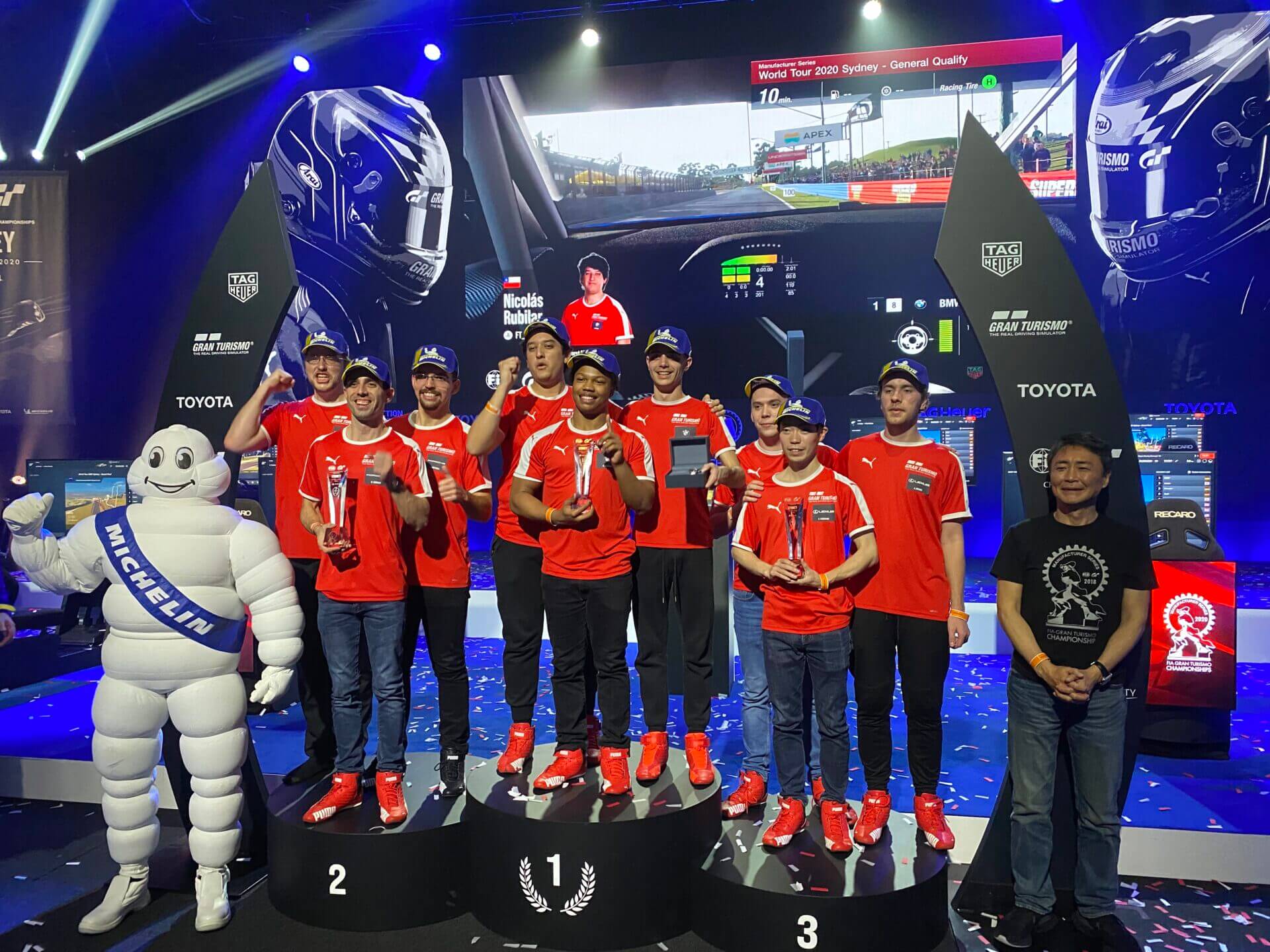 The BMW team of Nicolas Rubilar, Coque Lopez, and Randall Haywood put on a dominating performance at the first Gran Turismo World Tour event of 2020.

Starting on pole in the first Gr.4 race at Spa Francorchamps, the BMW M4 began on Medium tires and was quickly overtaken by Audi and Porsche, both on softer rubber. Aside from a brief challenge by Toyota, the three German marques essentially controlled the race. However, using their soft tires in their first stint would eventually come back to haunt Audi and Porsche.

With the blisteringly-fast Coque Lopez behind the wheel to finish the race on Soft tires, BMW was able to re-take the lead and easily defend against its challengers stuck on the slower compounds. 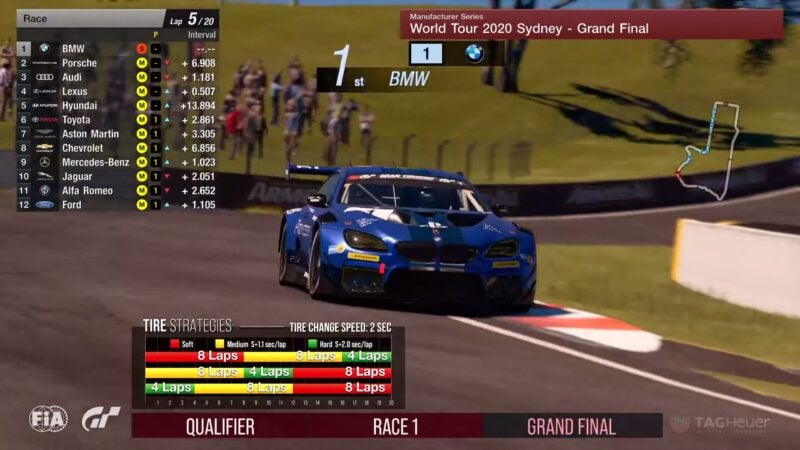 In the Grand Final at Bathurst, BMW started the race on pole with Softs — the only team on the grid to do so. Nicolas Rubilar quickly pulled away from the rest of the pack and managed to get nine impressive laps out of the tires, building up a gap of more than 22 seconds. Randall Haywood and Coque Lopez followed up with more impressive performances on the harder compounds, maintaining a healthy gap to Porsche, Audi, Toyota, and Lexus. BMW’s lead was never really in doubt, and crossed the finish line in first place to cap off a perfect performance in Sydney.

The team’s success was the result of a lot of hard work and research that began last year.

“Basically, we took all the 2019 season to maximize the fuel in the car, to get enough speed and go full throttle while shifting the right way,” said Rubilar.

There is also a great sense of friendship and camaraderie between the teammates, who specifically chose to work with one another. “We actually planned to be teammates in Nurburgring. We all met up on the final day of the Nurburgring 24 hours [last year] and said, ‘Hey, we all like BMW, let’s team up’,” explained Haywood.

With BMW on top, Porsche and Lexus rounded out the podium in second and third, respectively. Lexus’ finish was especially popular, as it finally put fan-favorite (and seemingly cursed) Andrew Brooks on the podium at a World Tour event. 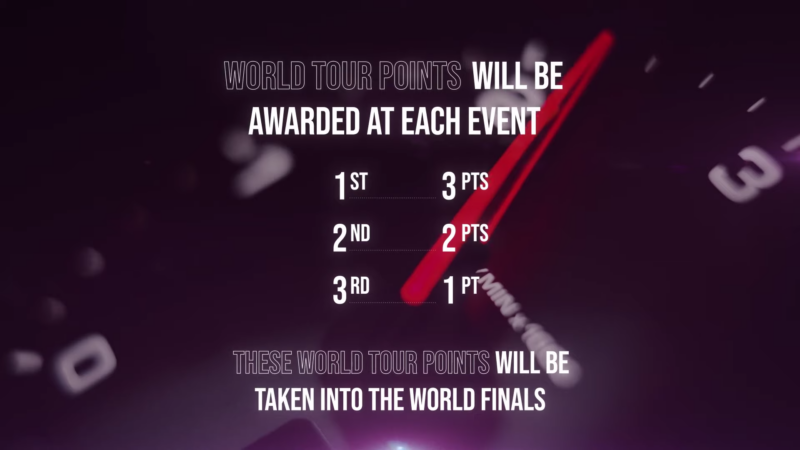 Notably, a special twist to the Manufacturer Series was revealed in Sydney. Manufacturers now receive “World Tour Points” for podium finishes at World Tour events, which will carry into the World Finals in Monaco at the end of the year. It’s a welcome addition to the Series which provides further incentive for manufacturers to turn in consistent performances at each live event.

The action continues from Sydney tomorrow as we turn our attention to the Nations Cup. Stay tuned!