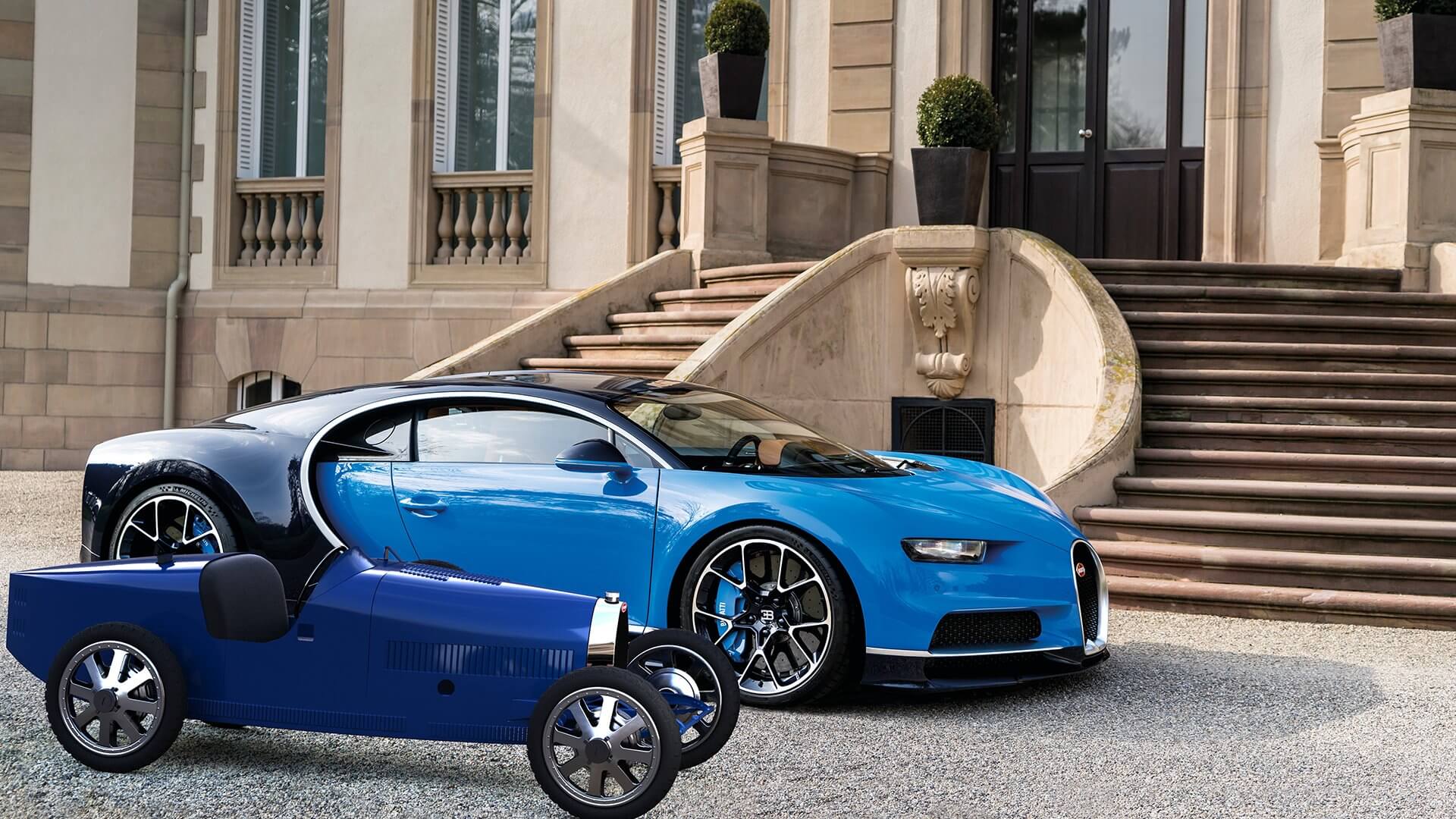 2019 is the 110th anniversary of the Bugatti brand. It’s celebrating with not only a limited edition model of the Chiron and the most expensive new car ever made in “La Voiture Noire”, but another and surprisingly cheaper vehicle too.

Its origins date back to 1926, and the fourth birthday of Ettore Bugatti’s youngest son at the time. When you’re a successful racing driver and own an eponymous car company, the gifts you give to your children can be rather lavish. So it proved when Bugatti, and his eldest son Jean, chose to build Roland a Bugatti for his fourth birthday.

If you think that might be a bit too much car for a four-year old, Bugatti was well ahead of you. Roland’s Type 35 wasn’t the real deal, rather a 50% scale replica. It was electric too, with a rear axle motor and on-board battery pack.

Surprisingly, customers loved the “Baby” Type 35, and Bugatti put it into a 500-car limited production run as an official Bugatti vehicle. The last one rolled out of Molsheim in 1936 — but now it’s back. 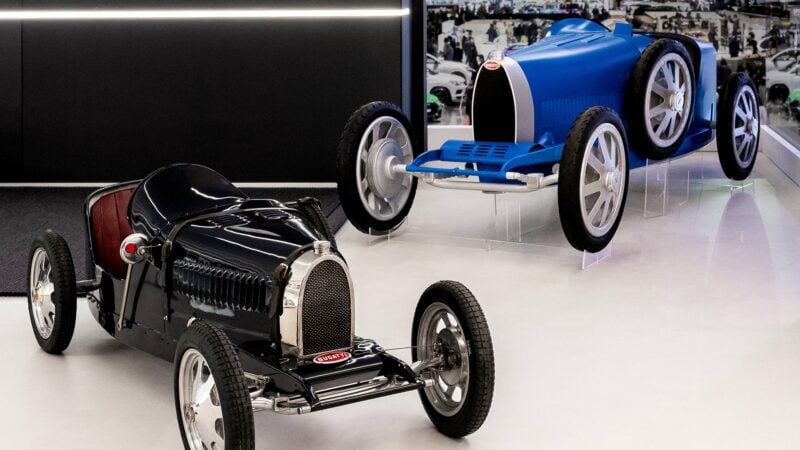 Some 90 years after the original Bugatti Baby, the brand brought a new version to the Geneva Motor Show this year. Just like the original, there’s just 500 units planned and, as of this morning, you can reserve your own build slot.

There’s a few differences between the Baby II and the first car. It’s slightly scaled up for a start, to 75% of the original. This allows adults — or at least those that can squeeze in — to drive it in addition to the children for whom they’re pretending to buy it.

Like bigger Bugattis, the Baby also comes with a “Speed Key”. This unleashes the full 10kW (13.4hp) fury of the car’s motors, and also removes the speed limiter.

Bugatti has based Baby II on a digital scan of an original 1924 Type 35. The car it displayed at Palexpo used 3D-printing, but Bugatti will hand build the full production model. That includes a leather seat, bespoke instruments, a scale version of the original Type 35’s steering wheel and a turned aluminum dashboard. All include the classic Bugatti badge, made from two ounces of solid silver and — for cars made in 2019 — a “110ans” crest.

Andrew Evans · Mar 11, 2019· Comments
Gran Turismo series partner Toyota has revealed a special, limited edition version of its Toyota Yaris hatchback, which not only bears the Gran Turismo 7 name but comes with a free copy of the game and a PlayStation 5 console.

Andrew Evans · Mar 11, 2019· Comments
After it surprisingly revealed a new car at the Consumer Electronics Show (CES) in 2020, Sony has taken the covers off a second model at this year’s show — and it looks like it might be planning to build them.

Andrew Evans · Mar 11, 2019· Comments
Porsche has officially taken the covers off its Vision Gran Turismo car, designed specifically for Gran Turismo 7 when it launches on March 4.

Andrew Evans · Mar 11, 2019· Comments
MG’s specialist design center, SAIC Design in London, has created a new concept car that’s not only inspired by gaming, but a games room itself.

Michael Leary · Mar 11, 2019· 13 Comments
Although Lamborghini has now officially pulled the wraps off its latest nostalgia project, the Countach LPI 800-4, you’re already too late to buy one.

Andrew Evans · Mar 11, 2019· 21 Comments
Genesis has unveiled a trio of new racing car concepts designed in collaboration with Gran Turismo, destined to take their places in the racing game series in the near future.

Andrew Evans · Mar 11, 2019· Comments
Nissan has taken the covers off the latest model of its flagship performance car, the GT-R Nismo, ahead of its market launch later this year.