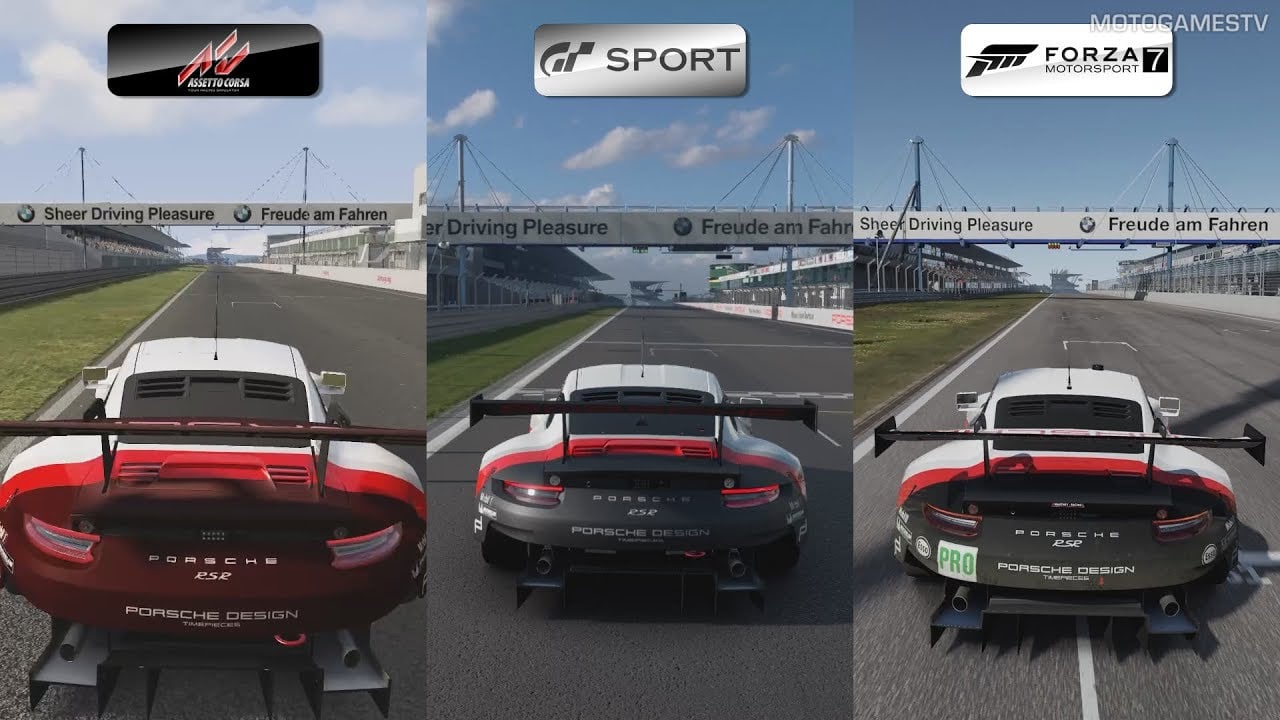 As the Porsche 911 RSR unexpectedly landed in Forza 7 this week, the vehicle has become a new comparison point between the generation’s top racing games. The RSR is now widely available to drive in the genre, appearing in GT Sport, Assetto Corsa and of course, Forza 7. Comparison expert MotogamesTV has put each title up against each other in a new video.

The comparison takes place on the Nurburgring GP circuit, fitting for one of Germany’s finest modern race cars. Showing off a single lap on the famous circuit, car audio and camera views change throughout the run. GT Sport is being played on a base PlayStation 4 system whilst Forza 7 and Assetto Corsa are running on the Xbox One X. This is an important consideration when analysing which of the games look (and sound) the best.

Sound wise it seems like Assetto Corsa stands above the rest. The developments in GT Sport’s sound design mean it isn’t as far away as the series once was, showing definite improvement. Turn 10’s signature gritty and exaggerated engine sounds make the Porsche sound quite different from the other two.

Graphically, it’s unsurprising that Forza 7 and GT Sport are neck and neck. The added power of the Xbox One X makes FM7 very nice to look at and it just about matches GT Sport in visuals. As is often the case though, Polyphony’s superior lighting engine seems to give it a slight edge. Assetto Corsa, whilst pretty, visually falls short of the other two by comparison.

Watch the video and make your own mind up – which game do you think sounds and looks the most impressive?