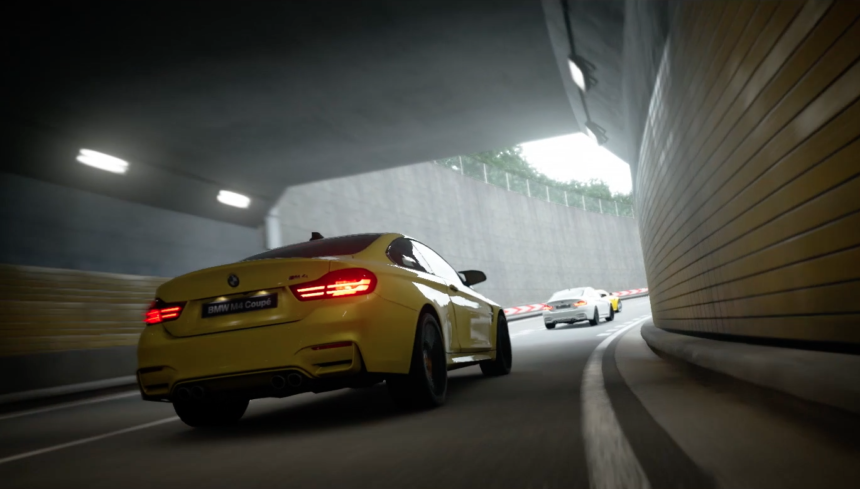 New direct-capture recordings from Polyphony Digital have been released, this time steering our attention from the winding sections of the Green Hell to neck-and-neck high-speed racing on the streets of Japan’s largest metropolis.

The video at the top features the familiar BMW M4 Coupe, going strong against other rivals in the road-going Gr. N class. When there are no tunnels and tall walls surrounding the track, the huge city can be seen under considerably cloudy skies. If you look carefully, you should be able to catch the racing Toyota S-FR in action, initially revealed earlier this September.

At the same track in the video below you can follow another close competition, this time starring the new-look Audi R8 LMS and its Gr.3 buddies. This one takes place during a dramatic sunset.

Gran Turismo Sport 61 Mar 30 by Andrew Evans
Polyphony Digital has taken the rather unusual step of announcing a raft of changes coming to a future game update well in advance of the update itself. There’s no mention…

Gran Turismo Sport 613 Mar 30 by Andrew Evans
There’s another set of three GT Sport Daily Races for players to get their teeth into this week, and it’s an unusual mix which feature no road cars at all.…

Gran Turismo Sport 268 Mar 27 by Andrew Evans
You’re going to need plenty of spare cash in GT Sport to get involved in this fortnight’s Time Trials, as it’s all about rare, road-going racers from the 1960s. The…

Gran Turismo Sport 613 Mar 23 by Andrew Evans
It’s all-change again as a new week is upon us, and brings a new set of Daily Races in GT Sport. This week’s trio contains two sets of race cars,…

Gran Turismo Sport 166 Mar 21 by Jordan Greer
It might be hard to believe, but our community has hosted over 50 GT Sport Livery Editor competitions since GTPlanet user syntex123 launched the official contests two years ago. To celebrate…