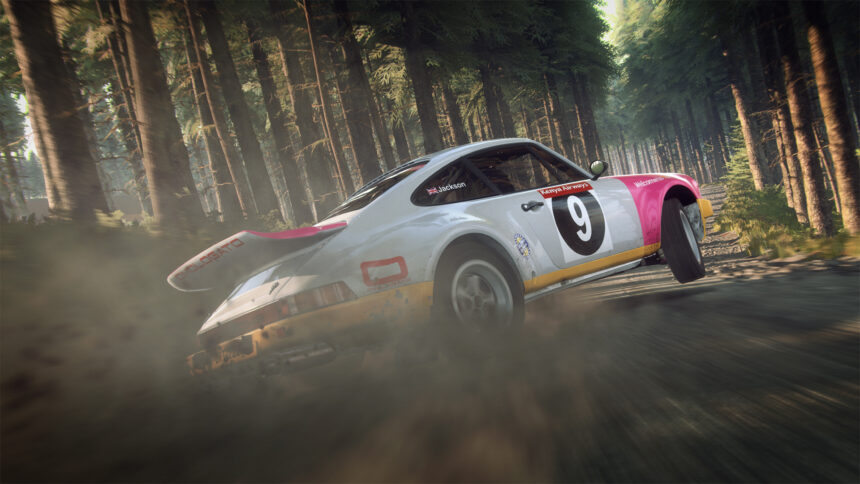 Codemasters has unveiled what rally sim players can expect for the next batch of DiRT Rally 2.0 post-launch content. Majoring on rallycross content, it will also include classic rally content when it begins arriving June 4.

Much like the current season, which wraps up with the returning German Rally next week, S2 will alternate between car and track releases. Things kick off with a pair of Group B models at the start of June in the shape of the Peugeot 205 T16 Rallycross and Ford RS200 Evolution. 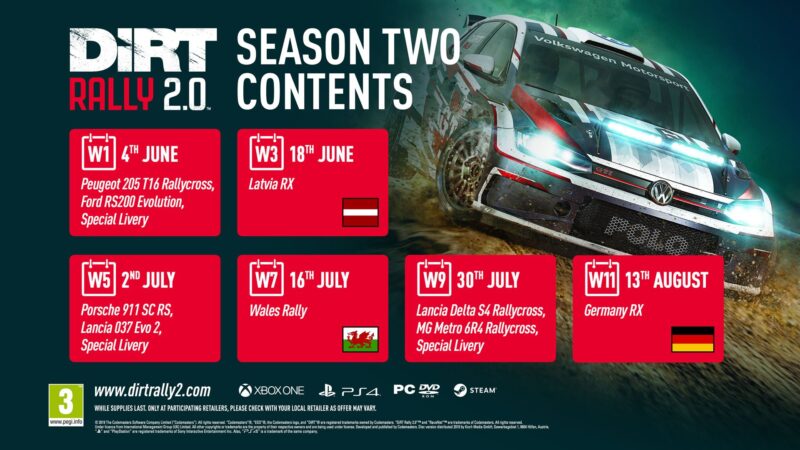 The following month will begin with a new car and a returning face: the Porsche 911 SC RS and Lancia 037 Evo 2. What’s more, the 911 will show up in Ryan Champion’s recent East African Safari Classic livery. Champion worked with the DR2 team as a handling consultant.

July will wrap up with two boxy rallycross Group B machines from Lancia and MG.

On the intervals between the new car arrivals, players will find Latvia RX (June 18), Wales Rally (July 16), and Germany RX (August 13). If that lead image is any indication, the combo of classic 911 and Wales should make for a steep, wheel-lifting challenge. We accept.

Like the last season, owners of the Deluxe Edition or the Season Pass will get all the content as it releases. Those that don’t have the option of purchasing individual pieces in their digital marketplace of choice.

DiRT Rally 2.0 DLC
31 Comments Discuss this post in our forums...
Can You Beat the Impossible Gran Turismo Quiz?