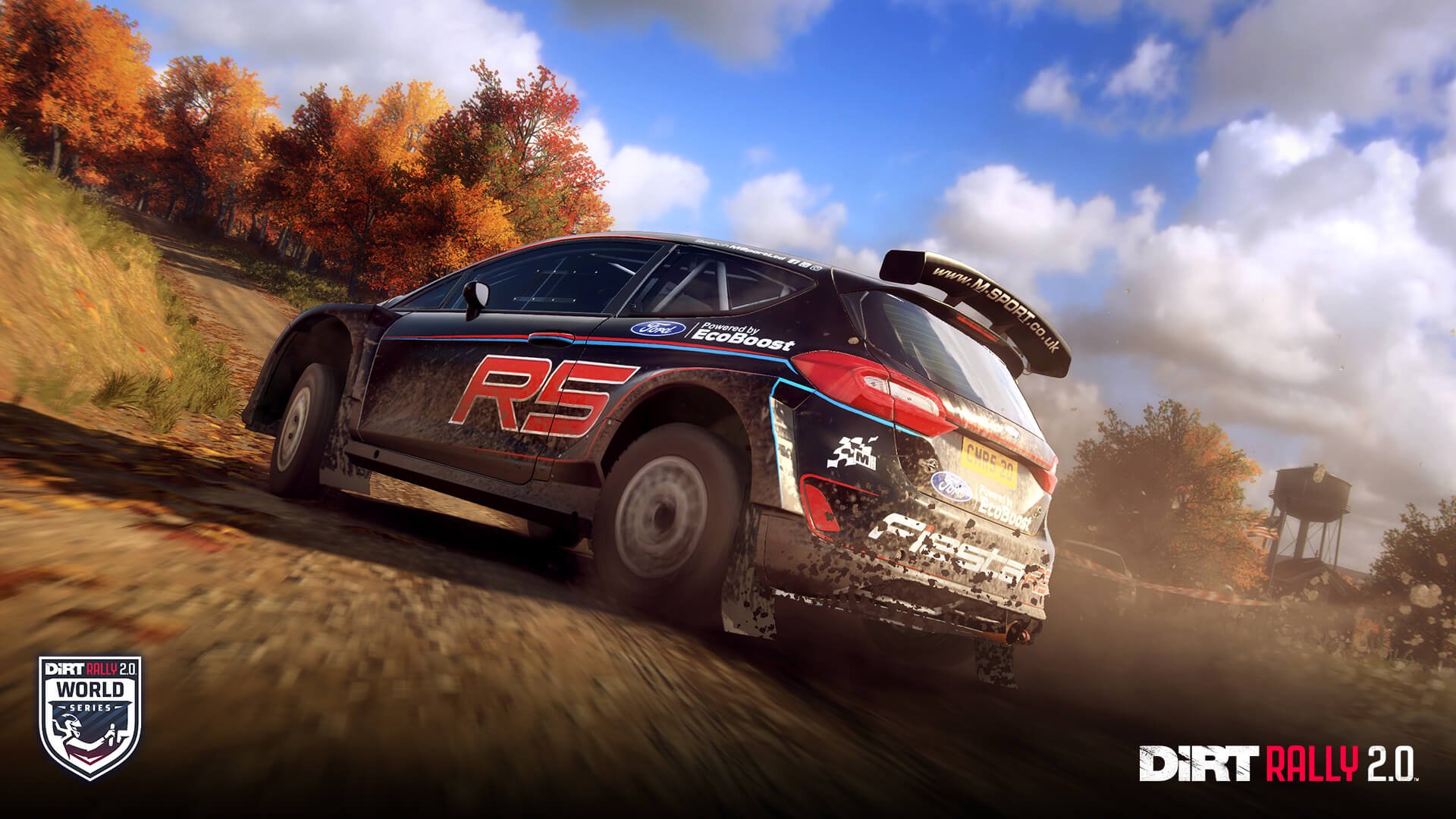 All eyes may be on the next title in the DIRT series, DIRT 5, but DIRT Rally 2.0 still has a few things to give. Today, Codemasters has announced that the World Series esport competition, running in DR2, will return for 2020.

The first series ran through fall and winter last year, ending with a live final event at the Autosport International Show in Birmingham, UK. That saw Quentin Dall’Olmo of France crowned the first ever DR2 world champion in the rallycross segment, and Finland’s Joona Pankkonen — also the DIRT 4 world champion — win in the rally class.

As with the 2019 event, the second World Series will see drivers take each other on in two different disciplines. Codemasters has doubled the available prize money, to a $10,000 prize pool for each category, and there’s a very special prize awaiting the this year’s rallycross champion.

There’s qualifiers to get out of the way first though, and these get underway on August 25. The qualifying event is open to all DR2 players across PC, PS4, and Xbox, under the World Championship tab in the game’s main menu.

This year there’s three separate qualifiers, made up of three rounds each ahead of a livestreamed final. The fastest time in each round, along with the three fastest runners-up (two in rallycross) on cumulative time, will advance to the qualifying final for that event. Each qualifying final will send two drivers to the playoff stage.

The full schedule for the qualifiers is below:

At the end of all of this, the six finalists in each class will then meet in a livestreamed semi-final, on December 19. That will determine the players for the live final — again at the Autosport International Show — on January 16 next year.

In addition to the prize money, the winner in the rallycross class will receive the chance to drive a new rallycross car. The car in question is a QEV, a 335hp, all-electric machine that will be the basis of the 2021 FIA eRX2 Championship.

All players who enter the qualifiers will also receive a free in-game car. The new Ford Fiesta R5 MKII will become available in the v1.16 update in October, and be gifted to players who take part in any qualifying event.

“The DiRT Rally 2.0 World Series surpassed our expectations. We knew there was an appetite, but we didn’t expect the vast level of participation and engagement. Now we get to do it all over again with a bigger event and even more prize money. We are also delighted to reward players with the in-game Ford Fiesta R5 MKII and hope this is an added incentive for players of all levels to get involved.”

Andrew Evans · Aug 18, 2020· Comments
Usually a game update is a time of joy, but today’s update to DIRT Rally 2.0 will be tinged with some sadness for the game’s fans. It’s a relatively small update, but with major implications: it represents the end of the road for DR2.

Andrew Evans · Aug 18, 2020· Comments
DiRT Rally 2.0 players could win a trip to Washington for a rally school lesson from Oliver Solberg, in a new competition that starts today.

Andrew Evans · Aug 18, 2020· Comments
The realities of coronavirus quarantines around the world are starting to set in, but for PlayStation gamers at least there’s a crack of light peeking through the gloom. Off-road racing sim DiRT Rally 2.0 will become available for free to all PS Plus subscribers this month.

Michael Leary · Aug 18, 2020
Codemasters has announced a new version of DiRT Rally 2.0 that veterans and newcomers alike will be able to get their hands on later this month. Dubbed the Game of the Year Edition, this new release includes over 80 cars and 26 locations.

Andrew Evans · Aug 18, 2020· Comments
As teased earlier in the week, there’s something new coming to DiRT Rally 2.0 soon. Codemasters has now revealed all, and in March players can take part in a celebration of all things Colin McRae.

Andrew Evans · Aug 18, 2020· Comments
If you’re still undecided on whether to pick up DiRT Rally 2.0 or not, Codemasters has released something to help you make your mind up.