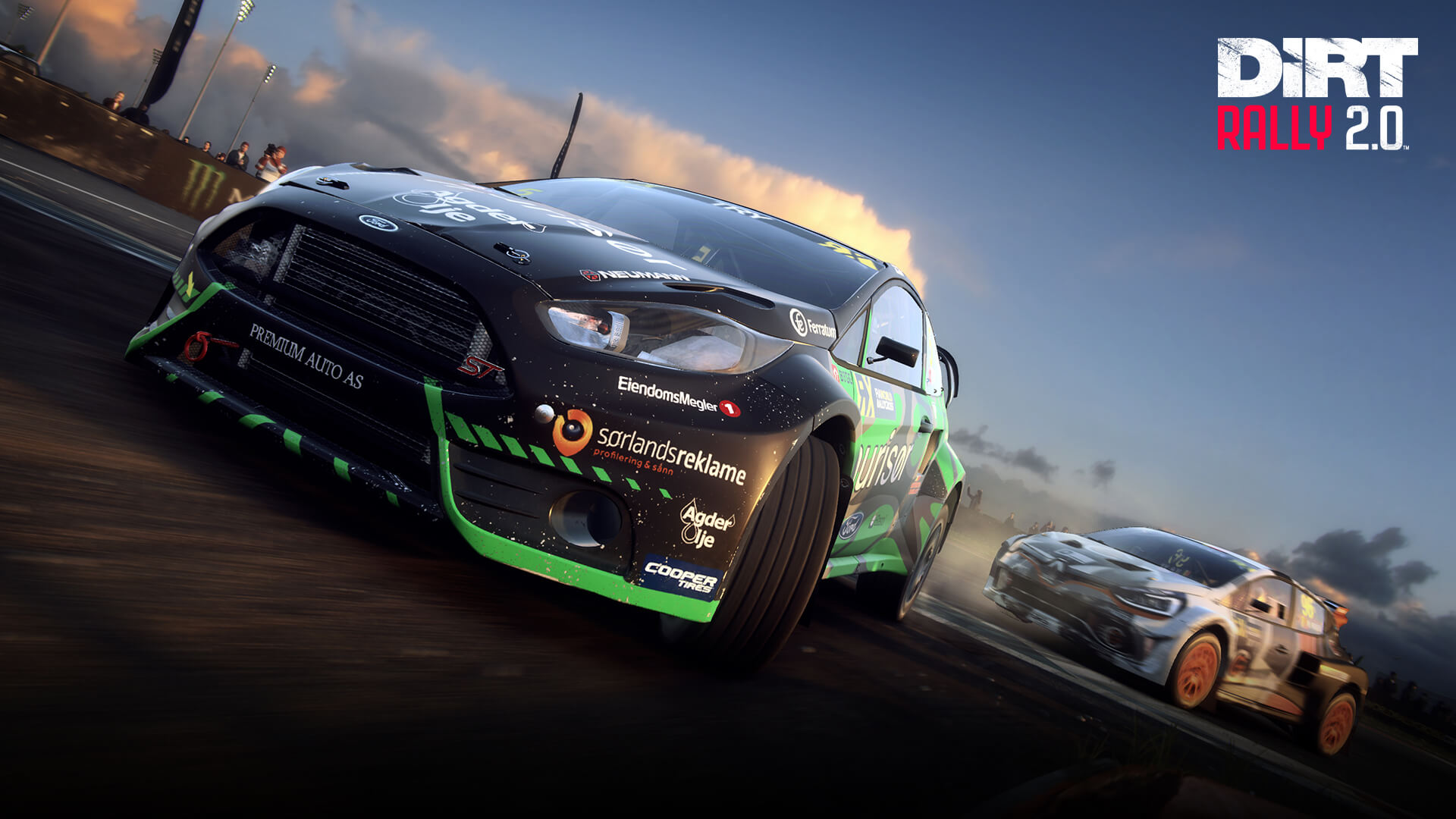 Codemasters’ DiRT Rally 2.0 has continued to run strong, with Season 4 kicking off last November. The fourth season has brought new rally venues and, of course, new cars to the game.

Earlier this month, the Renault Megane R.S. RX, SEAT Ibiza RX, and the Ford Fiesta MK8 Rallycross made their way to the DR2 roster. Tomorrow, January 28, the final batch of cars are set to debut, and they are as follows:

With all three RX Supercars sending at least 600hp to all four wheels, there will be plenty of fun to be had. If that weren’t enough, the machines accelerate to 60mph in 1.9 seconds — that’s F1 levels of quickness. In addition to the three new cars, the update also brings with it a special livery pack.

Meanwhile, ahead of tomorrow’s update, Codemasters has already begun to tease what’s next for the game. In a 12-second teaser on the DiRT YouTube channel, the studio shows some snippets of a rally car tackling a circuit in the black of night. All we can make out is the car in question is may very well be the 1997 Subaru Impreza WRC driven by the late Colin McRae — the gold, eight-spoke Speedline wheels are something of a giveaway.

Other than that, and the fact that whatever it is will be coming in the spring, the teaser doesn’t reveal any further information. We can’t even make out the venue for the video. If you have an idea of what it could, sound off and let us know what you think.

The final update of Season 4 goes live tomorrow, January 28, and will be available on the PlayStation 4, Xbox One, and PC platforms.

Andrew Evans · Jan 27, 2020· Comments
Usually a game update is a time of joy, but today’s update to DIRT Rally 2.0 will be tinged with some sadness for the game’s fans. It’s a relatively small update, but with major implications: it represents the end of the road for DR2.

Andrew Evans · Jan 27, 2020· Comments
All eyes may be on the next title in the DIRT series, DIRT 5, but DIRT Rally 2.0 still has a few things to give. Today, Codemasters has announced that the World Series esport competition, running in DR2, will return for 2020.

Andrew Evans · Jan 27, 2020· Comments
DiRT Rally 2.0 players could win a trip to Washington for a rally school lesson from Oliver Solberg, in a new competition that starts today.

Andrew Evans · Jan 27, 2020· Comments
The realities of coronavirus quarantines around the world are starting to set in, but for PlayStation gamers at least there’s a crack of light peeking through the gloom. Off-road racing sim DiRT Rally 2.0 will become available for free to all PS Plus subscribers this month.

Michael Leary · Jan 27, 2020
Codemasters has announced a new version of DiRT Rally 2.0 that veterans and newcomers alike will be able to get their hands on later this month. Dubbed the Game of the Year Edition, this new release includes over 80 cars and 26 locations.

Andrew Evans · Jan 27, 2020· Comments
As teased earlier in the week, there’s something new coming to DiRT Rally 2.0 soon. Codemasters has now revealed all, and in March players can take part in a celebration of all things Colin McRae.

Andrew Evans · Jan 27, 2020· Comments
If you’re still undecided on whether to pick up DiRT Rally 2.0 or not, Codemasters has released something to help you make your mind up.