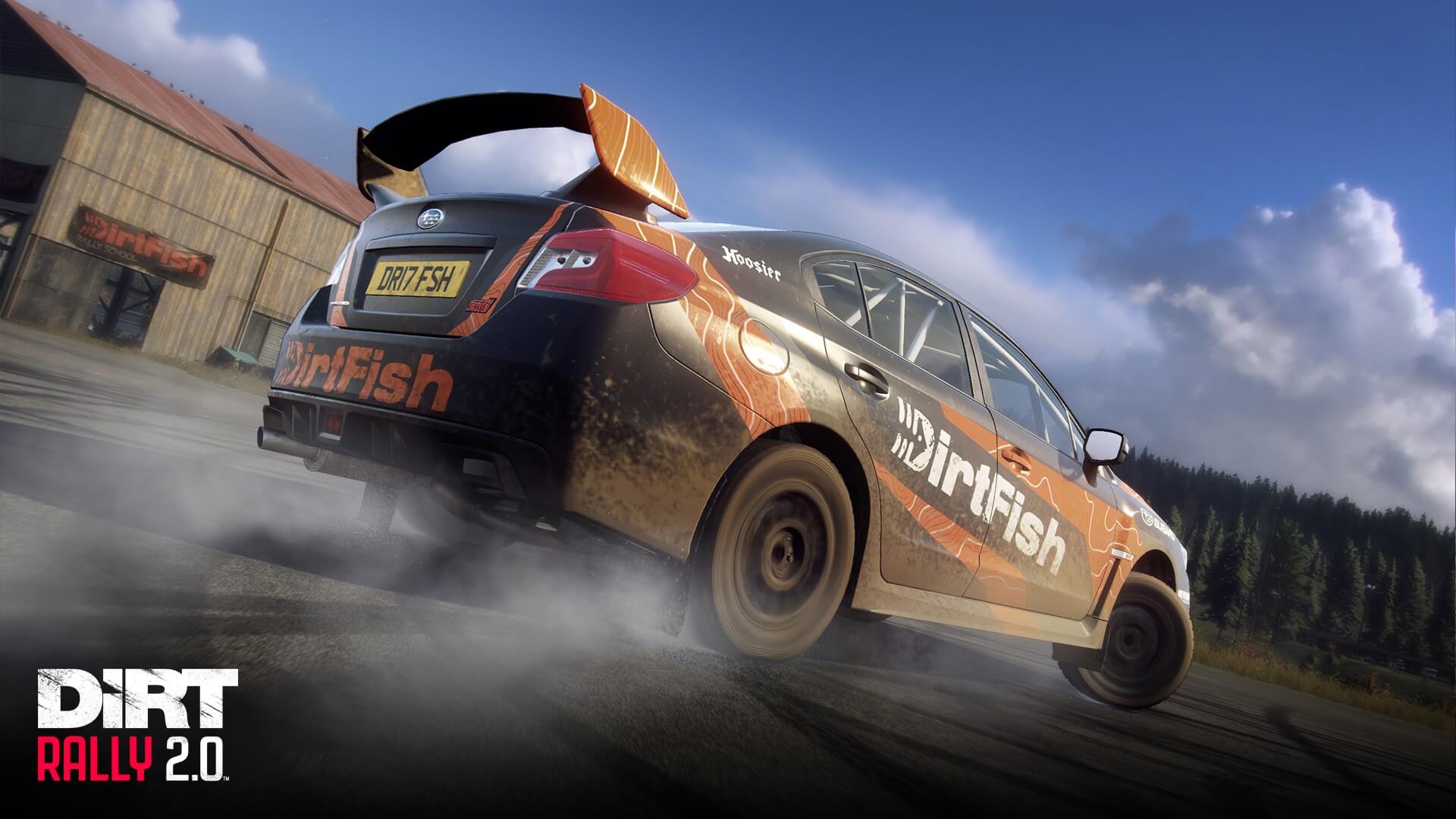 DiRT Rally 2.0 players could win a trip to Washington for a rally school lesson from Oliver Solberg, in a new competition that starts today.

The Solberg World Cup, which starts today and runs for six rounds over the next nine weeks, is open to all players who sign up. Those who already entered The Solberg Race a few weeks back — and there were over 4,000 participants — are also automatically entered.

Solberg, son of 2003 World Champion Petter Solberg, has set up the competition to pass the time while the motorsport world has hit the pause button. Speaking in the event’s reveal announcement, the 18-year old RallyX Nordic champion said:

“The response from The Solberg Race was unbelievable and more than I could have expected. That was fantastic. I’ve got to be honest, when I was doing that event, I was thinking a little bit about a championship.

“These days are quite strange for all of us, so the chance to think about something other than what’s going on in the world is good right now. That’s the plan. I want to make people think about the next round of the championship, how they’re going to prepare, set the car up and do their recce. This could really give us all something to talk about.”

The event starts today, with Rally Monte Carlo, before heading across to five other WRC locations. Some of the events are open for two weeks, some for just one, and you’ll be piloting a R5 rally car in all six. The full schedule is as follows:

Each event will give points to the top 500 classified drivers, using DiRT Rally 2.0’s regular clubs points structure. On top of that, there’ll be bonus points on offer for the final stage, with an extra 50pt for the fastest driver down to a 10pt bonus for the fifth fastest.

There’s prizes on offer for the top three finishers in each event, and for a randomly picked selection of other entrants. However the grand prize is reserved for the top-ranked driver across the whole championship. That’s an all-expenses paid trip for two to the DirtFish Rally School in Seattle, Washington, and hands-on rally tuition from Oliver Solberg himself — along with some DirtFish kit to take home as a memento.

You will need access to the DLC locations in DiRT in order to participate, but other than that the event is open across PS4, Xbox and PC. The Solberg World Cup appears in the RaceNet Clubs section of the game for all entered players.

Andrew Evans · Apr 13, 2020· Comments
Usually a game update is a time of joy, but today’s update to DIRT Rally 2.0 will be tinged with some sadness for the game’s fans. It’s a relatively small update, but with major implications: it represents the end of the road for DR2.

Andrew Evans · Apr 13, 2020· Comments
All eyes may be on the next title in the DIRT series, DIRT 5, but DIRT Rally 2.0 still has a few things to give. Today, Codemasters has announced that the World Series esport competition, running in DR2, will return for 2020.

Andrew Evans · Apr 13, 2020· Comments
The realities of coronavirus quarantines around the world are starting to set in, but for PlayStation gamers at least there’s a crack of light peeking through the gloom. Off-road racing sim DiRT Rally 2.0 will become available for free to all PS Plus subscribers this month.

Michael Leary · Apr 13, 2020
Codemasters has announced a new version of DiRT Rally 2.0 that veterans and newcomers alike will be able to get their hands on later this month. Dubbed the Game of the Year Edition, this new release includes over 80 cars and 26 locations.

Andrew Evans · Apr 13, 2020· Comments
As teased earlier in the week, there’s something new coming to DiRT Rally 2.0 soon. Codemasters has now revealed all, and in March players can take part in a celebration of all things Colin McRae.

Andrew Evans · Apr 13, 2020· Comments
If you’re still undecided on whether to pick up DiRT Rally 2.0 or not, Codemasters has released something to help you make your mind up.