We were lucky enough to get our grubby mitts on F1 2019 earlier this week. Codemasters invited us to Hamburg to try it, and while we put in as much time behind the wheel as we could — impressions coming soon — we also got a rare chance to talk to the team behind the title.

After talking with head man Lee Mather ahead of F1 2018, we’ve changed gears and sat down with David Greco. An accomplished racer (both digitally and in the real world), Greco is the lead handling designer for F1 2019. With this year’s title set to be the biggest and most realistic yet, we talked to him about the balancing act of realism and accessibility, those shiny new Formula 2 cars, and the rarity of the wagging finger…

GTPlanet: First of all, I’ve really enjoyed it so far, my time with it. But I wanted to try them right away, the F2 cars — they’re new for this year…

David Greco: Have you tried them?

GTP: Yeah, that checks out! It’s more difficult, but a good challenge: like getting on the power, it’s more of a roll…

GTP: Exactly. So we wanted to ask you, what was the challenge involved in bringing in a new class of car?

DG: Well I don’t think it’s much of a challenge or anything, since we have all sorts of different classic cars, and they’re all quite different from each other. We go from ’72 to 2010 in the classics, and it’s just another car to make, really. We know that we have specific engines, we know the dimensions of the cars, the tires, roughly the downforce they have, the power output. Put all those things together within our physics engine and you get a car that is completely different from the other ones. 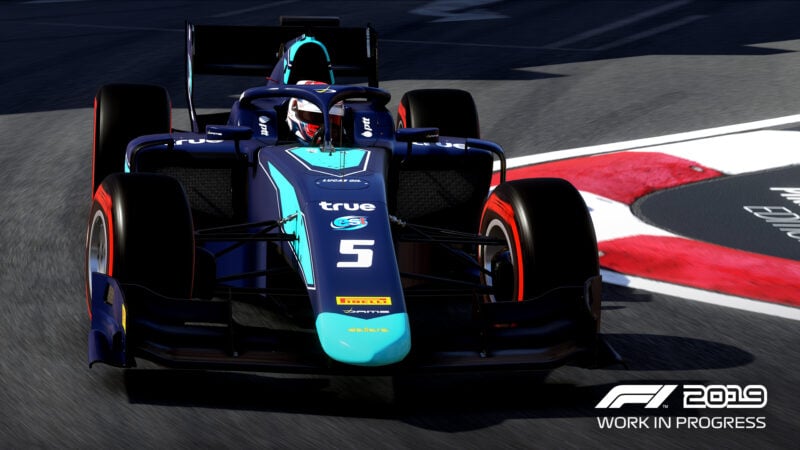 GTP: Talking about the physics engine, you guys are constantly working on it every year, can you tell us — and the nerdier sim racers out there — what sort of nitty-gritty changes you’ve done for the latest model?

DG: We’ve polished some problems we had in the past. What I have done that I think will go over well with the hardcore sim racers is I have given much more grip loss to the tire when you’re outside the peak. So in theory — at least this is how I feel, and is what has happened to me — you have to be much smoother, and more like real life. Less sliding around!

GTP: That’s great to hear. So F1 is the most popular motorsport in the world. Given that, how do you balance the approachability with the realism?

DG: I have this philosophy: a racing car is easy to drive. But it’s difficult to be fast with it. So being easy to drive, automatically, anybody can just pick it up and play with it. And if that’s not enough, we put an available layer of assists on it. All of this combined I think makes it so that we can reach a very broad audience.

GTP: That makes sense. You actually started that one by sort of answering our next question: what are your personal thoughts on some sim racers’ idea that harder equals more realistic? 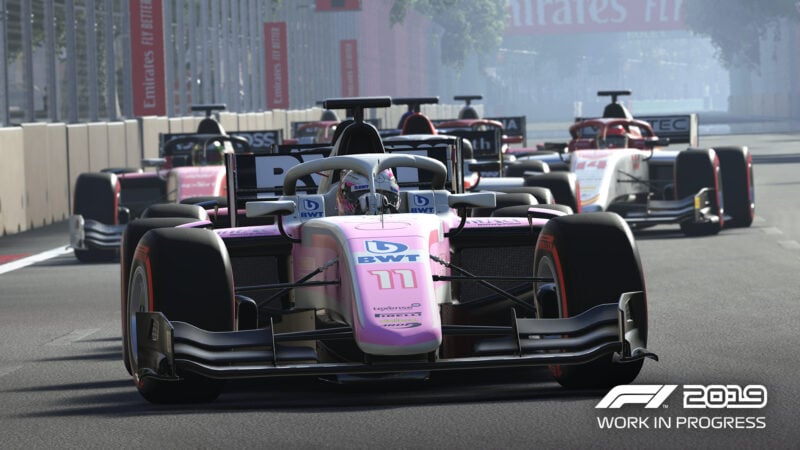 GTP: Not everyone can be Brendon Leigh?

DG: No, not everyone, there you go! Otherwise everyone would be Brendon, right?

GTP: And that’s just not the case. There’s only one.

DG: Just one. With his finger.

GTP: Let the record show David is wagging his finger.

GTP: That brings us to the next question: esports are becoming a bigger thing every year for the F1 games, and it’s even bigger this year with that half-million prize pool. How has the esports side influenced your job?

DG: Well it’s influenced… not my job so much. Because I have always had an esports passion. I do esports myself. So I always wanted to bring my esport experience and my handling to the game. So in that sense it hasn’t changed much. But in the game, it changed: everyone now understands esports is a big thing. So everyone, whatever they do, is also thinking on how it will impact the esport. For example we emphasize a lot now making the network much better. The net code has improved, we have more people working on it. We have more customization, in the online too, so people can have their own leagues, their own car, their own liveries. It’s much more personal. We’ve seen in sim racing, you have your team, with your team you have your liveries, so perhaps now it’s the start of something more like that in the F1 world. 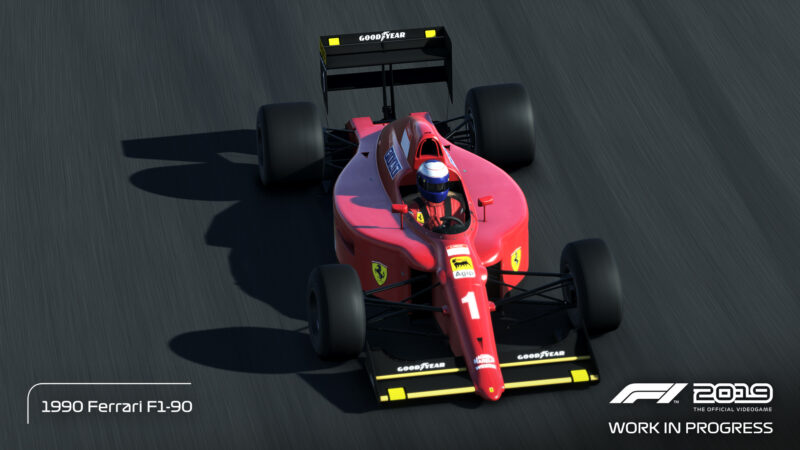 GTP: That’ll be great to see. We’ll just end with one quick question: Senna or Prost?

DG: When I was a kid, I would’ve said right away Senna. But because I’ve become a good friend with Nico Prost — Alain’s son — I would say Prost now. So I’m happy with both!

Andrew Evans · May 3, 2019· Comments
Motorsport is proving just about impossible to stage right now, with quarantine measures, travel restrictions, and even just concern for the safety of drivers, team personnel and fans. With the backdrop of the current global climate, esports has really started to take its chance to shine.

Michael Leary · May 3, 2019· Comments
If you have yet to take last year’s Formula One game for a spin, now is the perfect time. There’s now a free trial of F1 2019 available on Steam, Xbox Live, and the PlayStation Store, until March 18. That gives players eight days to dive into Codemasters’ 2019 F1 effort and see what all the fuss is about.

Andrew Evans · May 3, 2019· Comments
F1 fans, your long winter doldrums are nearly over. The 2020 Formula One World Championship gets underway this weekend with the traditional curtain-raiser in Australia.

Andrew Evans · May 3, 2019· Comments
The F1 Esports New Balance Pro Series reaches its climax this evening, and for the first time in three years there’ll be a new champion lifting the trophy.

Michael Leary · May 3, 2019· Comments
‘Tis the season to be streaming. With the holiday season in the air, Sony has added some new games to its PlayStation Now cloud gaming service. For sim-racing fans, one game in particular stands out among the others.

Michael Leary · May 3, 2019· Comments
The latest update for F1 2019 is now available on the PC and PlayStation 4 platforms. Version 1.08, dubbed the “Visual Update”, brings updated liveries and sponsor logos to all cars in the game.

Kyle Patrick · May 3, 2019· Comments
The latest version of F1 2019 is now available across all platforms. Version 1.07 follows a quick succession of updates since the game’s late-June release, focusing in on detail changes.

Kyle Patrick · May 3, 2019· Comments
The latest patch for F1 2019 landed on PC and PlayStation 4 earlier this week. It’s a small one, bringing with it a handful of useful improvements to Codemasters’ latest.