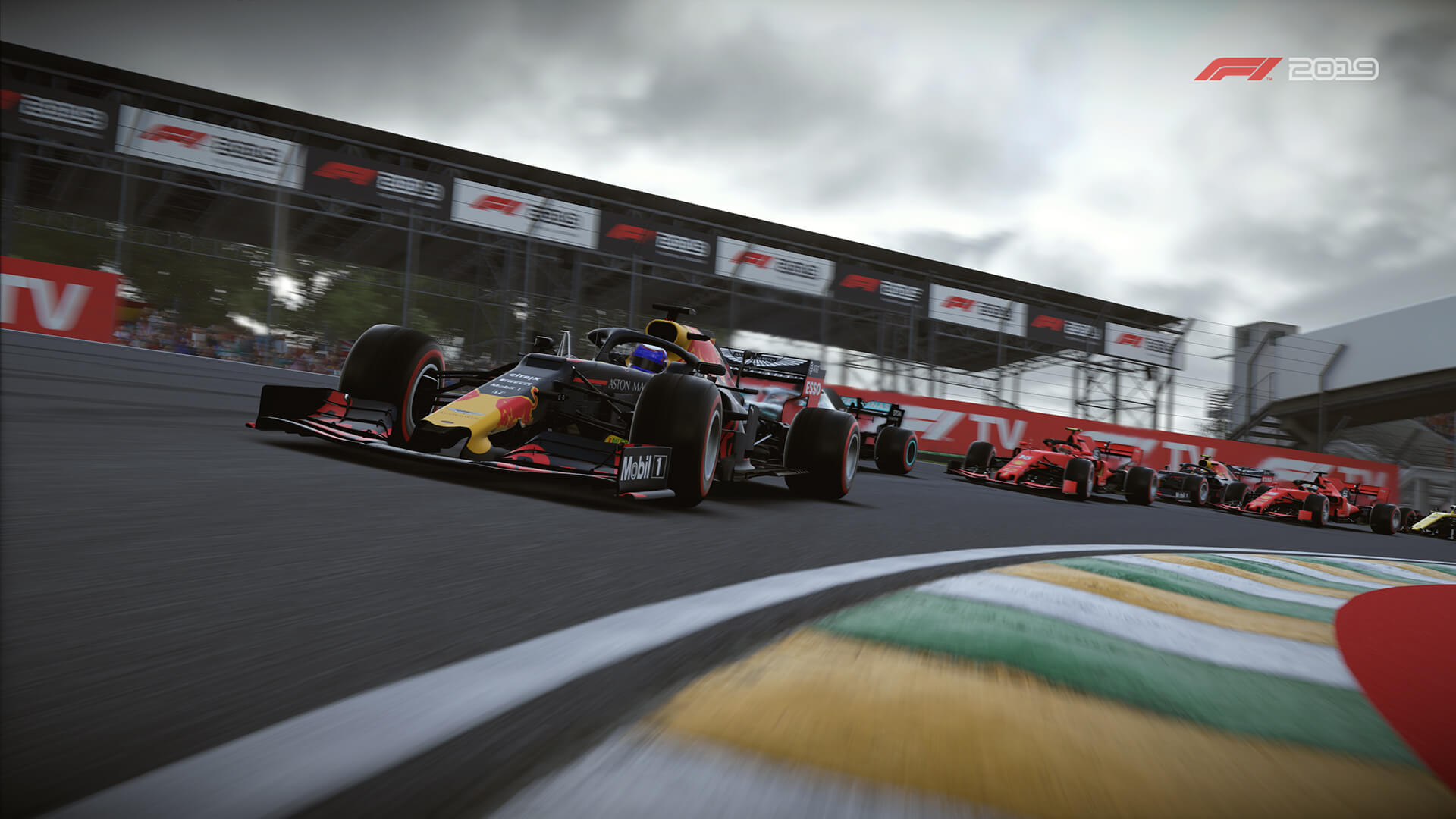 ‘Tis the season to be streaming. With the holiday season in the air, Sony has added some new games to its PlayStation Now cloud gaming service. For sim-racing fans, one game in particular stands out among the others.

Beginning today, subscribers to PS Now can put F1 2019 through its paces. This is a little unexpected considering the official Formula 1 racer only landed on store shelves in the summer. This year’s racer has plenty to offer, even more so than last year’s effort. When we reviewed it back in June, we called it “one of the most well-rounded, enjoyable titles in the genre”.

One important addition to the 2019 title is Formula 2, the penultimate step on the ladder. It isn’t a lip-service effort either, as players will have all of the drivers, cars, teams, and ruleset at their fingertips. While it may be the 2018 season where players begin their F2 journey, it feeds nicely into the main thrust of the game: racing in the 2019 season of the F1 circus.

This couldn’t happen at a better time, as the PS Now service is also offering a week-long trial period. That means that you could play this year’s F1 game for an entire week at no cost — assuming you cancel before the recurring monthly fee of $9.99 (£8.99, €9.99) kicks in. In addition to F1 2019, PS Now offers more than 700 games on demand from the PS4, PS3, and PS2 eras.

With this season’s festivities having wrapped up this past weekend, it won’t be much longer until F1 2020 is on the radar. If you’ve been looking for an excuse to play this year’s title, you may not find a better opportunity than this.

Andrew Evans · Dec 4, 2019· Comments
Motorsport is proving just about impossible to stage right now, with quarantine measures, travel restrictions, and even just concern for the safety of drivers, team personnel and fans. With the backdrop of the current global climate, esports has really started to take its chance to shine.

Michael Leary · Dec 4, 2019· Comments
If you have yet to take last year’s Formula One game for a spin, now is the perfect time. There’s now a free trial of F1 2019 available on Steam, Xbox Live, and the PlayStation Store, until March 18. That gives players eight days to dive into Codemasters’ 2019 F1 effort and see what all the fuss is about.

Andrew Evans · Dec 4, 2019· Comments
F1 fans, your long winter doldrums are nearly over. The 2020 Formula One World Championship gets underway this weekend with the traditional curtain-raiser in Australia.

Andrew Evans · Dec 4, 2019· Comments
The F1 Esports New Balance Pro Series reaches its climax this evening, and for the first time in three years there’ll be a new champion lifting the trophy.

Michael Leary · Dec 4, 2019· Comments
The latest update for F1 2019 is now available on the PC and PlayStation 4 platforms. Version 1.08, dubbed the “Visual Update”, brings updated liveries and sponsor logos to all cars in the game.

Kyle Patrick · Dec 4, 2019· Comments
The latest version of F1 2019 is now available across all platforms. Version 1.07 follows a quick succession of updates since the game’s late-June release, focusing in on detail changes.

Kyle Patrick · Dec 4, 2019· Comments
The latest patch for F1 2019 landed on PC and PlayStation 4 earlier this week. It’s a small one, bringing with it a handful of useful improvements to Codemasters’ latest.

Here’s How to Earn Every F1 2019 Trophy and Achievement

Kyle Patrick · Dec 4, 2019· Comments
Having trouble getting all the trophies and/or achievements in F1 2019? Good news, then: you’ve come to the right place.