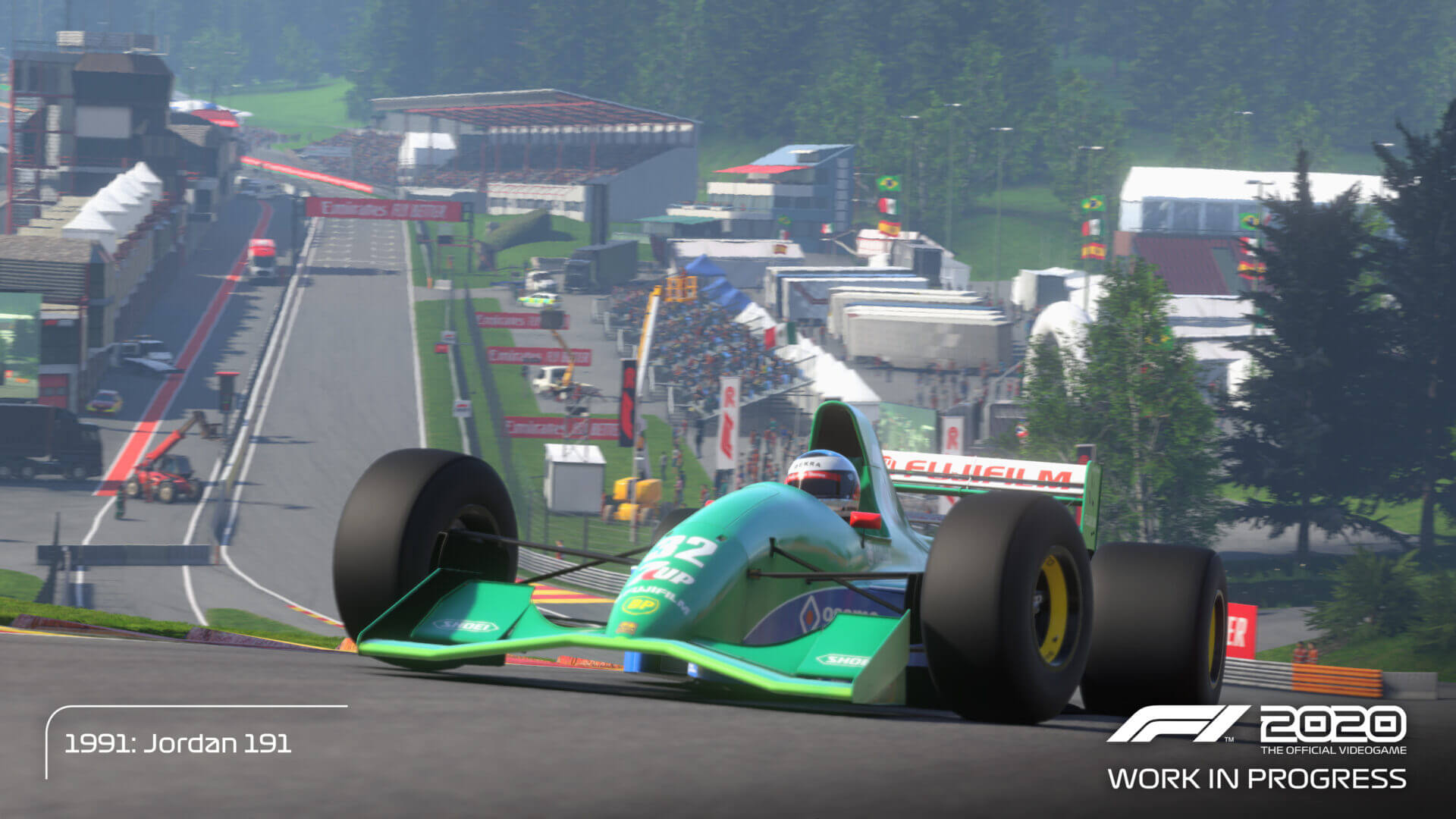 F1 2020 will be with us next month. We’ve seen plenty of the game in action, with previews of the new Circuit Zandvoort and Hanoi Street Circuit tracks, but Codemasters is now turning its attention to some of the other content.

As you’ll likely be aware from the original reveal announcement, one version of the game will focus on the most successful driver ever to race in F1: Michael Schumacher.

Across 15 full seasons before his retirement in 2006, Schumacher won 91 races from 234 starts, winning seven world driver titles — including a consecutive run of five from 2000-2004 — and never finished outside the top five in the championship on points. F1 2020 Deluxe Schumacher Edition pays tribute to the German, with some extra content by way of five of his most important race cars.

The special edition game naturally comes with Schumacher’s first ever F1 car, the Jordan 191. Schumacher made his debut in the Jordan in truly bizarre circumstances, filling in for Bertrand Gachot at the 1991 Belgian Grand Prix when the Luxembourg-born French driver was sent to prison in the UK for a road rage incident. Schumacher qualified the Jordan in its highest grid position that season.

After his debut for Jordan, Schumacher moved to the Benetton team, beating team-mate and triple world champion Nelson Piquet in two of the three races both cars finished that season. Over the next two seasons, Schumacher won two races for Benetton — firstly back at Spa, and then Portugal’s Estoril — before taking the wheel of the Benetton B194 in 1994.

The 1994 season is infamous, but also brought Schumacher his first world championship after six race wins in the first seven events, including F1’s dark weekend at Imola. You’ll be able to drive both that and the V10-powered B195 that followed, and took Schumacher to a second successive title. 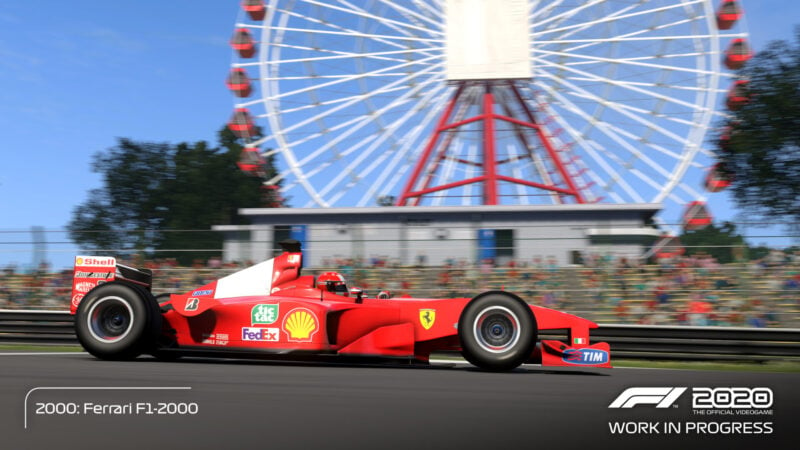 Of course it’s Ferrari that most people associate with Schumacher, as the German brought a first driver’s championship in over 20 years to a Ferrari driver — and the team’s first constructor title in 15 years the previous season. The F1-2000 was the car that started Schumacher’s run of five, and that comes along for special edition players too.

Those who pick up either the Schumacher Edition or the special 70th anniversary Seventy Edition will also be able to drive the Ferrari F2004, Schumacher’s last championship-winning drive. That’s updated for F1 2020, with a #1 on the nosecone and Schumacher’s name embossed on the headrest.

The Schumacher Edition also comes with three days early access, launching on July 7, and exclusive themed liveries and driver personalization items. That includes a unique podium celebration, presumably based on Schumacher’s own, seen regularly throughout the 1990s and 2000s.

You can watch a narrated preview video of the new content below: