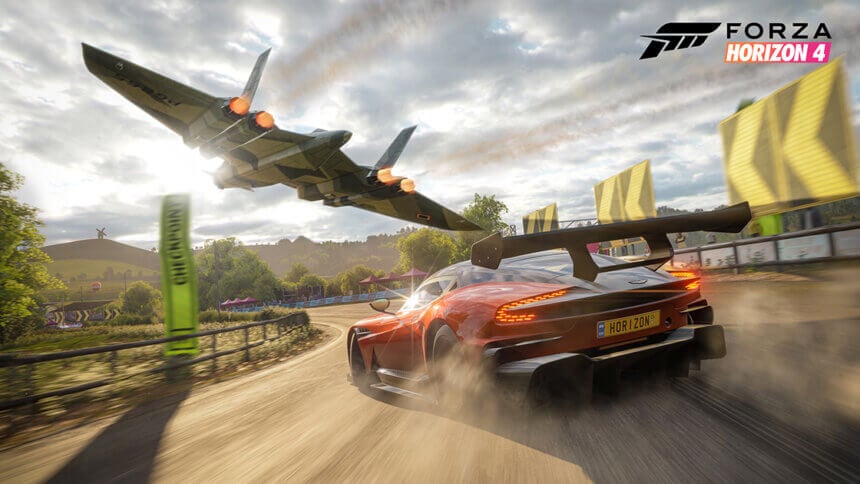 Forza Horizon 4 will become the first title in the Forza series to be available on PC via the Steam content delivery platform when it launches on March 9.

The news came as part of this month’s Forza Monthly broadcast, in which Playground Games revealed it had been working with Sumo Digital’s Nottingham studio to port the title to Steam, alongside its PC availability through the Microsoft Store.

FH4 is far from the first Microsoft Studios title to become available through Steam. Microsoft began to make its first-party games accessible on Steam in September 2018, with five low profile titles, before expanding the offering further over the following months. The available titles now number in the dozens, including Halo: The Master Chief Collection.

Naturally Steam provides a significant lure to publishers. It’s the largest digital game delivery platform on PC, accounting for around three-quarters of all game downloads on PC and registering more than 25 million users online each day. That covers a significant section of the PC gaming market, which FH4 can now tap into. Even though FH4 passed ten million players just over a year and a half ago, this could swell the playerbase yet further.

When it becomes available on Steam next month, it will also support cross-platform play. This means that players on Steam will be able to drive with fellow FH4 owners on Xbox and PC through the MS Store, and even those using Android phones. Steam will also support cloud saves, allowing players to move their progress across multiple PCs.

However the Steam version won’t support current FH4 game saves on other platforms, and we’d assume vice versa, so if you have a very well developed game save you might want to think twice.

Forza Horizon 4 will be available in three versions on Steam. There’s the Standard Edition which includes the game and the Formula Drift Car Pack, and the Deluxe Edition which adds the Car Pass and the Best of Bond pack. Finally there’s the Ultimate Edition, which also includes the Welcome Pack, VIP, and the Fortune Island and LEGO Speed Champions expansions.

Pricing for each will be available nearer launch, on March 9.

steam
10 Comments Discuss this post in our forums...
Test Your Badge Knowledge With Our Car Logo Quiz