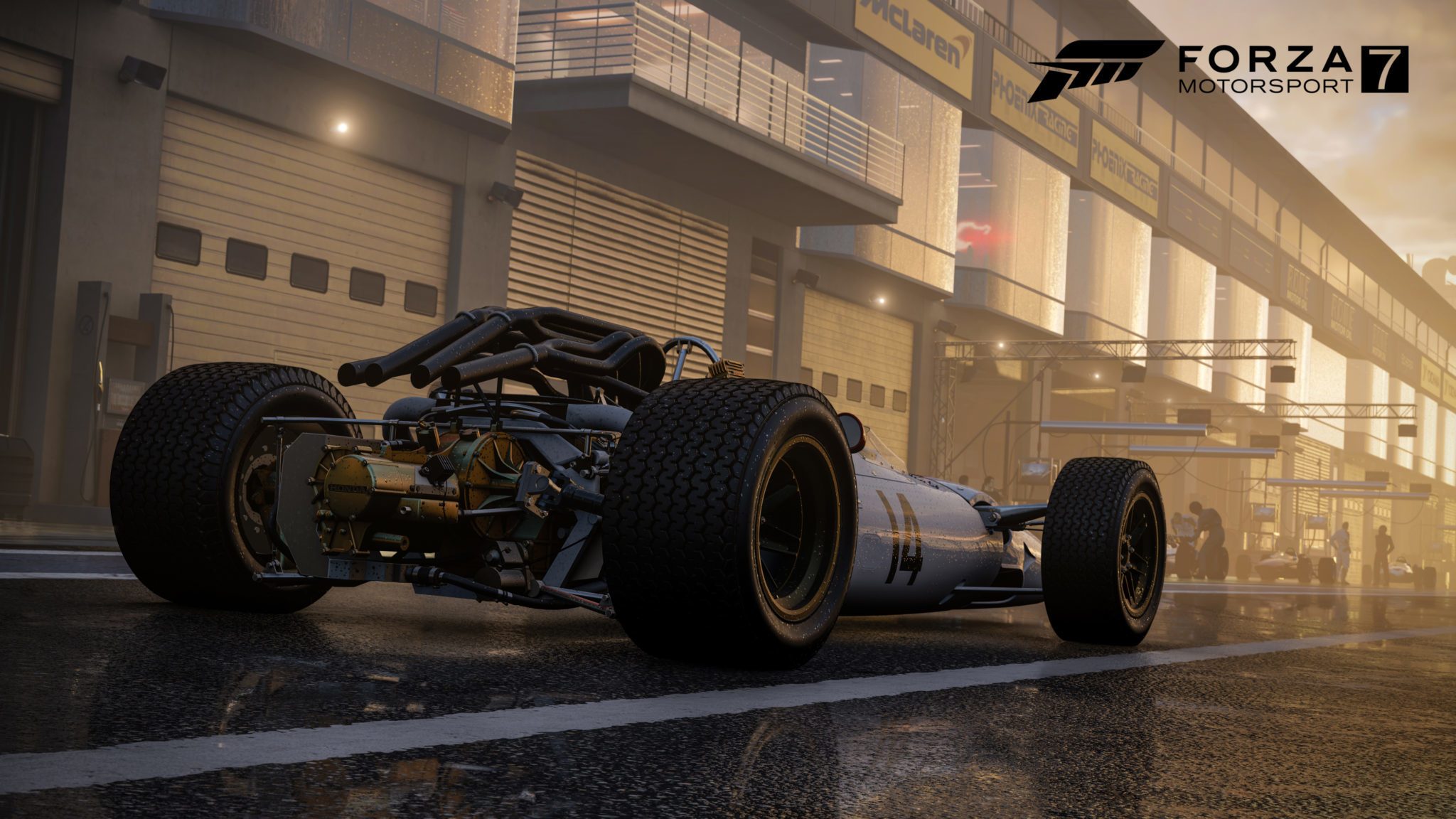 One of the more exciting aspects of Forza Motorsport 7 will be its redesigned career mode. The previous two titles have been serviceable in this department but paled in comparison to the 360 era titles. A new video uploaded by MotoGamesTV has given us our first glimpse of what Forza 7’s campaign is all about.

Under the moniker of the “Forza Driver’s Cup”, a new focus for this mode is notable from the offset. Turn 10 has eased the series away from the linear experience offered by FM5 and FM6, focusing on a bigger motorsport angle. The career mode is split into six main categories: Seeker, Breakout, Evolution, Domination, Masters and the Forza Driver’s Cup. Under each of these series, you’ll find championships that need to be completed in order to progress. Races can be categorized by specific car divisions or be unrestricted, allowing any vehicle to be used.

The most notable aspect of this set up is that you don’t need to complete every single championship. Once you reach a certain points total you can move on to the next series. This gives players a higher level of freedom and harkens back to the career modes of past Forzas and even Gran Turismo.

This is looking like a much more engaging experience than Forza Motorsport 6’s effort. Giving the player a level of control over where and what to race will add to the immersion and replayability long term.

More Details on Showcase Events And The Mod System

Forza Motorsport 7’s career mode will follow the previous entry in the series and offer Showcase events. For those unacquainted, these types of driving challenge put players behind the wheel of some of the most iconic cars in the game. The video shows one of the first events you’ll come across: a 1-on-1 with Ken Block in the Ford Focus. Showcases act as a nice distraction from the more serious racing, so we’re happy to see them return.

A more controversial aspect of Forza 6 is back in the form of mod cards. These boosters offer more XP, credits or gameplay boosts when applied pre-race. The video shows the return of mods confirming that you’ll be able to enhance rewards and car performance. A key change has been made to the economy around these mods too.

Previously in the Forza Motorsport series, playing with less assists gave the player more credits to spend. This has now been replaced entirely with the credit mods that can be applied before an event. The assist-based system was useful in helping new players to stop relying on the in-game driving aids, so this is quite the change. Conversely, if mod cards increase the reward substantially, this could be a positive move.

Its worth watching the full video to get a good look at what FM7 will be offering this October. Turn 10 may not be introducing a plethora of new content, but the focus has clearly been on improving the overall experience.

Andrew Evans · Aug 24, 2017· 8 Comments
Microsoft and Special Olympics are once again partnering on a gaming event for athletes involved in the disability sporting movement, and Forza Motorsport 7 will form part of the program.

Andrew Evans · Aug 24, 2017· 7 Comments
Forza Motorsport 7 will shortly be no more, as Microsoft moves the game into end of life status this September.

Michael Leary · Aug 24, 2017· Comments
The Xbox Game Pass subscription service continues to grow, and next month sees the addition of a fan favorite. With DiRT Rally 2.0 leaving the service on October 1, it begs the question: what’s going to take its place for sim racers? Now there’s an answer, Forza Motorsport 7.

Gary Slater · Aug 24, 2017· Comments
Fans of the Forza series who spend time creating their perfect liveries have a good reason to show them off to the world once more. Following an absence of almost a year, Turn 10 has announced that the official livery contests will return.

Gary Slater · Aug 24, 2017· Comments
The potential for virtual racing esports to feature in marquee sporting celebrations is something that has been the subject of substantial attention in recent years. It’s a subject that the International Olympic Committee has discussed, and Japan’s National Sporting Festival now includes Gran Turismo Sport as one of its events annually.

Kyle Patrick · Aug 24, 2017· Comments
On its latest episode of Forza Monthly, Turn 10 officially revealed all the details for the fourth season of the Forza Racing Championship.

Kyle Patrick · Aug 24, 2017
Turn 10 has released the latest — and final — update for Forza Motorsport 7. Weighing in at 570MB, it introduces another free Porsche, updates to the Forza Race Regulations system, and more.

Michael Leary · Aug 24, 2017· Comments
The next Forza Monthly live stream is near, and it looks like an interesting one. As you can see in the image above, the car being showcased is none other than the Porsche 718 Cayman GT4 Clubsport. Going by past events, this suggests the GT4 racer is on its way to the game very soon.

Kyle Patrick · Aug 24, 2017· Comments
A designer from Turn 10 has revealed a variety of cars from Forza Motorsport 7. The catch? We’ve never seen them in the game, nor Forza Horizon 4, at least not yet.