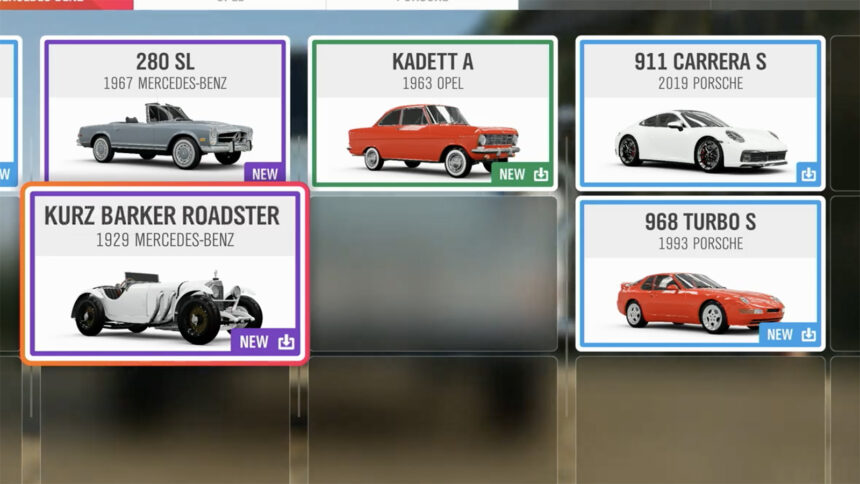 The team at Playground Games just showed off what’s coming to Forza Horizon 4 this month. And in terms of the Car Pass, there’s plenty of new metal for players to enjoy.

Up first is perhaps the most obvious car, the 992-generation Porsche 911. The Forza crew teased the car already with it featuring in Forza Monthly promotional images. It isn’t the only model from the Stuttgart manufacturer arriving over the coming weeks either. The underrated 968, a four-cylinder, front-engined model from the early ’90s, shows up in rare Turbo S form.

Looking past the Porsches, the live stream showed a dozen cars in total that are new:

Five of these are from previous Forza titles, and Playground confirmed three of them will be prizes in Forzathon or Seasonal Championships: the pair of Hot Wheels rides, and the Levante. The team didn’t confirm whether the 280 SL or the NSXR-GT is the eighth and final Car Pass car. We’re betting on the Honda, as it was last seen in the Xbox 360 era. 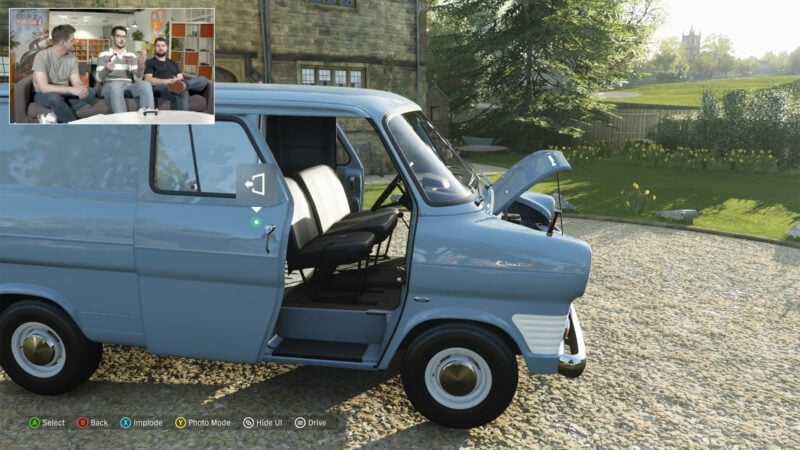 Other new cars include a bunch of classics, from the UK, US, and Germany. With FH4 set in Britain, the Ford Transit and rear-engined Hillman Imp should feel right at home. The Porsche-designed Mercedes SSK should make for one heck of a cruiser, and its German companion is the very different Opel Kadett.

Meanwhile, Steve McQueen wannabes — basically, all of us, let’s be honest — will be happy to see the ’68 Mustang GT Fastback showing up. Playground even confirmed players can add the appropriate Bullitt mods. We’re still grumbling about the Mustang not making it higher in our World Cup of Movie Cars…

Expect the full breakdown of when the cars are coming tomorrow, when the Season 5 update lands in Forza Horizon 4.