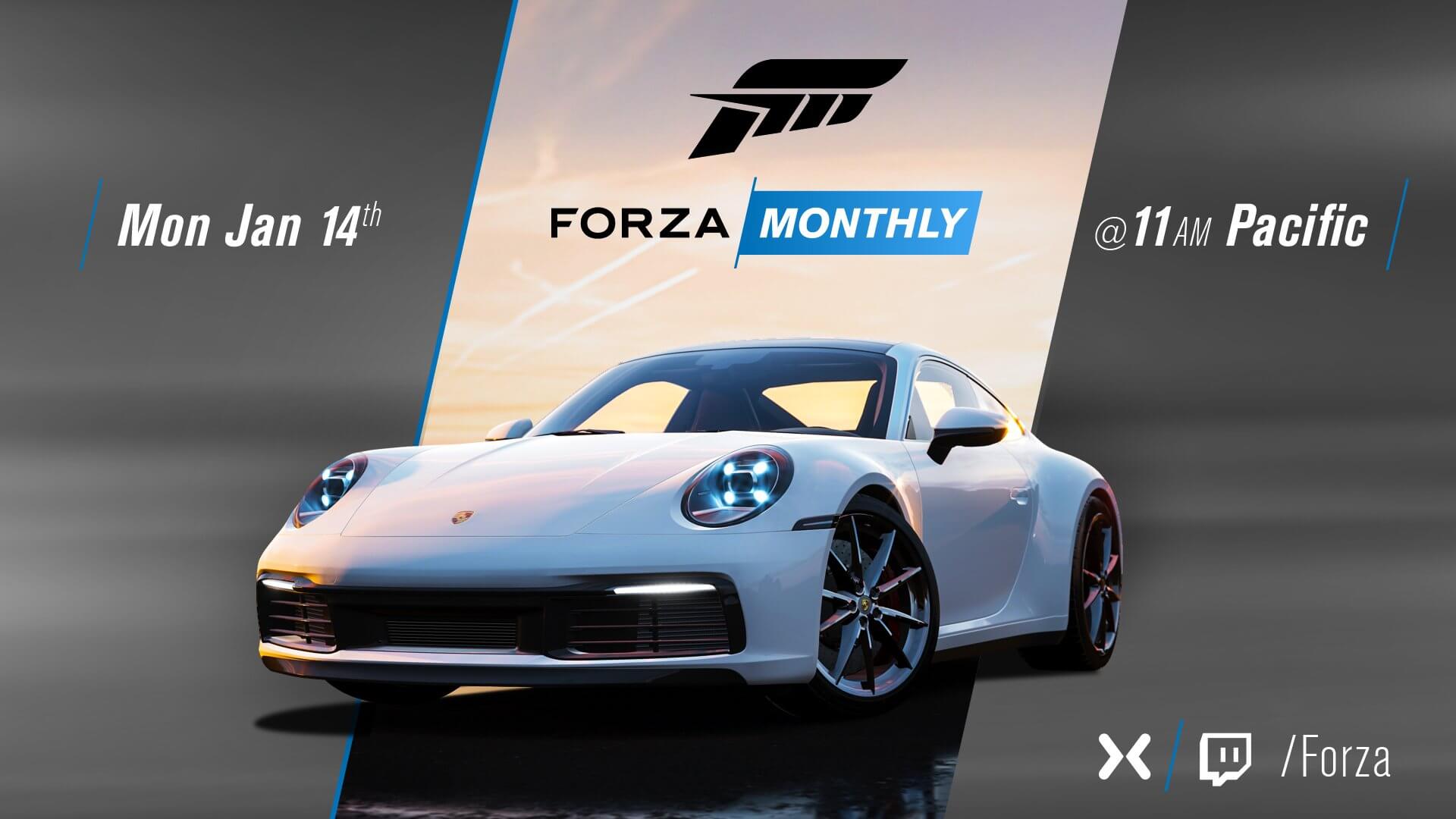 Turn 10 has released details on the next episode of Forza Monthly, its show on all things Forza. To do so, it’s showcasing Porsche’s newest car, the 992-era 911, which suggests it’s coming to the game very soon.

Which game isn’t entirely clear, however. Turn 10 and Playground Games are both supporting Motorsport 7 and Horizon 4, respectively, at the same time.

In the case of the former, we’ve seen monthly improvements, typically coming with a Spotlight car that’s free for all players. December’s update, for example, focused on a reworked force feedback system, and introduced the big boy of endurance racing, the BMW M8 GTE.

Over in Horizon 4, Playground Games has been busy with the Fortune Island expansion. It introduced 10 new cars, as well as a new treasure-hunting mechanic (we’ve got the full list of where to find ’em here).

Our money is on the 992 showing up in FM7, at least first. It’d make sense as a Spotlight car for the new year, as Porsche and Forza have a long relationship. But we wouldn’t cross out the new 911 eventually showing up in FH4 as well. If the sim racer gets first access, we’d expect FH4 to feature the car as a free addition in the form of a Seasonal Championship or Forzathon prize — not as a paid-for Car Pass item.

This will mark the 992’s first publicly-available game appearance, which is just over a month after the car’s physical reveal. We saw it show up in a specialized version Project CARS, the business-to-business Project CARS Pro, alongside the LA Auto Show reveal.

No matter which game the 992 will show up in, we’ll know fairly soon. Turn 10 has pencilled in the next episode of Forza Monthly for this coming Monday, January 14. The show kicks off at 1900 UTC.