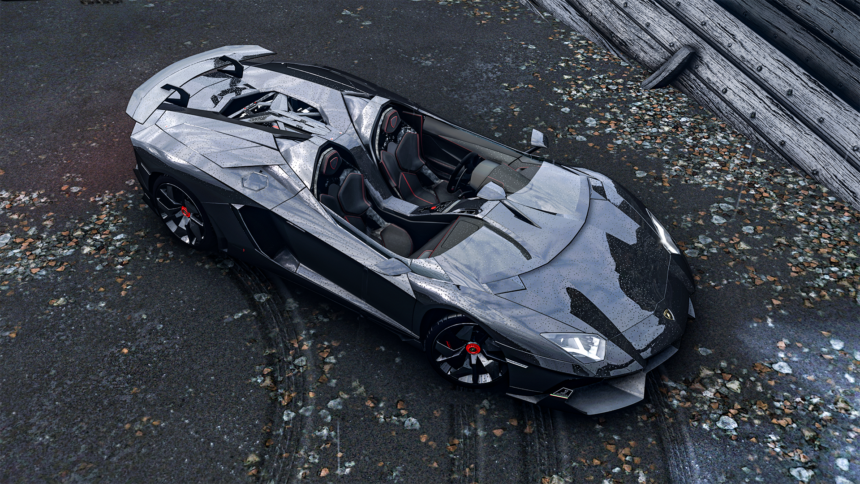 In the March edition of Forza Monthly, we got the lowdown on what’s coming up with Series 7 in Forza Horizon 4. With the promise of a whole slew of new cars, it looks like Playground Games will offer up plenty of shiny metal to fill the newly expanded garage.

Leading the way is the brand new 2019 BMW Z4, which is the sister car to the new Toyota Supra. Unfortunately, a seeming exclusive deal with Gran Turismo Sport, the Supra itself won’t make the trek over to Horizon. However, with both cars sharing the same platform and engine, it’s as close as Forza players will get to the new Toyota – at least for now.

Another standout on the list is the BMW M3 GTR. This race car for the road is sure to tear up the British countryside and feel right at home on Fortune Island. As an added bonus, Need for Speed Most Wanted fans will be able to recreate the star car from that game as well.

For fans of getting smokey and sideways, Playground Games will offer up three drifting Mustangs too. All of them come from RTR, which stands for Ready to Rock, and offer up both street and track flavors. Of these, Vaughn Gittin Jr’s #88 car is probably the most well known of the bunch. 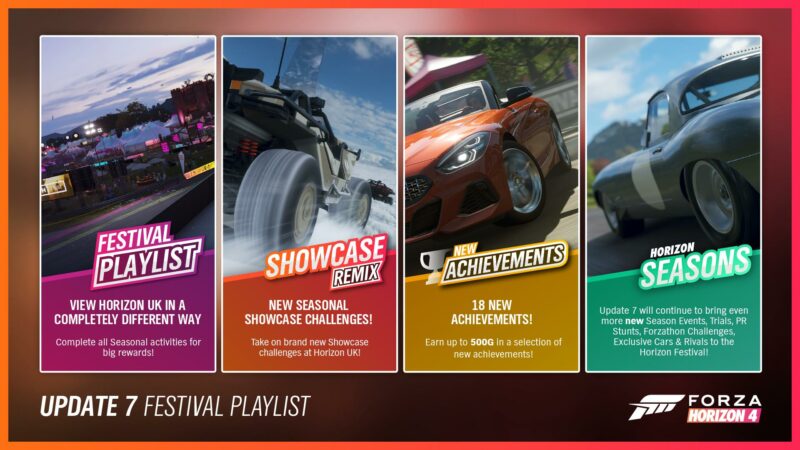 There are plenty of other cars too, including a ‘65 Pontiac GTO, Porsche 914/6, and even a Lotus Series 1. There’s also the Ford Capri Forza Edition that was briefly offered up in the Horizon Store as a mistake a few months back.

There’s a bit of a catch to snagging these cars though. You will need to complete what Playground Games is calling the Festival Playlist, earning rewards at 50% and 100%.

Thankfully, the Festival Playlist is really just the weekly events wrapped up into one package. This includes things like the Forzathon events plus Monthly Rivals and Trial events. Sounds simple enough right? For daily players probably, but for more casual players they could run into some issues.

In order to achieve the 100% mark, players will need to do both single and multiplayer events. They’ll also need to complete the seven Daily Challenges that appear as well. This is a serious time commitment, but the rewards look worth it:

As always, there is a chance we will get a few other surprise cars in the mix too. After all, the seasonal events should still give out rewards. Also, the Forzathon Shop will continue to get its weekly refresh as well and could bring with it some exclusive vehicles.

We will fill you in on all the additional details once Series 7 releases this coming Thursday.

Forza Horizon 4 Game Update
29 Comments Discuss this post in our forums...
Test Your Badge Knowledge With Our Car Logo Quiz