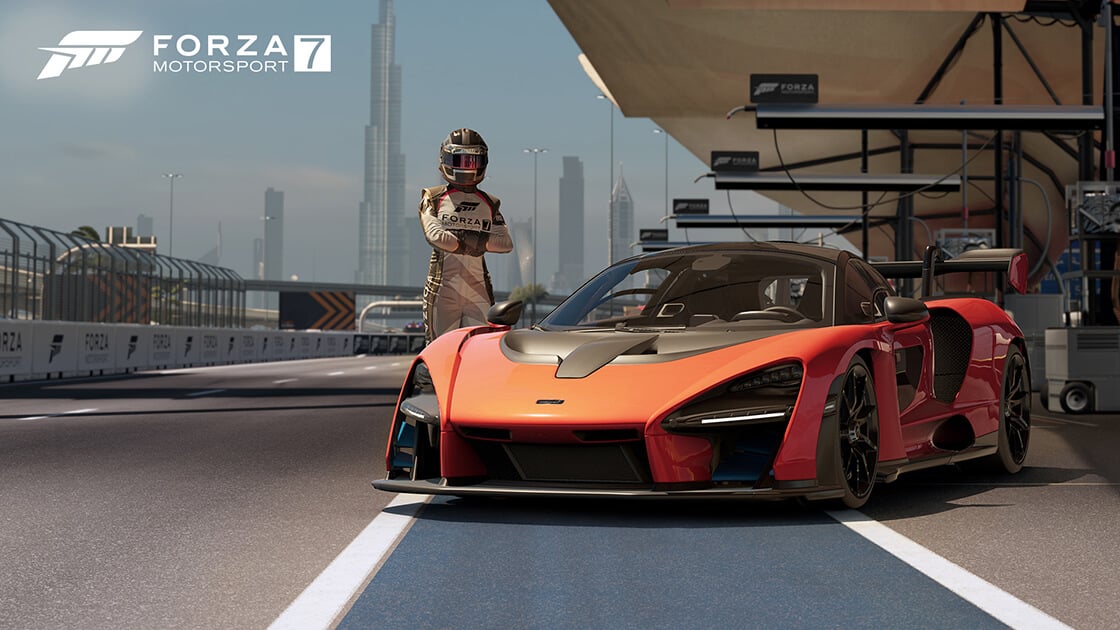 The latest update for Forza Motorsport 7 is now available to all players. Turn 10’s sim racer continues to evolve from the significant March update, which brought in the new Forza Race Regulations (FRR) for the first time.

Announced on the official website, this update is a small one at 695MB, with the main talking points being a new car and tweaks to the FRR system.

Players of Forza Horizon 4 will be very familiar with this month’s Spotlight car. The 2018 McLaren Senna is the hero car for Playground Games’ open world racer, and it now crosses into Motorsport for the first time.

Built without compromise, the Senna is the most aggressively track-focused street car McLaren has made. With a 4.0-liter twin-turbocharged V8, the 789 horsepower Senna should make easy work of other hypercars.

Active aerodynamics mean the Senna makes up to 1764lb of downforce, enough for it to beat any race track into submission.

Last month’s introduction of FRR began with a closed hopper beta for selected players. Now T10 is rolling out several changes for April.

Along with user interface updates, the penalty system will now affect a player’s final results post-race. However, final leaderboard positions will not affect a player’s grid spot in the next race. T10 will address this in a future update.

The public hopper for FRR will be available to all players in the coming weeks. Players should stay tuned for when T10 officially announces the start of the public hopper.

Always a source of debate among the community, T10 has addressed the engine audio within FM7. The  team has made some changes, in particular to cars with V12 engines. Brands like Ferrari and Lamborghini will now have greater differences to tell them apart. Other audio updates include changes to Mazda 2-rotor engines, as well as various Porsches and Nissans.

As part of the update, players will now be able to purchase all the exclusive “Forza Edition” cars — and a handful of other previous exclusives. These machines were previously locked to various special events or as part of Forzathon challenges. Now they will be available for everyone.

The list of Forza Edition cars available is down below:

T10 has also introduced various quality-of-life changes as well as additional bug fixes. For the full patch release notes, be sure to click here.

Be sure to stay tuned to GTPlanet’s FM7 forums for any undocumented changes and community discussion.