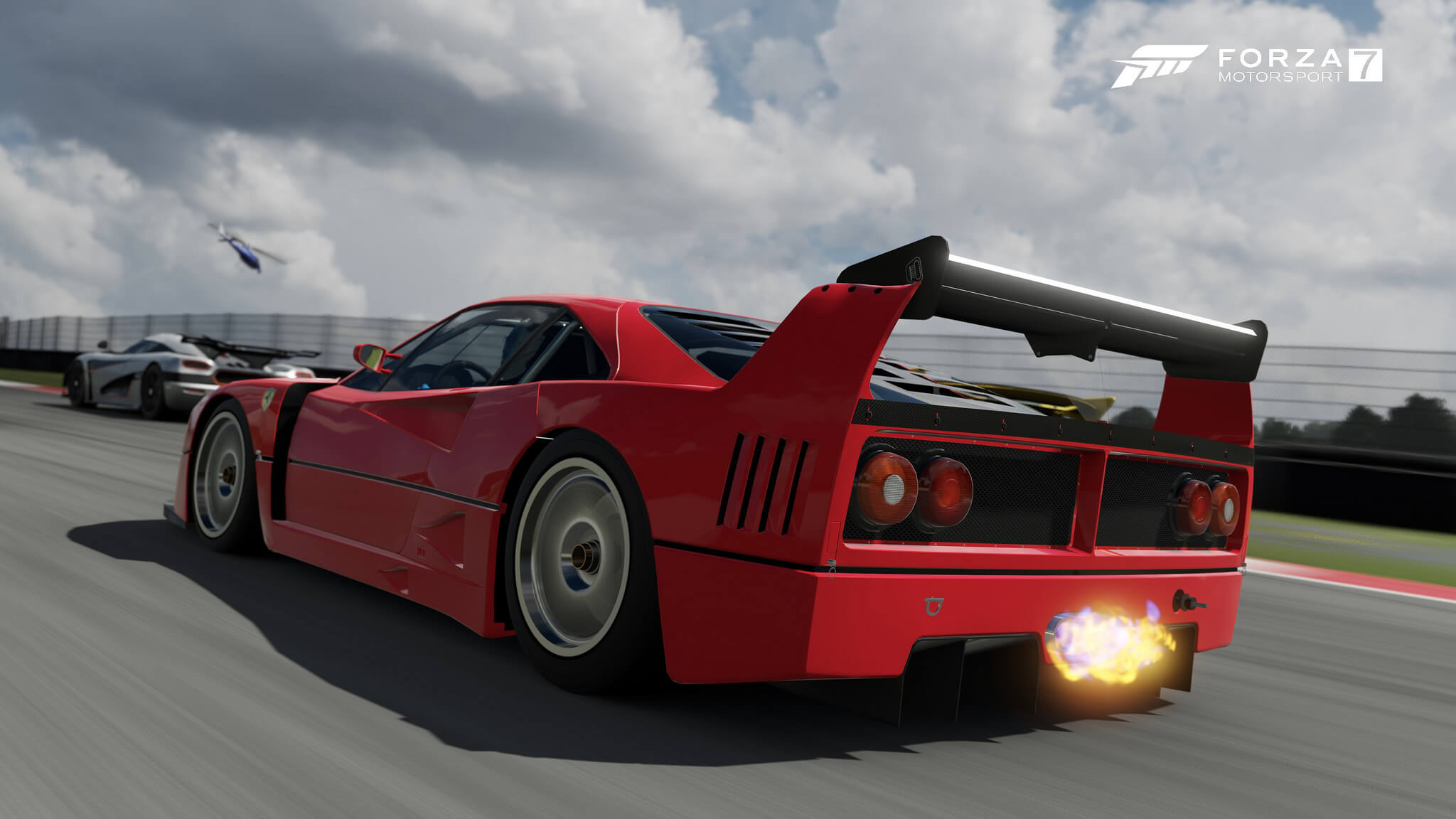 After months of hints and teases, the Forza Race Regulations (FRR) system is finally coming to Forza Motorsport 7 this month.

The news came alongside all the other tidbits in last Friday’s Forza Monthly show. For players of Turn 10’s sim racer it should be the most welcome news of the bunch, however. Online play in FM7 is marred by the lack of any sort of penalty system, and even recent developments like improved crash physics have not deterred the online trolls.

Race Regulations should improve the online experience. In its initial form, it will apply time penalties if/when players cut the track. The amount of time added is based on the severity of the cut, with an algorithm apportioning the penalties. In concept, it doesn’t sound terribly different from the system players can find in GT Sport’s eponymous mode.

Last month, creative director Chris Esaki suggested a form of FRR would possibly arrive in March, and it turns out that will be the case. A closed, invite-only beta hopper will utilize FRR this month. Turn 10 will be studying the hopper and gathering feedback from the players before a public FRR launch happens with the next content update some time in April.

According to Esaki, the system will determine if penalties are actually required for certain instances. If a player heads onto the grass on the outside of a corner, losing time, then FRR won’t be adding more time. The goal with the closed beta is to assess the feel of the penalties, getting a better understanding of the severity of certain actions.

Penalty times won’t affect finishing orders in the closed beta. However, the April version of FRR, which will be open to all FM7 players, will shuffle orders based on penalties.

Track cutting is only the first stage. Turn 10 plans on expanding the system to cover other on-track incidents, presumably car-on-car interactions. While the team hasn’t given a timeline yet, Esaki confirmed that players can expect continuous improvements. “This is a really big deal, it’s not just one-and-done, it’s not just this month and then we’re out,” said Esaki during Forza Monthly, “this is just the beginning.”

This was just one prong of the latest Forza Monthly. We also saw the latest FH4 Series 7 update (including the Supra’s sister-car, the new BMW Z4), as well as Dan Greenawalt confirming the Turn 10 team has started work on its next project.

You can get an even more detailed breakdown of the system below. The relevant FRR chat begins at 1:19:30 (we’ve set it to autostart as well):

Andrew Evans · Mar 11, 2019· 8 Comments
Microsoft and Special Olympics are once again partnering on a gaming event for athletes involved in the disability sporting movement, and Forza Motorsport 7 will form part of the program.

Andrew Evans · Mar 11, 2019· 7 Comments
Forza Motorsport 7 will shortly be no more, as Microsoft moves the game into end of life status this September.

Michael Leary · Mar 11, 2019· Comments
The Xbox Game Pass subscription service continues to grow, and next month sees the addition of a fan favorite. With DiRT Rally 2.0 leaving the service on October 1, it begs the question: what’s going to take its place for sim racers? Now there’s an answer, Forza Motorsport 7.

Gary Slater · Mar 11, 2019· Comments
Fans of the Forza series who spend time creating their perfect liveries have a good reason to show them off to the world once more. Following an absence of almost a year, Turn 10 has announced that the official livery contests will return.

Gary Slater · Mar 11, 2019· Comments
The potential for virtual racing esports to feature in marquee sporting celebrations is something that has been the subject of substantial attention in recent years. It’s a subject that the International Olympic Committee has discussed, and Japan’s National Sporting Festival now includes Gran Turismo Sport as one of its events annually.

Kyle Patrick · Mar 11, 2019· Comments
On its latest episode of Forza Monthly, Turn 10 officially revealed all the details for the fourth season of the Forza Racing Championship.

Kyle Patrick · Mar 11, 2019
Turn 10 has released the latest — and final — update for Forza Motorsport 7. Weighing in at 570MB, it introduces another free Porsche, updates to the Forza Race Regulations system, and more.

Michael Leary · Mar 11, 2019· Comments
The next Forza Monthly live stream is near, and it looks like an interesting one. As you can see in the image above, the car being showcased is none other than the Porsche 718 Cayman GT4 Clubsport. Going by past events, this suggests the GT4 racer is on its way to the game very soon.

Kyle Patrick · Mar 11, 2019· Comments
A designer from Turn 10 has revealed a variety of cars from Forza Motorsport 7. The catch? We’ve never seen them in the game, nor Forza Horizon 4, at least not yet.