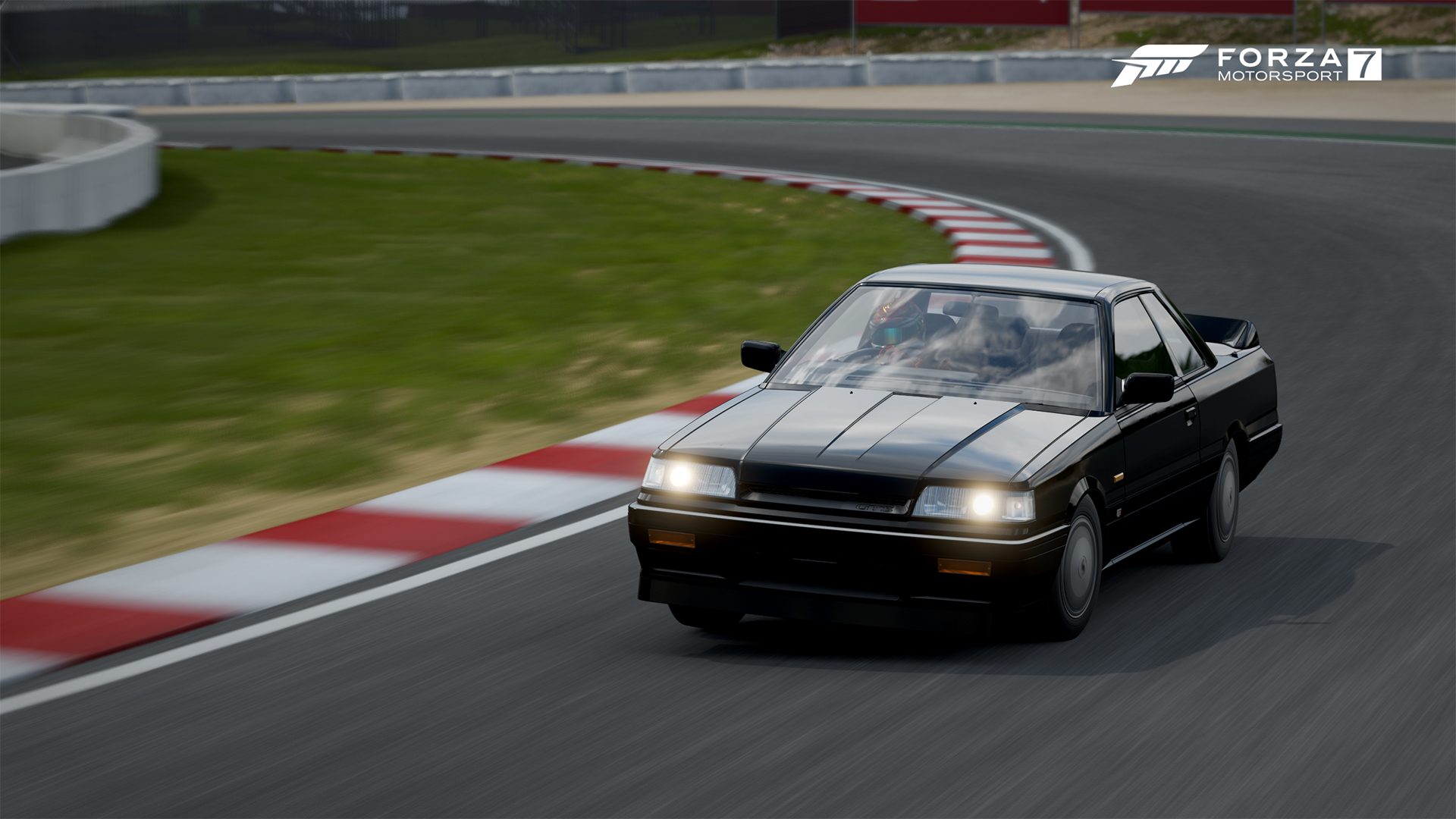 Forza 7’s Specialty Dealer has seen its weekly refresh. If you’ve been paying attention for the past three weeks, you’ll know the drill. On offer this week is a returning Nissan Skyline GTS-R — a second opportunity at the ultimate R31.

Here’s a closer look at this week’s lineup.

Up first is the limited-run Aston Martin One-77. As its name implies, only 77 examples of the Aston are out and about. Without question, the One-77 is the most radical of this Speacilty Dealer bunch. A 7.3-liter V12 sends 750hp to the rear wheels, moving it to 60mph in 3.5 seconds and onto a top speed of 220mph.

The Jaguar XKR-S GT is the second British sports car up for grabs. With only 45 models to speak of it’s even more limited than the Aston, but still packs a punch. Its 5.0-liter V8 produces 550hp and moves the cat to 60mph in 3.8 seconds. Luckily, there aren’t any production limits in-game so have at it!

Next up is the Nissan Titan. Veteran players are more than familiar with the pickup as it’s had its fair share in the spotlight. The Warrior makes do with 310hp courtesy of a 5.0-liter V8 turbodiesel.

Rounding out this week’s lineup is the Nissan Skyline GTS-R. A Group A Touring Car in disguise, the R31 is a track monster in the right hands. The reworked RB20DET inline-6 sends over 200hp to the rear wheels. All 823 examples wear the exclusive “Bluish Black” paint scheme. For those doubting its ties to Group A, look no further than the non-adjustable front splitter and rear wing.

This week’s lineup is only around until the next reset. You’ll need a whopping 1,691,076 credits for a clean sweep so get a move on.