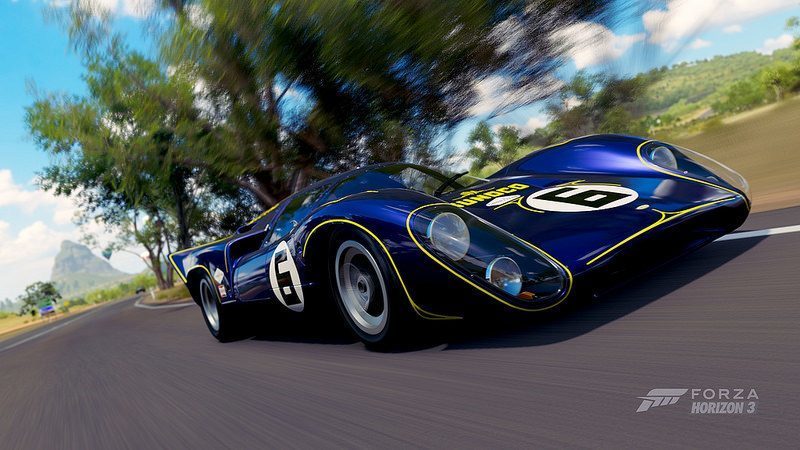 Turn 10 has revealed the next batch of Forzathon events for the month of August. The list may not include anything new, but it does offer a few rare prizes for Forza Horizon 3 players.

While gamers have the rest of the weekend to snatch up a Porsche 959, another Porsche will arrive in the second half of next month. The #45 Flying Lizard 911 RSR will finally be available to toss around the Outback, after mysteriously disappearing from July’s prize list.

The big news for FH3 collectors will be the return of the Lola #6 Penske Sunoco T70. Players first found the car via the accidental release of the developer version at the beginning of the year. Later on in February, it arrived as a Forzathon car. If you missed it the first time ’round, or if you’re not the Auction House gambling sort, the second weekend of August is your chance to put the car in your digital garage. 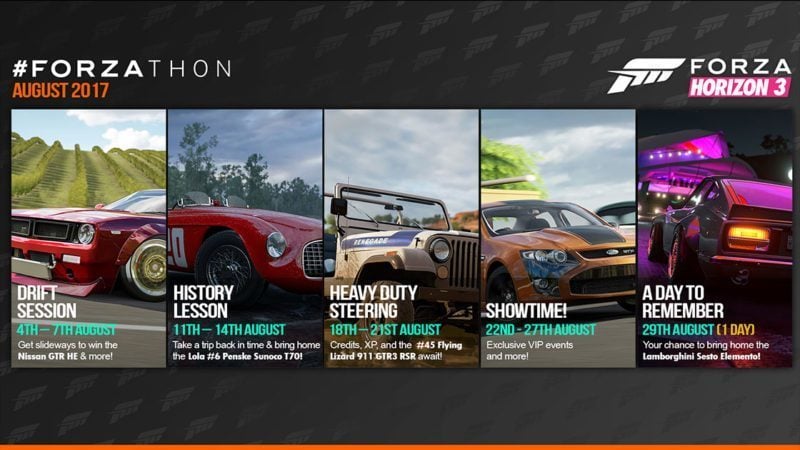 The final full week of the month will offer an exclusive round of events for the VIP players of the game, Finally, on August 29, a 24-hour set of challenges will include Lambo’s pared-back Sesto Elemento. It’s an odd choice — a Tuesday — that has us wondering if it’s in any way tied into a Forza Motorsport 7 announcement. Maybe a demo, which Dan Greenawalt has confirmed is coming? We’ll have to see.

The full breakdown of next month’s events:

As per usual, we’ll have the complete event breakdowns as they go live.