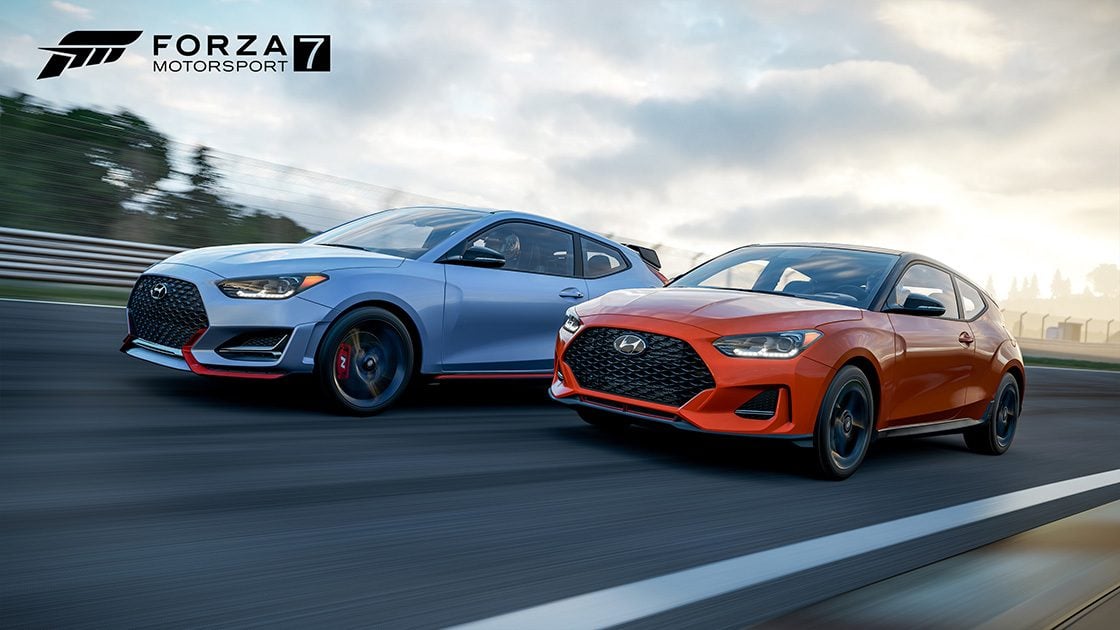 Turn 10 has revealed a new car pack for Forza Motorsport 7, bringing a new Hyundai to the game for the first time.

The Hyundai Car Pack will contain two versions of the just-revealed 2019 Veloster, both in Turbo and N variants. Hyundai pulled the sheets off the car earlier today at the Detroit auto show.

The first generation of Hyundai’s quirky 2+1-door hatchback has been a part of the Forza lineup since Forza Motorsport 4. Now the second generation will make it’s worldwide debut in FM7.

We’ve gone into more detail about both cars down below. The new pack will be available for free tomorrow alongside the January Update and scheduled car pack.

The second generation Veloster continues to build on the asymmetrical 2+1 layout seen since 2012. The new car now features sharper styling and a sportier stance than the first car. Its 1.6 liter turbocharged engine is also good for over 200hp and should be a hit with players looking for an unconventional hot hatch. 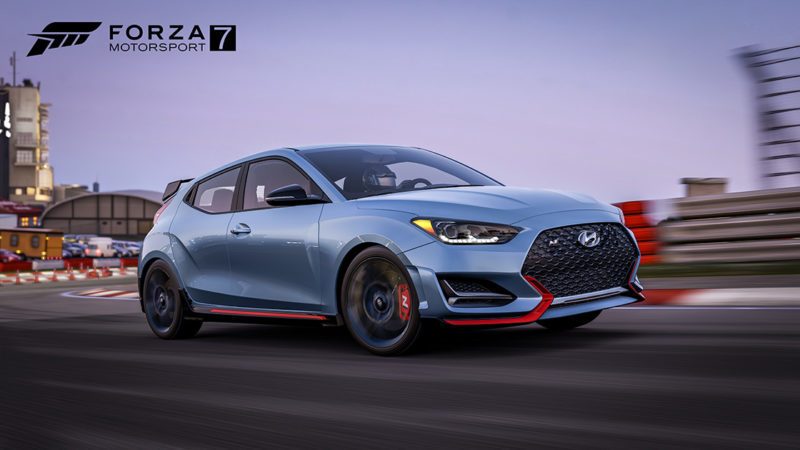 The new Veloster N is a very different beast to the standard Veloster Turbo. Hyundai’s second N model, after the i30N, gains a raft of performance upgrades over the base car.

The 2.0-liter turbocharged engine in the Veloster N makes 271hp, making it more of a match for the more powerful hot hatches out there. Other changes include bigger brakes and an uprated suspension.

To mark it out from the Turbo, the Veloster N also comes with a new, larger rear spoiler and red detailing on the front bumper.

Be sure to stay tuned for more news as well as details on tomorrow’s main January Car Pack.