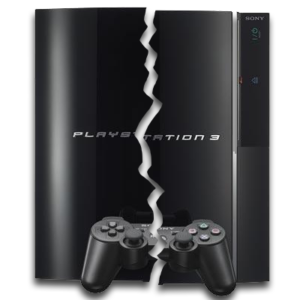 As you’ve probably heard by now, the PlayStation 3’s security has been completely cracked, allowing unfettered access to the console’s software, files, and games. Unsurprisingly, GT5 has been an active target for hackers taking advantage of the compromised system. Their first major accomplishment involves a way to easily duplicate game-saves between different PSN accounts (sorry, I won’t be providing any source links for information on how to do this).

That’s interesting, but the next step – manipulating the game data itself – could have far greater implications . Imagine, for example, the ability to manually set any attribute of any car in your garage (power, weight, etc.) to any value, or swap out engines, transmissions, and other parts. This actually isn’t a new concept to GT – it’s called “hybriding”, and it’s been going on since the dawn of the series (see GTPlanet’s own “hybrids” forum, which dates back to the beginning of the site in 2001).

In the past, however, hybriding was a mostly a solitary activity – nobody cared if you had a Daihatsu Midget II with 1500 horsepower. With the advent of online racing in GT5, however, this could enable dishonest players to compete with others using an unfair and hidden advantage.

Once again, hybriding in GT5 has not yet been accomplished, and may not even be possible. However, people are out there trying to do it and may be successful. It will be interesting to see how this unfolds and what, if anything, Sony will be able to do about it.

For now, take a look at these “hybrid” video clips from some of the older games: