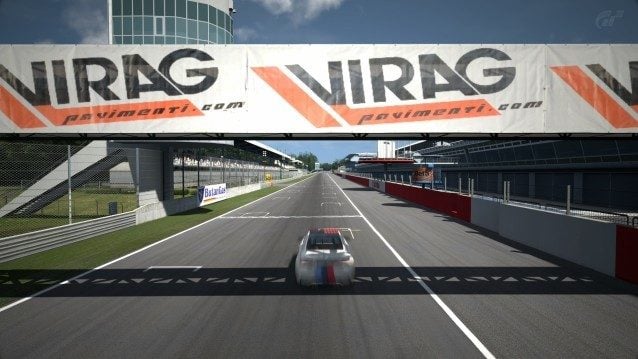 Every now and then we hear of a lawsuit brought against the Gran Turismo games, and it seems that the US arm of Sony’s entertainment branch has been locked in a curious legal dispute for the last 12 months over Gran Turismo. Just like the last legal rumblings, it all comes down to signage, in both Gran Turismo 6 and its predecessor title Gran Turismo 5.

This particular claim was made in July 2014, by one Mirco Virag. Virag is the owner of a flooring company, named VIRAG, based near Milan in Italy, but likes to spend his spare time participating in tarmac rallies around Southern Europe in cars usually adorned with the logo of his own company. It’s this logo to which the legal claim relates. 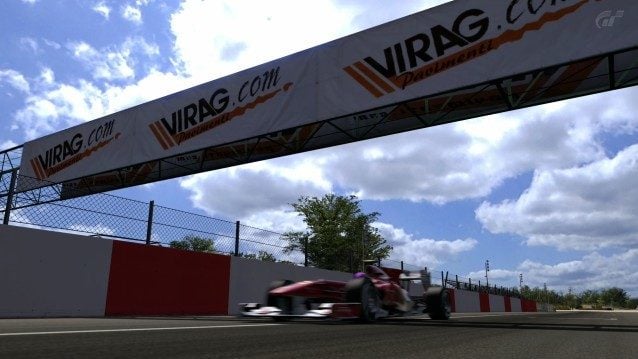 VIRAG’s logo appears on the Autodromo Nazionale Monza circuit, both virtual and real. In the Gran Turismo versions of the circuit, first introduced to the series with Gran Turismo 5 and persisting through to Gran Turismo 6 in both modern and “80s” layouts, it can be seen on a gantry on the home straight. This broadly correlates with VIRAG’s sponsorship of the Rally of Monza, an annual event every November that the company started to sponsor in 2004. Crucially, it appears that the presence of this logo in the game was not authorized by the company.

The contention from Mirco Virag is that, through his company’s sponsorship of the event and his own participation in rally motorsport both at Monza and elsewhere, the VIRAG logo has become synonymous with Monza and that by using the logo without authorization, consumers could be mislead into thinking that VIRAG provided knowledge or expertise to the game. In addition, as Gran Turismo is marketed as “The Real Driving Simulator” rather than an expressive work, there is no artistic relevance to having the logo in the game at all. 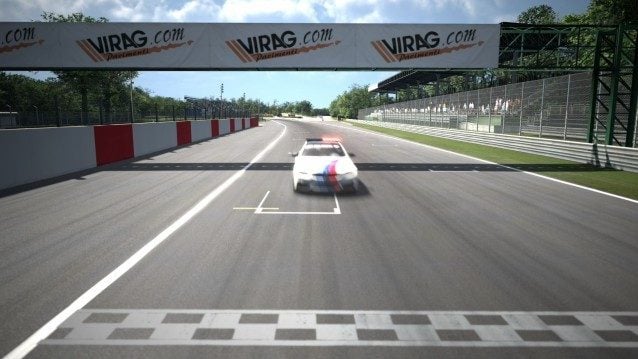 The court of the Northern District of California heard four claims brought by Virag against SCEA on August 21st and dismissed three, largely on the basis of the First Amendment and the fact that consumers are unlikely to have been misled:

Gran Turismo 5 and Gran Turismo 6 are racing games and do not involve any products VIRAG makes, and the VIRAG® mark is on a bridge over a track and not on a car. The defendants’ use of the VIRAG® mark comes nowhere close to an explicit misstatement as to source or content.

The fourth claim still stands though, with Virag requesting punitive damages from SCEA for the unauthorized use of the VIRAG logo on the grounds of violating Mirco’s right of publicity as an individual.

We’ll keep an eye on further developments in the case.

Andrew Evans · Aug 31, 2015· Comments
It may be cracking on for a decade old now (yes, really), but Gran Turismo 5 still has a few secrets left to give.

Andrew Evans · Aug 31, 2015· Comments
The Gran Turismo world may be all about GT Sport and esports, but an older title is enjoying a second lease on life right now.

Kyle Patrick · Aug 31, 2015· Comments
No, your eyes do not deceive you. We’re talking about a game that’s fast approaching its ninth birthday. That’s because, thanks to a recent discovery in the community, it’s suddenly gained a huge number of tracks.

Kyle Patrick · Aug 31, 2015· Comments
Polyphony Digital has quietly reminded Gran Turismo fans of the upcoming 10-car pack for GT Sport. The hint doesn’t even come from within the game, but rather its predecessor, Gran Turismo 6.

Adam Ismail · Aug 31, 2015· Comments
Want to feel old? Nearly as much time passed between the first Gran Turismo and GT4 — about seven years — as between GT5 and GT Sport.

Kyle Patrick · Aug 31, 2015· Comments
A new batch of Seasonal Events has arrived in Gran Turismo 6, and players will have to tackle one of the most challenging circuits in the game.