When looking at the GT franchise as a whole, critics frequently rate the most recent games – GT5 and GT6 – as the least successful in the series’ history, for a wide variety of reasons. Those critics might be surprised to find that Kazunori Yamauchi actually agrees with them. 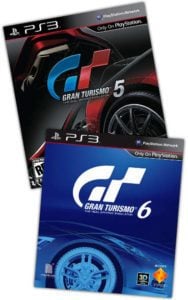 “In terms of development, it was really really difficult and the games, after all the development efforts were put into it, were very very low. I think it was just that the balance [of the PS3] as a piece of hardware wasn’t very good,” Kazunori said in a recent interview with GameSpot.

“The age of the PS3 for us was sort of a nightmare. We really had to deal with this situation for a while where, ‘This is what we want to achieve, but all we can do is this.’ So there was a lot of frustration that was built up. The PS3 hardware is something that, at first glance, looks like it’s able to do this certain level of things, but in actuality, it can’t.”

Of course, since the revelation of GT Sport on PlayStation 4, the PS3 era is long behind for the Gran Turismo series, and Kazunori is clearly very excited about what the modern hardware can do for the game: “The PS4 is so good. This time we’re really able to do and achieve what we want to do, so it’s really fun.”

Kazunori YamauchiPlayStation 3Polyphony Digital
The original comments for this post are no longer available.
Test Your Badge Knowledge With Our Car Logo Quiz