The Gran Turismo 5 demo has been made available to a select few people today, with screenshots and videos popping up everywhere. Sure enough, my inside source was correct, and the Indianapolis GP course is the circuit of the day. Unfortunately, GT5’s new damage engine will still not be shown off, so it looks like we’ll have to wait for the full game until we really get to try out that feature. First impressions come from German site VideoGamesZone, but they were a little disappointed with the demo’s visuals outside of the car’s interior. 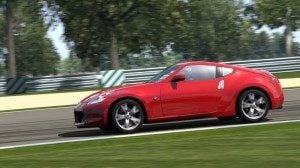 With that said, someone with access to the demo also received an email from Sony that wanted to emphasize this is not a demo of Gran Turismo 5, and is only being released for GT Academy. Polyphony Digital has also posted a new press release, clearly stating the demo was “specifically designed for this competition to showcase the realism of the brand-new physics engine” and nothing more. I don’t really know what to call this thing, but it looks like it won’t be the full-blown preview of GT5 that some were hoping for. Regardless, it still looks great, and you’ll be able to pick it up for free this Thursday. Check out the game play video above via InsideGamer.nl, see a video of the menus and options here, and don’t miss the screenshots from various sources below. Stay tuned for more news and media as it comes in – thanks to Mad94d for being first to send this in during the very early hours of the morning!