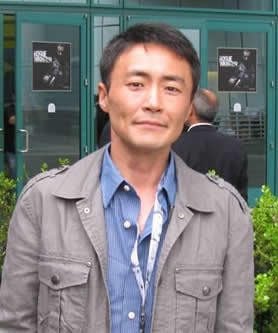 In the latest issue of the Official UK PlayStation Magazine, Kazunori Yamauchi made yet another statement about the questionable status of Gran Turismo 5‘s weather system:

“Night racing is going to be a part of GT5, but with things like dynamic weather, the choice is about whether it will improve the experience. The functionality is not a problem – we’ve got the weather system done – but if we are not sure about the quality of it, and how it improves the driving experience, we are not going to have it in the game.”

He has expressed concern with dynamic weather affecting the “quality” of game for some time now, remarking that Polyphony Digital is simply “experimenting” with such a feature. By confirming that its implementation is actually complete, he may have greater confidence the weather system will, ultimately, make the cut.

Yamauchi also made it clear that he has no intentions of sending GT5 out the door without all of its content and features:

“Let me be clear on this. There is a massive amount of content in this game, I don’t think there are many teams that put as much into a game as we can. The launch of the game isn’t a start, we are releasing a full game. Everything we want to put into the game is on the disc when it ships. Having said that, we do have a sizeable online team that will look after it once it’s launched.”

As you may or may not be aware, there is an ongoing “debate” about updating games via the Internet. On one hand, it gives developers the opportunity to fix any bugs or problems after the game hits store shelves. On the other hand, they may be more likely to sell a game with known problems or with a lack of content just so they can meet a particular deadline. Fortunately – and perhaps, unsurprisingly – Yamauchi remains focused on quality.

“They’re spending less time with a single game and this is reflected in the design of GT Mode.”

Although see GT5’s “GT Mode” surely won’t be as inconsequential as what we saw in GT PSP, this statement still makes those of us who enjoy the enduring challenge of GT games just a little bit uneasy. Thanks to calvins48 for sharing this interview!