A Twitter user has posted a series of images from a free promotional Gran Turismo 7 booklet now available in some stores in Japan that give us more insight into the game ahead of its March 4 launch.

The booklet, found by “riku” in a branch of national electronics retailer Yodobashi Camera, is available for free, for any of our Japanese members who want to see for themselves.

It is entirely in Japanese, as you’d expect, but nonetheless the images alone give plenty of information even before digging into the translations.

That starts with one of the very first images on the Twitter thread. The accompanying image for the “Brand Central” section of the page shows a pair of Ferrari models, neither of which have been seen in Gran Turismo to date. In the foreground, though cropped, we can see the 2020 Ferrari F8 Tributo, while an older F12berlinetta — perhaps the F12tdf, though it’s tough to say for sure — lurks in the background.

The accompanying text for that sections says that 300 cars from 60 manufacturers made since 2011 will be available to buy in Brand Central. By our count we’ve only seen 48 manufacturers so far, and only 200 cars from 2011 or newer even including GT Sport’s entire car list for GT7. That suggests there’s still plenty to come in terms of car reveals.

In addition to Brand Central, as we already knew from the main menu screens, there’s a used car dealer. The text description for this says that “famous” cars from the 1980s and 1990s will appear here, in a lineup that is refreshed daily. That harks back to the same function in previous GT games, which saw stock rotated on a daily basis — though we don’t know if there’s a similar low mileage or “black beauty” feature we’ve seen previously.

There’s no mention of the “Brighton Antiques” section we’ve seen previously, which seems to feature high-value or unique vehicles. That may simply be on a page not photographed.

However the text does note that you’ll be able to store up to 1,000 cars in your home garage which, if there’s the 428-strong car list hinted at in the recent Behind the Scenes video, is enough for two of everything. At least to start with…

The various tuning and personalization sections are also detailed in the leaflet, with the “tuning shop” having the expected functions of tires, brakes, and suspension upgrades, along with turbo- and supercharging, vehicle rigidity and weight reduction.

Traditional game functions such as the Licence Center will also return. The accompanying image seems to show a braking test, with the text noting that racers can learn to drive cars from basic operations up to whole courses — like GT Sport’s Circuit Experience.

While the next section is titled “Mission Challenge”, there are some slightly more unusual items in the list. It details “zero-yon” racing (0-400m drag racing), drift, “fastest challenge” and what seems to be “racing to music”. We’re not quite sure what to make of that last item right now.

In addition, we have another confirmation of the “more than 90” circuit layouts, and we think we’ve already seen 91 including the new Trial Mountain, High Speed Ring, and Deep Forest. If, as we suspect, Apricot Hill is also confirmed in the next few week, that will likely account for all of the tracks at launch.

There’s still plenty of time for more details to surface between now and March 4, and given that this booklet shows Sony is clearly starting a major marketing offensive now, we won’t expect it to be long until the next pieces of information surface.

As always, don’t forget that you can keep up with all the latest in our Ultimate Guide to Gran Turismo 7.

Thanks to everyone who sent us this tip! 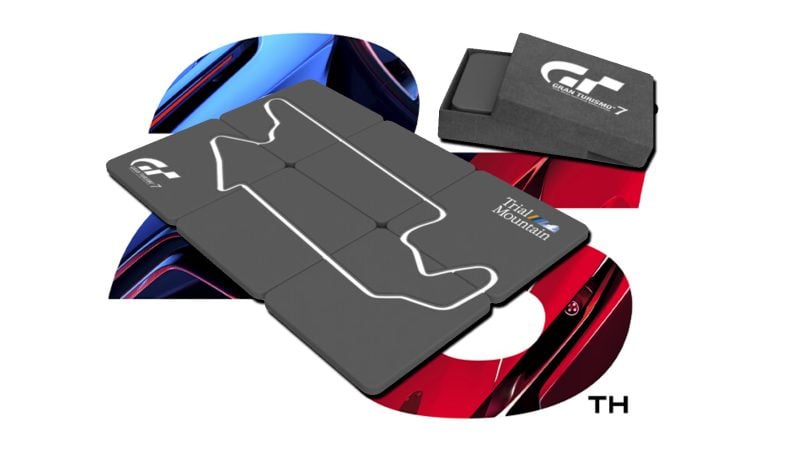 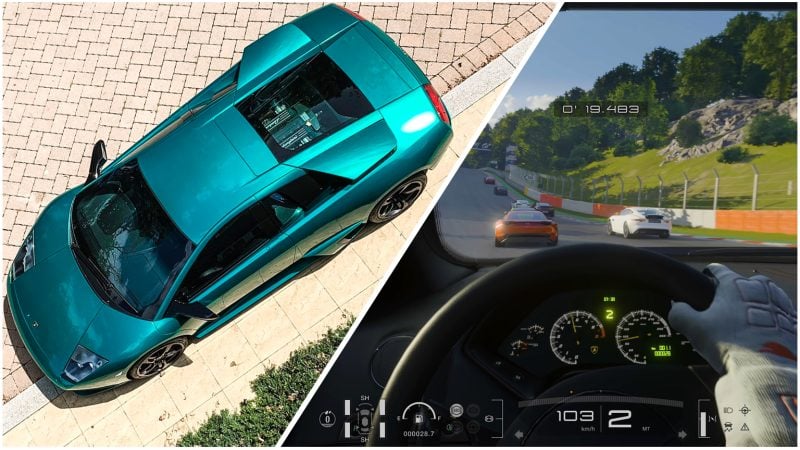