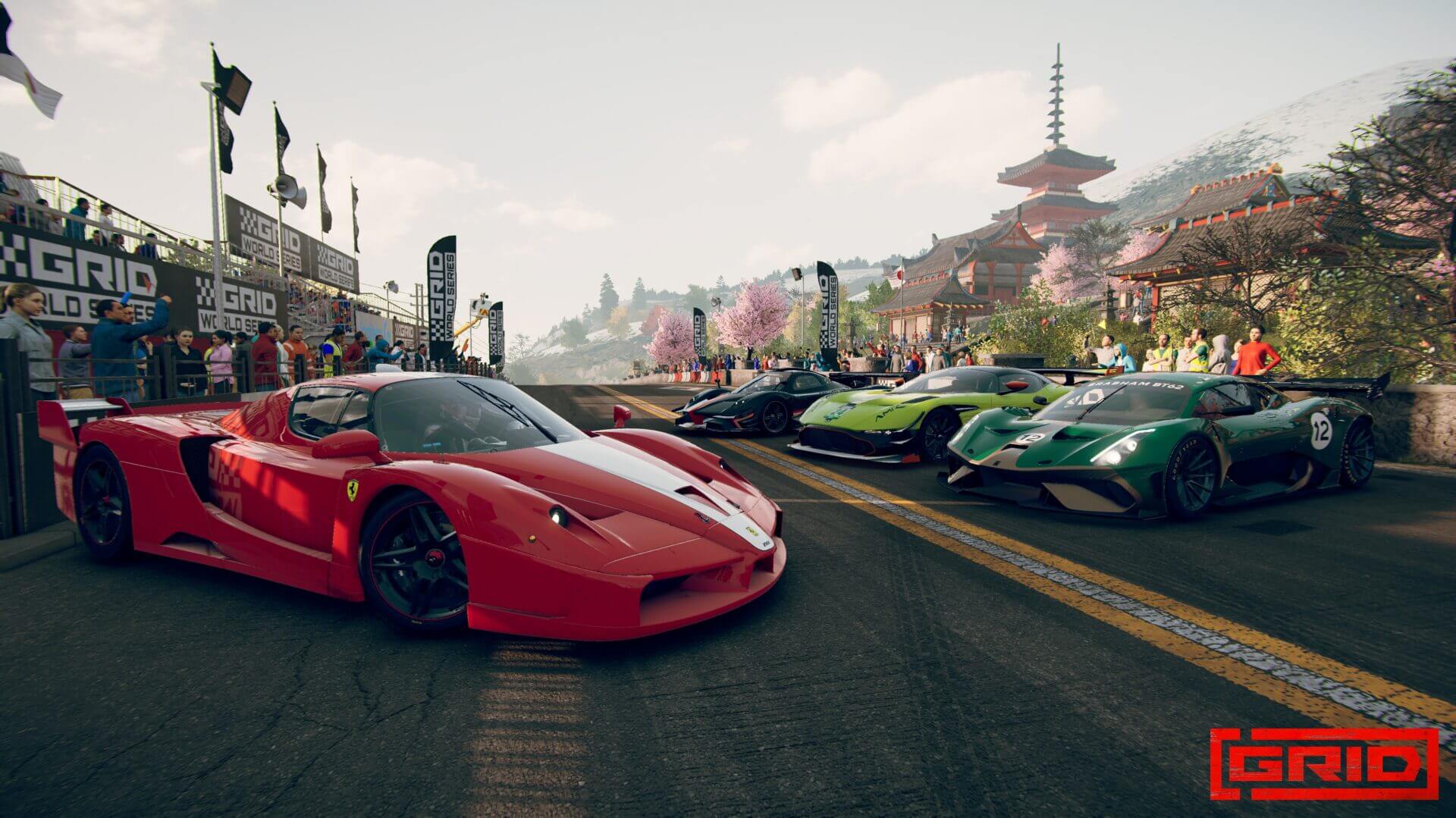 Codemasters has revealed a batch of juicy new content coming to GRID next month. The Season 2 expansion brings along six new vehicles, new sections for the career mode, and a new circuit with multiple configurations, across PS4, Xbox, and PC.

Austria’s Red Bull Ring headlines the content. Originally created in the late 1960s as the Osterreichring, the track in Styria region of Austria has hosted F1 events on and off since 1970. After a period of inactivity, the circuit became part of the Red Bull empire, bringing both DTM and F1 back to the southern mountains of Austria.

The Red Bull Ring will come with the Season 2 update in three layouts. There’s the full F1 circuit, the shorter circuit which bypasses turns 2-5, and an infield variant — a short, tight track located behind the paddock. You’ll also be able to drive a reverse version of the circuit too, unusually. The Red Bull Ring layouts will be available to all GRID players in career, free play and multiplayer modes.

Along with a new track, there are four cars perfectly suited for track duty. The Track Day Supercars pack brings along four cars specifically designed for track-day use, to the point of no longer being road legal.

Ultimate Edition players will receive access to the four — the Aston Martin Vulcan AMR Pro, Brabham BT62, Ferrari FXX, and Pagani Zonda Revolucion — in all game modes. The Zonda is also available as a loan car for all players in multiplayer mode, although the Track Day Supercars pack is also available as a separate purchase too.

To go with the new content, there’s an expansion to the career mode in Season 2. That consists of 33 new events using the Red Bull Ring and the four Track Day pack cars. This includes new Showdown events and a new Ravenwest Motorsport challenge; Ultimate Edition players can find them in a new tab in the career menu.

GRID’s Season 2 update arrives February 12 on PS4, Xbox, and PC. Codemasters will announce a date for the Google Stadia version at a later date.

Andrew Evans · Jan 31, 2020· Comments
EA has teased the third of the four planned DLC packs for GRID Legends, which is set to come to all platforms on November 17.

Andrew Evans · Jan 31, 2020· Comments
The second of the four post-launch DLC expansions for GRID Legends is due to arrive this week, on October 25, and it’s called “Enduring Spirit”.

Andrew Evans · Jan 31, 2020· Comments
The first DLC pack for GRID Legends, Classic Car-Nage, is now available alongside the v3.1 game update that brings a number of tweaks and bugfixes.

Andrew Evans · Jan 31, 2020· Comments
With GRID Legends going live on Xbox today, through EA Play to users who subscribe to Game Pass Ultimate, the list of Achievements — and thus also PlayStation Trophies — is now available to all.

Andrew Evans · Jan 31, 2020· Comments
With GRID Legends due to hit hard drives and shelves a week from today — or even a little earlier if you’re an EA Play subscriber — Codemasters has confirmed a full content list for the title.

Andrew Evans · Jan 31, 2020· Comments
If you’re an EA Play subscriber looking forward to the launch of GRID Legends next week, then there’s some good news for your wallet. Depending on your subscription level, you’ll be able to pick the title up for a time-limited free trial or even completely free and with early access.

Andrew Evans · Jan 31, 2020· Comments
With GRID Legends only a couple of weeks away now, GTPlanet was invited to another preview event, this time focusing on the game’s multiplayer.