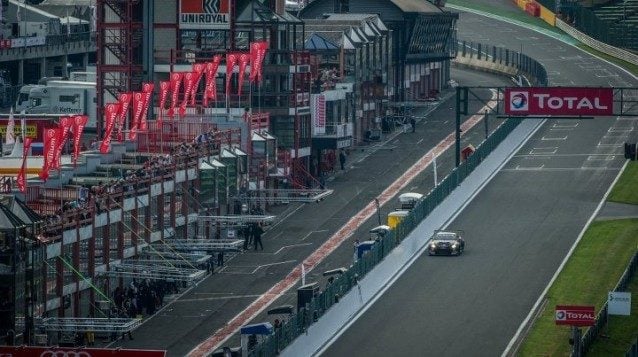 As reported earlier in the month, 2009 GT Academy champion and LMP2 racer Lucas Ordonez has joined the RJN Motorsport Blancpain Endurance team for the Spa 24 Hours this weekend.

The event marks the second time Lucas and 2011 GT Academy champion Jann Mardenborough have raced together and the second 24 hour race in which they’ve done so this year!

The race gets underway at 14.00 GMT/UTC (convert to your local time zone here) with the team in 41st place on the grid and can be followed through:

To give viewers a perspective of the RJN Nissan Nismo GT-R GT3 the team will be driving, Nissan have released this video of Jann comparing the car to the GT-R road car (bonus points on offer to anyone who can spot the GTPlanet staff in the video!):

Meanwhile in North America, 2011 US GT Academy winner Bryan Heitkotter has scored yet another pole position in the Continental Tires Sports Car Challenge, with a 1’35.922 time around the Indianapolis Motor Speedway infield course. His race has already started (and not started well), but is currently suspended under red flag regulations due to severe standing water on the circuit.

Bryan HeitkotterJann MardenboroughLucas Ordonez
The original comments for this post are no longer available.
GT Sport Circuits Quiz: Can You Spot the DLC Track From These Detail Shots?