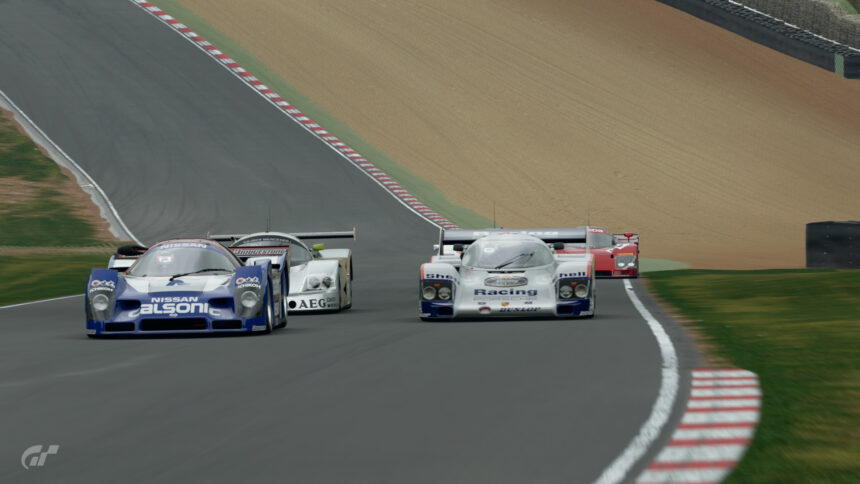 GT Sport’s Daily Races are visiting some real-world circuits this week, with three races on some classic older tracks.

Race A gives you a choice of front-wheel drive race cars for four laps of the Autopolis circuit. It’s a combination we’ve seen a couple of times before, but it’s usually quite entertaining and any of the four cars — the Audi TT Cup, Peugeot RCZ Gr.4, Renault Sport Megane Gr.4, and Volkswagen Scirocco Gr.4 — is capable of taking the win. Watch out for that wheelspin on the grid start though.

It’s a single lap of one of the most challenging tracks in the world for Race B. You’ll use your own Mitsubishi Lancer Evo Final Edition (and it’s likely that the daily workout roulette wheel has given you plenty of them already) for the race, which will reward staying on the track more than outright speed..

The pace picks up quite a bit in Race C, as you’ll head to the Circuit de la Sarthe, home of the 24 Heures du Mans, and fight it out in Gr.1 machinery. These are the fastest of the real cars in the game, although some of the Vision GT cars also have Gr.1 candidates.

All three races will run through to Monday, September 23. 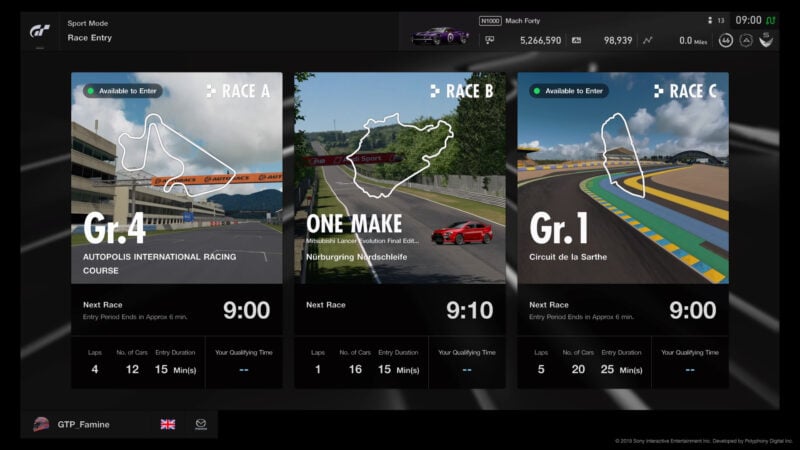 Daily Races
621 Comments Discuss this post in our forums...
Can You Beat the Impossible Gran Turismo Quiz?