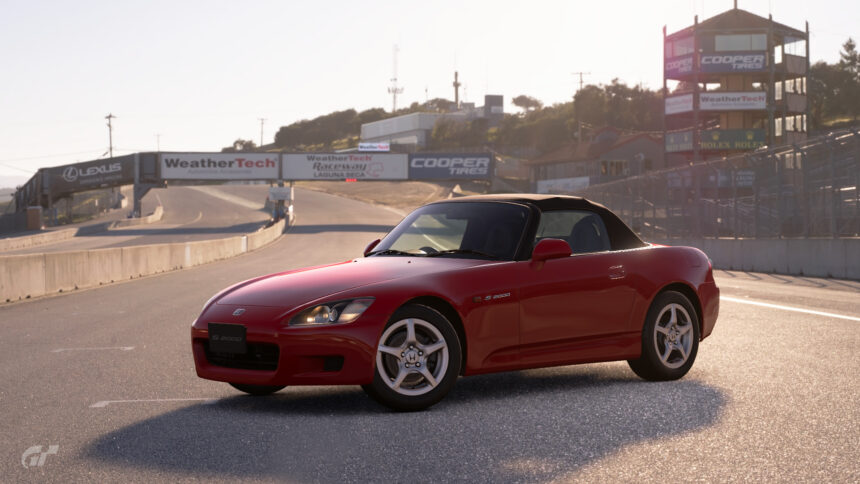 You’ll be skipping between three continents in this week’s GT Sport Daily Races, with a couple of nods back to Gran Turismo of old.

The three races this week all feature circuits that have been in prior GT games, and for the most part the cars are familiar friends too. This is probably most obvious in Race A, which takes you to the Tsukuba Circuit in the Mazda Roadster Touring Car. The race should bring back memories of long, long endurance races in the convertible Mazda at the circuit, even though the car itself is PS3-era one. It’s a simple five-lap sprint on Sports Medium tires and with a grid start, and the game provides the car for you.

Gran Turismo 2 is the theme for Race C, as you’ll head to Laguna Seca in the Honda S2000. Both made their series debut in the second title, and you’ll be driving an 11-lap endurance race with the combination here. The S2000 will wear Sports Hard tires, with a de-tune to 196hp there shouldn’t be any traction issues. Nor tire wear for that matter, as the 5x multiplier won’t make much of a dent. Watch out for the false start check on the grid start though.

Race B will be a familiar one for GT Sport players though in the Nurburgring GP circuit it too features a track from the past. Simply head out with your favorite Gr.3 race car for the four-lap race here.

These three races will run through to Monday, February 3, when another new set of three will replace them. 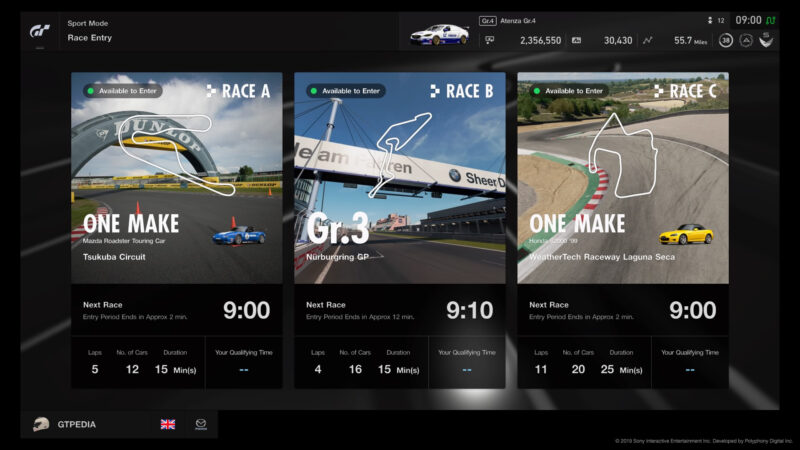 Daily Races
795 Comments Discuss this post in our forums...
Test Your Badge Knowledge With Our Car Logo Quiz

Gran Turismo Sport 795 Jan 18 by Andrew Evans
There’s a new set of GT Sport Daily Races this week, to tide us all over while we’re waiting for the next FIA season to start. The options are relatively…

Gran Turismo Sport 1791 Jan 17 by Andrew Evans
Polyphony Digital has announced that its flagship FIA Gran Turismo Championships series will return for another season in 2021. The announcement confirms that the championship will continue into its fourth…

Gran Turismo Sport 239 Jan 14 by Andrew Evans
The first new GT Sport Time Trials of the year are with us, and there’s something a little different to try for the next couple of weeks. Though “Gr.3 Super…

Gran Turismo Sport 795 Jan 11 by Andrew Evans
GT Sport fans have a new set of Daily Races to occupy them over the next seven days, with a couple of old favorites and combinations we’ve not seen in…

Gran Turismo Sport 795 Dec 28, 2020 by Andrew Evans
The last set of GT Sport Daily Races for this year is heading to the real world, and taking players to some of the game’s destinations around the globe. Race…