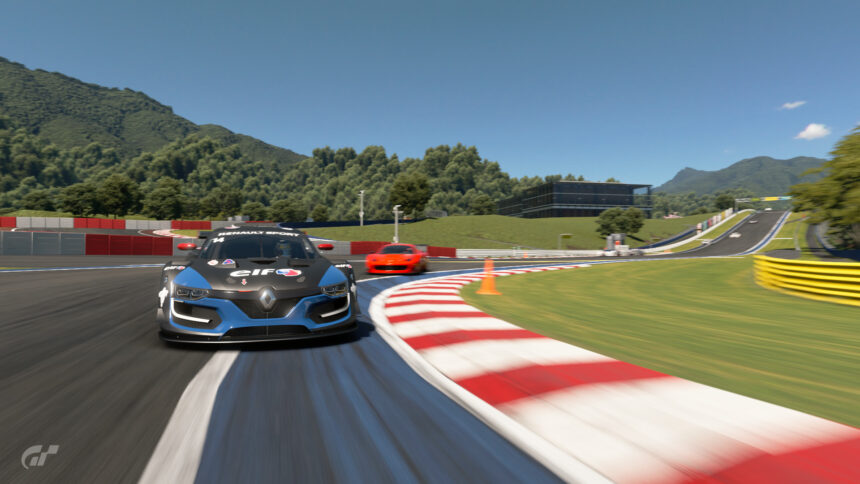 You’ll get to visit some of motorsport’s oldest venues in this week’s GT Sport Daily Races, as well as somewhere a good deal more virtual.

Race A starts the action at the Goodwood Motor Circuit. The track originally sprang into life back in 1948 on the perimeter roads around the RAF Westhampnett airbase. Over the years it hosted a variety of motorsport events, up to non-championship rounds of F1, ending in 1966 as cars became too fast for the circuit without modifications. Goodwood now hosts a period-themed celebration of the era each year at the circuit, known as the Goodwood Revival.

There’s nothing in-era about this race however, as players will be taking the mid-engined Renault Sport Clio V6 on a five-lap race around the track. It’s a specially provided car for you this week, so pick a color and get racing.

The location for Race C dates back even further, first hosting events back in 1927 — although you’ll be racing on the Nurburgring’s more modern GP circuit. For this week you’ll need to race your preferred Gr.4, road car-based racer on a nine-lap event around the GP track. Fuel and tire consumption are both in single digits, but at 7x and 8x respectively there will be an obvious difference between the wide variety of layouts in this class.

In the middle we find Race B, which takes you to one of GT Sport‘s new original circuits. Kyoto Driving Park Yamagiwa is the longer and faster of the two discrete circuits at the Kyoto venue, and its character suits the Gr.3 cars you’ll be using this week. There’s no fuel or tire use concerns, so you can pick up any Gr.3 of your choosing from your garage and pound out your four laps.

These three races will run through to Monday, February 17, when another new set of three will replace them. 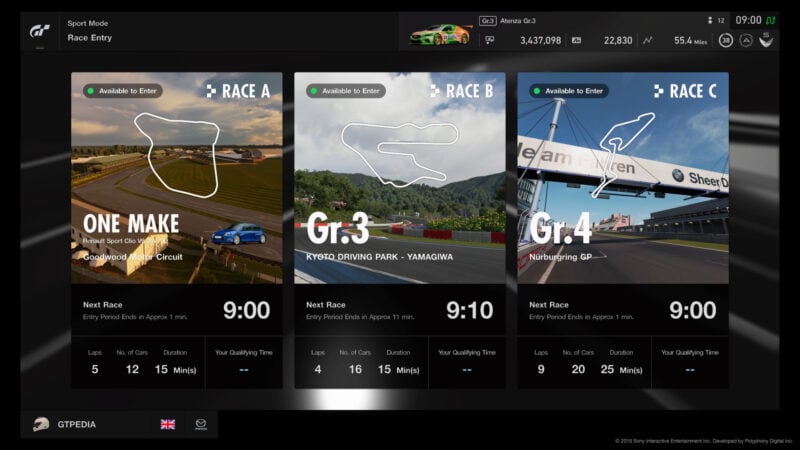 Gran Turismo Sport 702 Aug 3 by Andrew Evans
Given the speed at which 2020 has been passing, it might be hard to believe that it’s the 31st Monday of the year. Nevertheless, a new Monday means a new…

Gran Turismo 7 237 Jul 29 by Andrew Evans
According to the UK-published Official PlayStation Magazine, Gran Turismo 7 is set to be a launch-window title for the PlayStation 5 console when it arrives later this year. We’ve been…

Gran Turismo Sport 702 Jul 27 by Andrew Evans
Monday is upon us yet again, and that means there’s a new set of GT Sport Daily Races for players to get their teeth into. In keeping with some recent…

Gran Turismo Sport 702 Jul 20 by Andrew Evans
It’s the start of a whole new week (yes, another one; sorry), which means that — along with many of us heading back to work again — there’s a new…