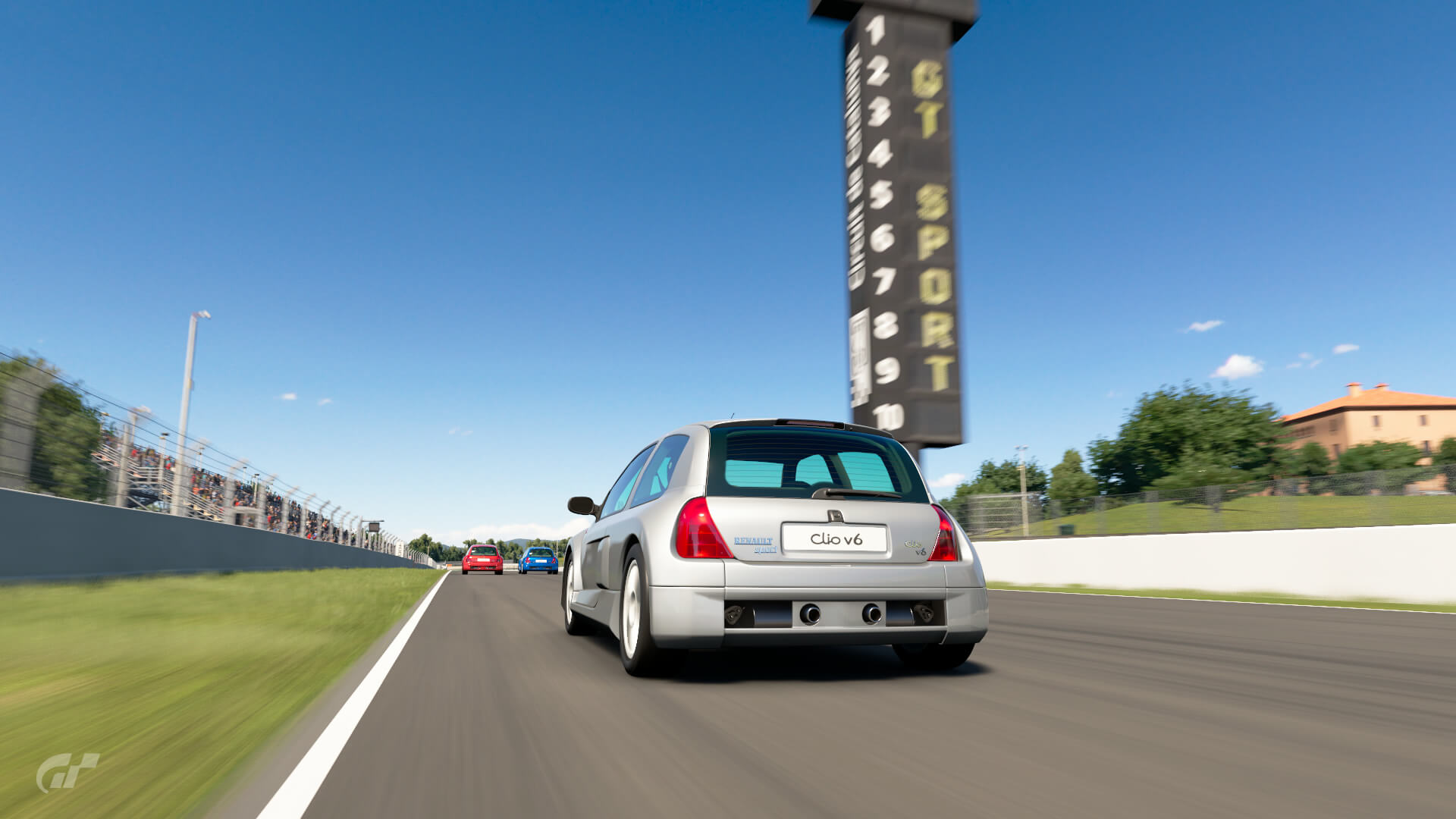 You’ll be racking up the virtual air-miles with this week’s new set of GT Sport Daily Races, which unusually feature three real-world circuits — all of which arrived after the game’s launch. There’s quite the range of speeds on offer too.

Filling in the slow spot is Race A. That takes you to Spain’s primary F1 circuit, Circuit de Barcelona-Catalunya. This is where all the F1 teams do their winter testing and, in this bizarre season, it’s the only place we’ve seen the 2020 F1 cars actually put in hard racing laps. You’ll be going a little slower, in a Renault Sport Clio V6.

The Clio V6 is a very strange hot hatch. Unlike most, which feature front-mounted engines driving the front wheels, the Clio has the V6 — from a people-carrier — sitting behind the driver and powering the rear wheels. The engineering required to make this happen made the Clio a bit heavier than its front-wheel drive siblings and, as a result, blunted performance. However it’s plenty quick enough, and the short wheelbase makes it rather twitchy. You’ll need plenty of car control for this three-lap race, and it’s a grid start too.

Race B heads to a track also built for F1, though it has never staged a race. Autopolis was intended to be part race track, part motorsport theme park, and has hosted a number of flagship events — including World Sportscars in 1991 — but never F1. You’ll head to the track in the Gr.3 race car of your choice for a four-lap race.

The last race drops the performance a little, but should see some pretty high-speed action. It features the Junior version of the Red Bull X2014 race car, a lightweight racer intended as an introduction step to the X-line. The race itself takes place at F1’s fastest circuit: Monza. There’s two additional little details for this race though. Firstly, there’s a grid start with a false start check. More significant is the fact you’re using the variant that misses out the first chicane — Rettifilo — entirely.

These three races will run through to Monday, June 22, when another new set of three will replace them. 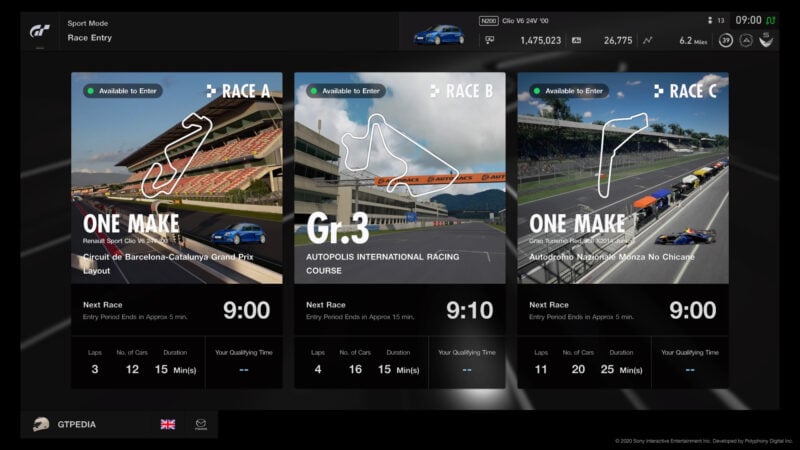