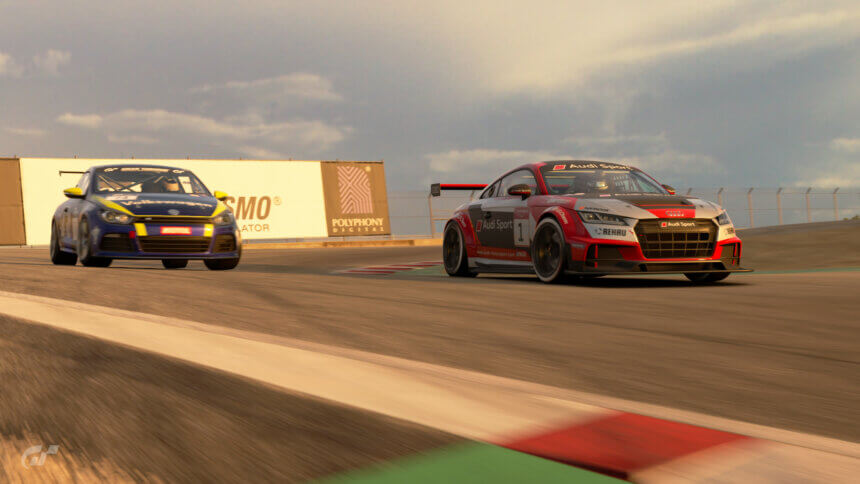 Monday is upon us yet again, and that means there’s a new set of GT Sport Daily Races for players to get their teeth into. In keeping with some recent unusual combination choices, this week sees us without a road car option for the first time in a while.

The Gr.4 cars in the first slot are the closest thing you’ll get to road cars this week, as they’re pretty much stripped-back production models with race-grade suspension and braking components and some aero accoutrements. This week sees a return of the front-wheel drive Gr.4 pick and mix, so you’ll simply need to pick from the Audi TT, Peugeot RCZ, Renaultsport Megane, and Volkswagen Scirocco, and stick out four laps of Laguna Seca. It’s a grid start, for which we’ll recommend a single click of traction control until you’re in second gear.

Race B steps the pace up a bit, with Gr.3 cars. These are more distantly related to their road car relatives, with few common parts outside of the basic body shell and — at least in terms of configuration and capacity — engines. It’s a free choice for you this week, so pick out a favorite and head to the race around the Grand Prix circuit at the Nurburgring for your four laps.

While still bearing road car names, the Gr.2 machines in Race C bear almost no relation to their streetable siblings. These are the cars you’d see in Japan’s Super GT series, with a set of three cars from 2008 and another set from 2016. Power and aero regulations had moved on somewhat in the near-decade between them, and the 2016 cars are usually the weapons of choice — which should again prove to be the case in this week’s event at Fuji.

A complicating factor this week is the mandatory tire: you must use the hard tires at some point in the race, or face a 20-second post-race penalty. With wear set to 13x, the 13-lap race will be the equivalent of 169 laps, and that would bring pit stops into play in any case. The question is one stop or two?

These three races will run through to Monday, August 3, when another new set of three will replace them. 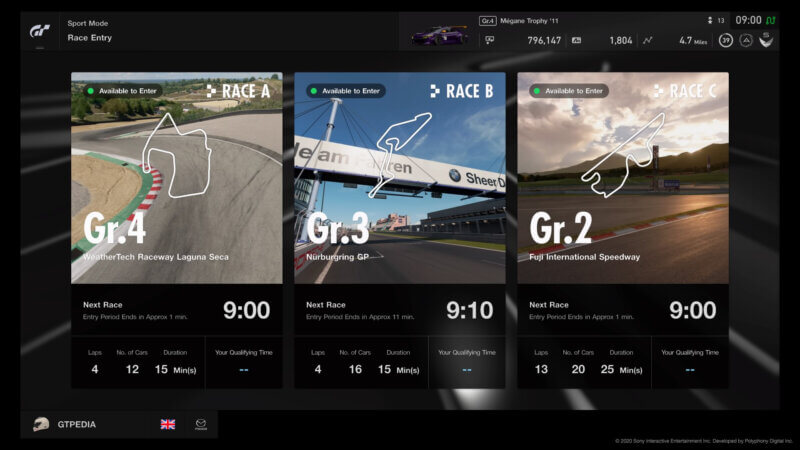 Daily Races
639 Comments Discuss this post in our forums...
Test Your Badge Knowledge With Our Car Logo Quiz

Gran Turismo Sport 3862 Apr 14 by Andrew Evans
With a week to go until the racing action gets underway, Polyphony Digital has announced the full schedule for the first round of this season’s FIA Gran Turismo Online Championship.…

Gran Turismo Sport 639 Apr 12 by Andrew Evans
A new week means a new set of GT Sport Daily Races to get to grips with, and this week’s trio of events brings a mixture of pace to satisfy…

Gran Turismo Sport 3862 Apr 5 by Andrew Evans
As well as announcing the new format for the 2021 season of the FIA Certified Gran Turismo Online Championship, Polyphony Digital has also revealed the largest expansion in eligible players…