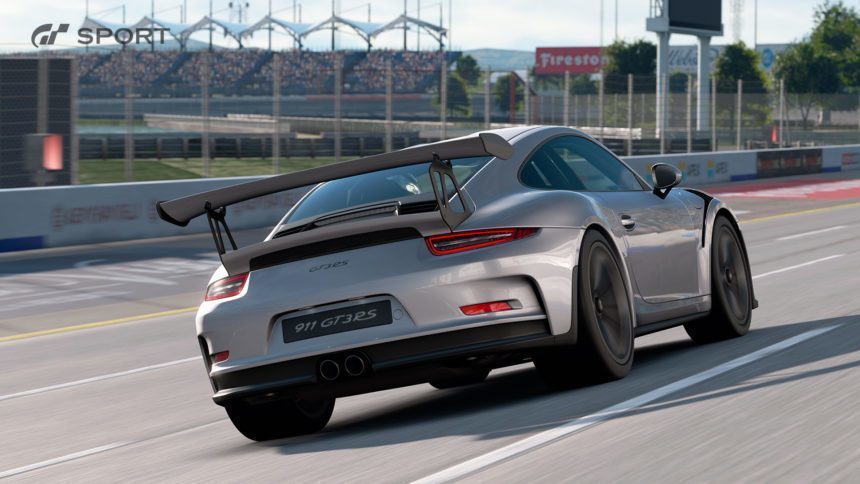 The news broke only a month ago that the Porsche brand is finally coming to Gran Turismo after 19 years.

After the exclusive deal between Porsche and Electronic Arts, which had kept the Stuttgart brand out of any non-EA games without a sub-license, expired Polyphony Digital was quick to act.

An initial gameplay video showing the 911 GT3 RS two weeks ago was enough to whet the appetite, but a new longer video has been released today. Filmed in 4K, the whole clip lasts for just over 3 minutes.

Like the first, the clip shows one silver and one red 991.2 generation 911 GT3 RS battling on the Nurburgring Nordschleife. This new film however shows the action from the red car’s perspective and, better still, does away with the music to allow you to hear the 6-cylinder boxer engines more clearly.

The GT Sport closed beta is about to enter its third month of service next week. The full game is still set to arrive later this year, but no exact date has been revealed.

Gran Turismo Sport 420 Oct 19 by Andrew Evans
After a few complicated races in recent weeks, this week’s new set of GT Sport Daily Races is a return to simpler times. It’s a case of picking how fast…

Gran Turismo Sport 420 Oct 12 by Andrew Evans
A new set of GT Sport Daily Races starts today, with something of a focus on cars with the engine in the middle. There’s three races as usual, with two…