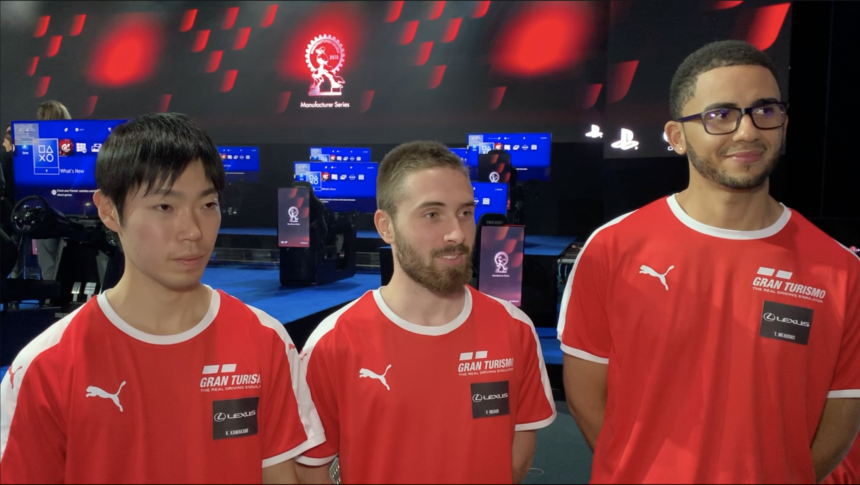 Hopefully you watched the FIA-certified GT Championship’s Manufacturer Series live stream yesterday: it was a real treat, with the podium decided in the final seconds of a one-hour race around the Nurburgring 24h circuit.

In case you missed it, you can read our full race report or watch the broadcast again here.

After the race, we had a chance to chat with all the podium finishers:

We had a chat with Team Lexus after their amazing performance in the Gran Turismo #FIAGTC World Finals Manufacturers Cup:

The Toyota team had quite a race in the GT Championship Manufacturers Cup. Here's what they had to say after their podium finish:

The Aston Martin team was thrilled with their podium finish at today's GT Championship Manufacturers Cup. We talked with the drivers after the race:

We also had a chat with the heavy favorites going into the race, Team Nissan. Comprised of all three regional champions: Kokubun from Asia/Oceania, Hizal from Europe, and Igor Fraga from the Americas, they appeared to be the team to beat going into the final, but a poor qualifying session put them in the middle of the pack at the start.

The real drama happened on the final lap, as Igor Fraga tried to battle his way to the front on the final lap, only for his efforts to end in heartbreak as he ran out of fuel down the Döttinger Höhe straight. We asked him how it all went down:

With three regional champions, Team Nissan went into the FIA GT Championship Manufacturer's Cup as the heavy favorites, but all did not go to plan after disaster struck in the final seconds of the race. Here's what they had to say about how it all went down:

Gran Turismo Sport 1725 Feb 17 by Andrew Evans
GT Sport‘s first World Tour event of the year is still fresh in our minds, but already it’s time to prepare for the next stage. The Pre-Season for 2020 FIA…