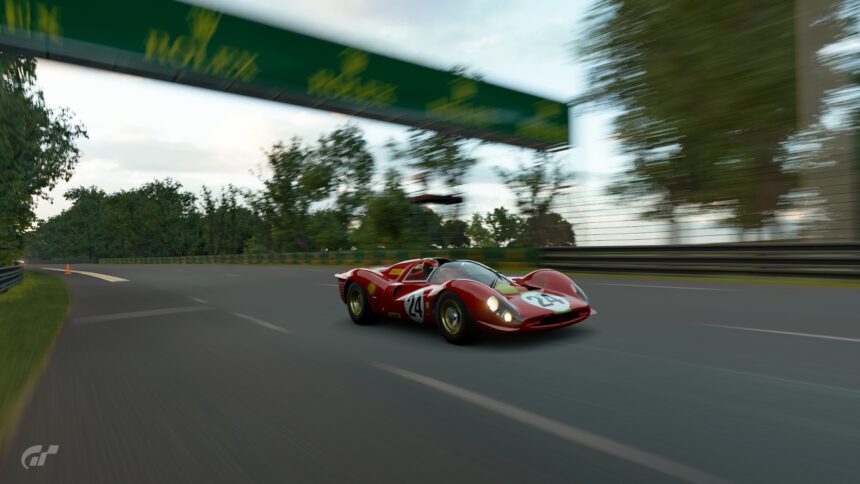 You’re going to need plenty of spare cash in GT Sport to get involved in this fortnight’s Time Trials, as it’s all about rare, road-going racers from the 1960s.

The first event puts you in the driver’s seat of the Mk1 Ford GT40 from 1966. While the race car won Le Mans in 1968 and 1969 (with the very same chassis — one of only two occasions that a car has achieved this feat) you’ll be at the wheel of the road car, and taking on the Willow Springs Big Willow course. It’s a very quick circuit, and any error will see you off into the Mojave Desert.

At a mere 2.8m credits, the GT40 seems inexpensive next to the car you’ll need for the second time trial: the 20m credit Ferrari 330 P4. This car was Ferrari’s entry to the 1967 Le Mans race, and placed second and third behind the Ford MkIV of Dan Gurney and AJ Foyt, but you’ll be taking it back to its home turf.

With tuning enabled, you’ll be trying to set the best lap time you can at the Circuit de la Sarthe, the track which hosts the 24 Hours of Le Mans. To suit the era, it’s actually the layout that removes the post-1989 chicanes (although it still features the reprofiled corners of the 2015 circuit), so you will need to tune the P4 for maximum speed down the Hunaudieres.

GT Sport‘s Time Trial mode is a global competition, ranking your best time against all players worldwide, rather than just those in your region as with other Sport Mode events. These two time trials will run through to April 9, when two further events will replace them. 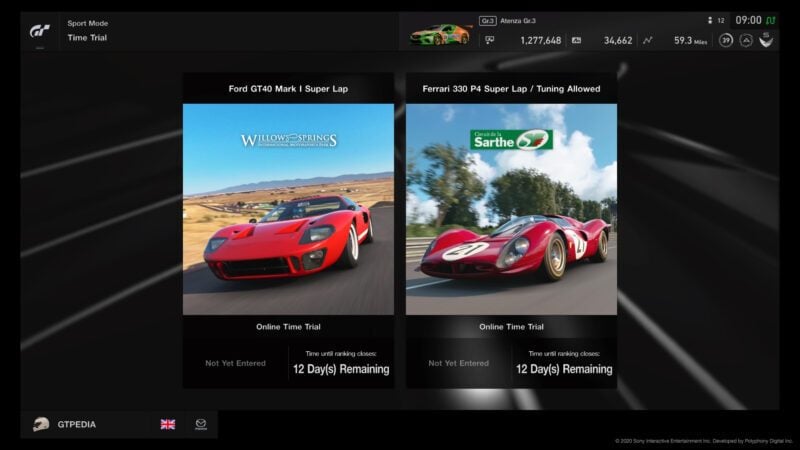 Gran Turismo Sport 217 Jun 4 by Andrew Evans
We hope you like it dirty, because the GT Sport Time Trials released today, and covering the next two weeks, will see you playing in the mud. As usual, there’s…

Gran Turismo Sport 115 Jun 4 by Andrew Evans
The latest game update for GT Sport has arrived and, as expected, it’s all about housekeeping. After a content update towards the end of May, it was unlikely that another…

Gran Turismo Sport 115 Jun 2 by Andrew Evans
It’s not quite two weeks since our last game update to Gran Turismo Sport arrived, but there’s already another one on its way. An announcement on the official GT Sport…

Gran Turismo Sport 2516 Jun 1 by Andrew Evans
The second stage of GT Sport’s radically altered 2020 FIA Online Championship gets underway this week, with another block of ten races in each of the two series. Normally, each…

Gran Turismo Sport 550 Jun 1 by Andrew Evans
The calendar has clicked over to June, and coincidentally it marks the start of another new week. That means there’s a new set of three GT Sport Daily Races to…