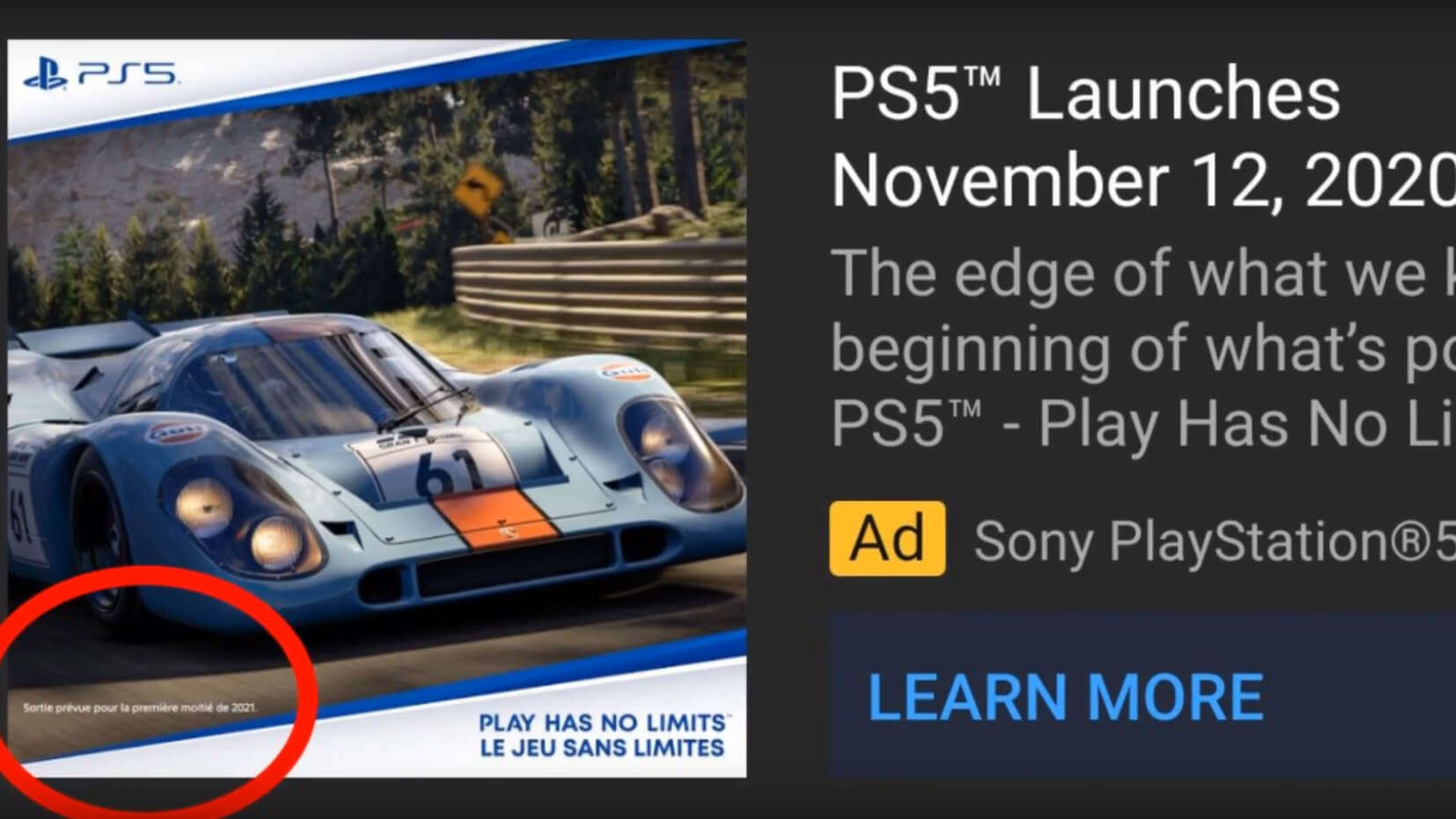 According to an official PlayStation advertisement on YouTube, we have what appears to be confirmation of an early 2021 launch date for Gran Turismo 7.

GT7’s launch date has been a persistent rumor for months. Initially suggested as a possible launch day title for the PlayStation 5, that date has wandered a little to “launch window”. That’s a rather diffuse phrase which generally means within the first three months, but could mean anything up to six months after the hardware hits the market.

Recent attempts by PlayStation to promote GT7 have helped keep that idea in mind, especially the official Gran Turismo Facebook page’s comment that the game is “coming soon”.

The latest evidence comes from a pretty unusual source, but one we’d have to consider as about as official as it gets.

As spotted by ElieTheStig in our forums, an ad for PlayStation 5 from Sony itself is appearing on YouTube for some users in Canada, promoting the November 12 launch date for the console in that territory.

The chosen image for the advert is one from Gran Turismo 7, but it’s the text on the image that’s of interest. It says, in French, “sortie prévue pour la première moitié de 2021”: “release planned for the first half of 2021”. 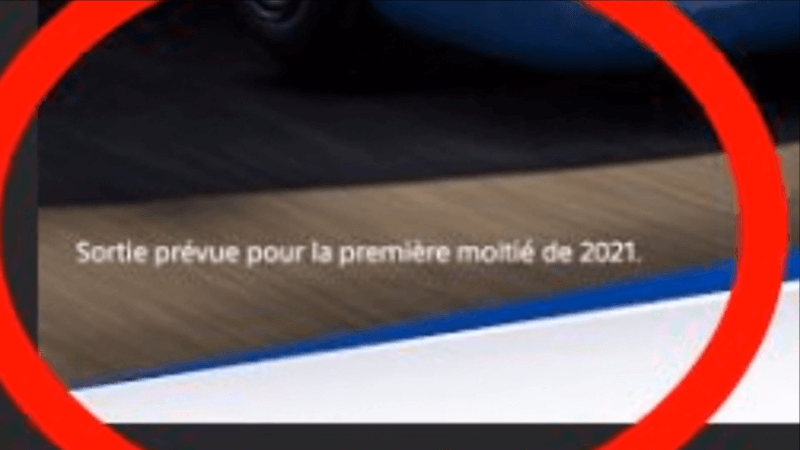 That broadly tallies with the “launch window” concept.

Taken to its limit, a launch window release for GT7 would set the latest possible date as May 19 2021 (to account for the later November 19 PS5 launch date in much of the world), which definitely falls inside the first half of the year. As the game is looking to combine the best elements of Gran Turismo’s “past, present, and future“, a date close to GT4’s American and European launches of February 22/March 9 2005 might be apt – or even GT3’s original April 28 launch.

In addition to the message, the image itself is new — lending further credence to its veracity. Although it features the Porsche 917K at Trial Mountain, just as with the initial launch trailer from June, the car and the angle of the shot are not from the video or the official image release. Rather than the real number board bearing the 1970 Daytona 24 Hour-winning car’s #2, it has a GT Sport-style number board with #61 on it.

As yet we’ve not been able to directly verify this advert’s existence, but from what we can tell for now it appears to be the real deal. We’ll bring you more information as we get it.

Thanks to ElieTheStig for the tip!