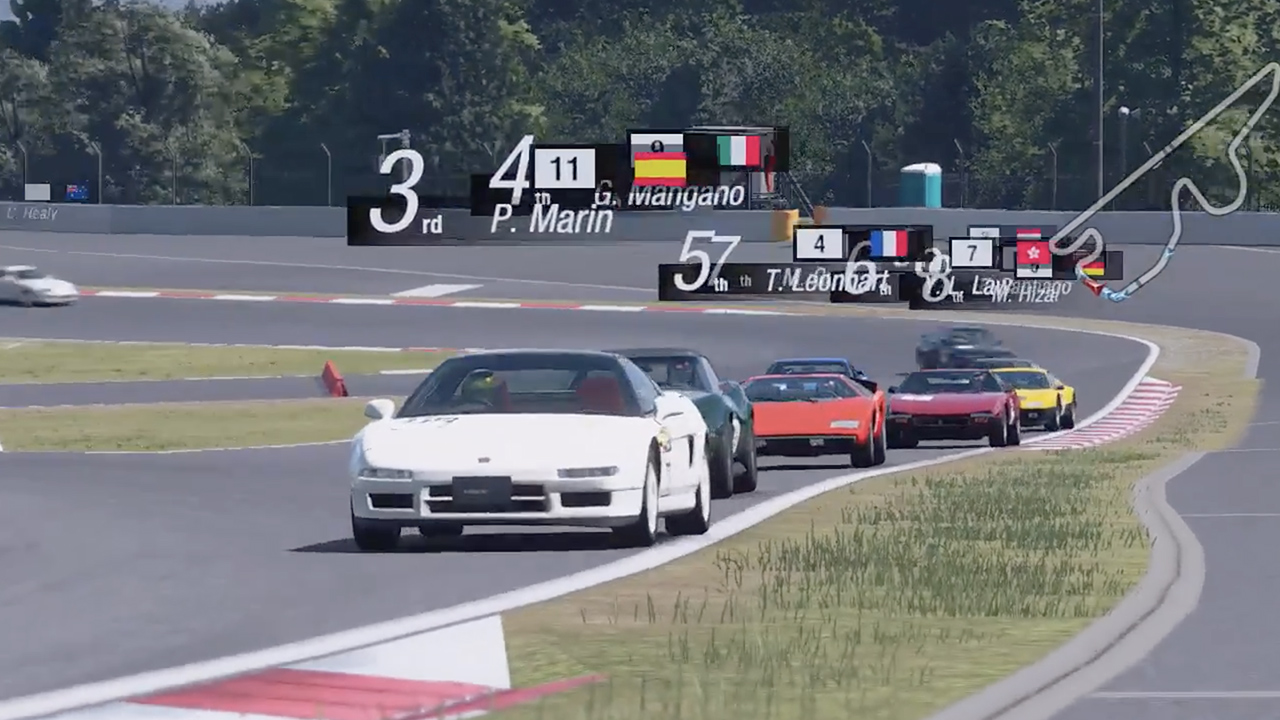 The GT Sport World Tour is going on right this moment in Austria, and it’s provided our very first look at the newest circuit in the game.

As we reported on earlier this week, Fuji Speedway is coming to Gran Turismo Sport. While Polyphony hasn’t announced an official release date quite yet, the fastest drivers have already tackled the track.

The very first race of today’s Nations Cup in Salzburg took place at Fuji. You can watch it below, roughly 18 minutes into the start of the (currently still live) stream:

Polyphony sneakily included two new cars in the race as well. In fourth place on the grid, we see an original NSX Type R line up. It isn’t the only classic ’90s JDM metal either: down in the final slot, the clean lines of a Nissan 300ZX show up. Both cars have been stalwarts of the franchise, and fans of both will no doubt be happy to see them return.

Are there more cars coming? We’ll have to keep an eye out… stay tuned to GTPlanet for more on the World Tour event as well as any other surprises for GT Sport.