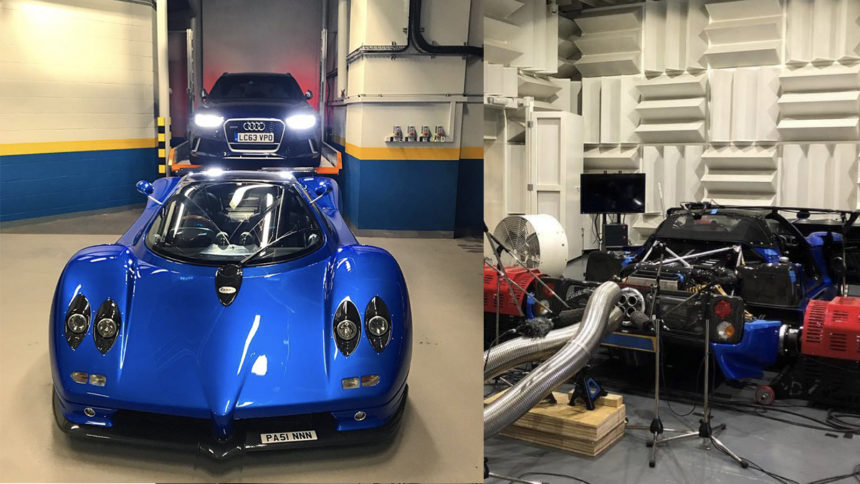 A marque long associated with Gran Turismo could be making its franchise return. At least, that’s what a recent Instagram post suggests.

Pasin Lathouras is a man of discerning taste. Not only is he a successful racer, with a win at the 24 Hours of Spa amongst his trophies, but he has a sizeable hypercar collection. He’s active on social media too, sharing his dream-worthy garage with us common folk. A custom Koenigsegg Agera RS, a Lexus LFA, and a pristine blue Pagani Zonda are amongst his current lineup.

It’s the last car that is the focus here. Lathouras posted an image of the car in a surprising state of undress earlier today. The caption gives the game away:

Great to be working with @sony this past week. Enjoy the sound of a stock Zonda soon in Grandturismo 🙌 • • #granturismo #zonda #pagani #zondas #zondasroadster #V12 #NA #blessed

At the time of writing, Pagani is one of the marques still missing from Gran Turismo Sport. Players last saw it in GT6, but the two brands actually go much further back than that.

Gran Turismo was one of the very first racing franchises to include Horacio Pagani’s supercars. It did so back in 2001’s GT3: A-Spec. Shortly after, the 7.3-liter version of the Zonda showed up in GT Concept, in the same stunning shade of blue as Lathouras’ roadster.

Coincidence? Possibly. But with the re-introduction of the 996-era Porsche 911 GT3 after 17 years — a car which also showed up in GT3, remember — Polyphony certainly has form here.

The question with these sorts of things, as ever, is when. We’ve reached out to Lathouras for more info, and will report on any additional developments as we get them.

Hat tip to queleuleu for the info!

Gran Turismo Sport 144 Aug 13 by Andrew Evans
There’s a new set of GT Sport Time Trials starting today, with a couple of interesting challenges that might be a little unusual. You’ll need to pick your car carefully…

Gran Turismo Sport 609 Aug 10 by Andrew Evans
This week’s GT Sport Daily Races will feel like a bit of a time warp for long-time players. In fact not only were all three races possible right from day…

Gran Turismo Sport 609 Aug 3 by Andrew Evans
Given the speed at which 2020 has been passing, it might be hard to believe that it’s the 31st Monday of the year. Nevertheless, a new Monday means a new…

Gran Turismo Sport 144 Jul 30 by Andrew Evans
The latest GT Sport Time Trials have arrived today, bringing a pair of fresh challenges which this week includes one of the most recognizable cars of the last decade. Our…

Gran Turismo Sport 609 Jul 27 by Andrew Evans
Monday is upon us yet again, and that means there’s a new set of GT Sport Daily Races for players to get their teeth into. In keeping with some recent…