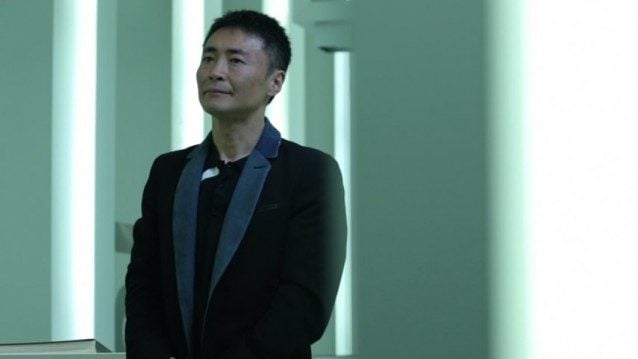 Last week’s Jalopnik Film Festival was a smashing success, and became a unique intersection between car culture, filmmaking, and the Gran Turismo series.

I was fortunate to have some time with Kazunori Yamauchi and Tamir Moscovici – director of the upcoming documentary, KAZ – and we discussed a wide range of topics.

I’d like to extend a special thanks to the SCEA representatives who helped organize this interview, and to Kazunori for enduring all of my questions, despite the fact that he had only arrived from Japan a few hours earlier! 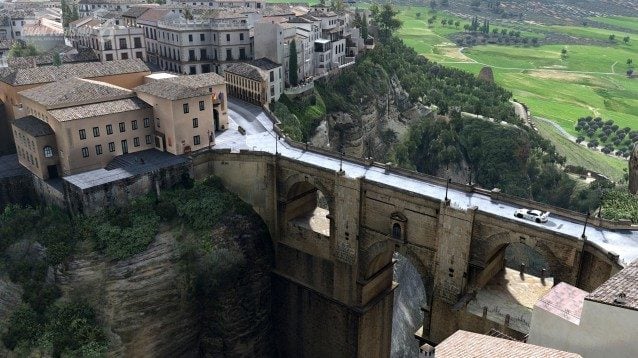 GTP: First, Kazunori, I’d like to talk about your recent comments on the possible size of Course Maker tracks – when you mentioned they could cover an area of over 2,500 kilometers.

“Going by the latest info I’m getting from our development staff, it might end up being closer to 20×20. That is still very large – the Nurburgring is about 5×5 kilometers in the game, so it is quite a lot of space.”

GTP: Will players have more control over the tracks they can create in GT6, compared to GT5?

“We might start off by providing tracks that we’ve made to the users first – and then the editing user interface might come a little bit after that.” 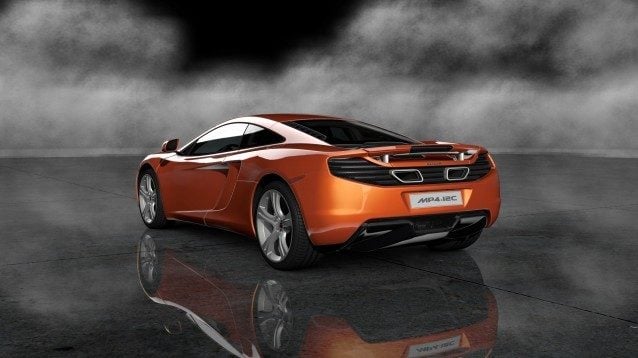 GTP: On the subject of things which may come after release, you recently mentioned that engine sounds will most likely be changed in an update after the release of GT6. As you know, that’s a big area of interest to many fans out there – can you explain how difficult it is to create satisfying engine sounds, and why it is such a big project?

“We’re still in the process of making the engine sounds, so I’d rather wait and comment on that after it is complete.”

GTP: As you know, people discovered ways to modify the game data in GT5, and it became a very popular thing. Did you learn anything from that, in terms of how people were customizing their cars? Has it had any impact to your view on game design moving forward?

“We knew from GT1 that players and users have a strong need and desire to modify their cars, and it was just kind of a re-confirmation of that fact, and in GT6, we’ll have a lot more car customization options for the game.

“I was even thinking about providing something like a ‘Pro’ version of Gran Turismo, like a ‘Gran Turismo Pro’, so that you can really get into detail with the car customization process.”

GTP: I think that would be very popular!

“Yes, I’d like to get it to a point where you can make your own custom cars. The issue is that would be really complex to do, but it is something I really want to do, to make a professional version of Gran Turismo.”

“For me, the PSP version was a rendition of that idea. Thinking about it now, even small kids, they are playing the full version of Gran Turismo! So, now, I think we don’t really need to make a special version of the game for them.” 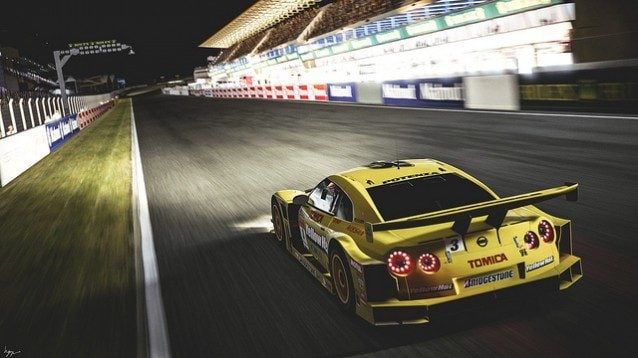 GTP: What about B-Spec mode? Will B-Spec racing return to Gran Turismo 6? If so, how do you see its features evolving in the future?

“Among all the users of Gran Turismo, there are some guys who really have a hard time driving themselves, but really like cars, and B-Spec will be a big part of the game for them.”

GTP: From the outside, it appears that Polyphony Digital has kept a very small, tight production team, while the games have grown in massive complexity. Is there a reason you like to keep the company limited in size?

“The people who develop Gran Turismo are really all like family. We still have people working on GT6 who also worked on GT1. I think that’s one of the strengths of Polyphony Digital, that we have those people.

“Even with the cars, we still don’t outsource any of the modeling with the cars, and that’s just how we do it and I think that’s what leads to the uniqueness of the game.”

GTP: You’ve mentioned before that the game modes in GT6 were mostly completed. Can you give us a preview of how the single player will progress through the game?

“No, I still can’t say! Compared to GT5, though, I think the tempo and flow of the game will be a lot quicker and easier, and there’s no more experience points.”

GTP: Many game developers now are monitoring how players play their games and what features are the most popular. Have you done this with GT5, and if so, are there any interesting things that you have discovered from that data?

“In GT5, we do see how people are playing the game, and what we found was that a majority of the players are just casual players.

“What we’ve discovered is that the game modes which are most played are the ones which first appear. It’s also the cars and tracks which appear at the top of the lists which get played the most. So, that means that we have to be very careful in designing the UI.” 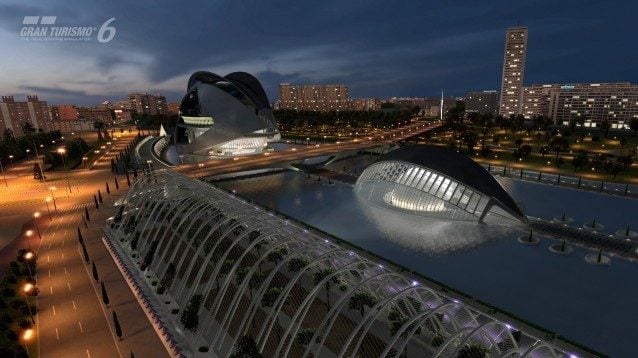 GTP: Vision Gran Turismo is clearly a big deal for you and the GT series. What’s it like to work with automotive companies on these types of projects?

“It makes me very happy and I’m very honored that they would do these things. What’s really great about it is that these manufacturers are actually having a lot of fun getting involved with it.

“These designers and engineers are getting very serious about what they’re doing and building for the game, and they’re all really enjoying it from the bottom of their hearts. They are sort of looking at each other and trying to figure out what the other companies are going to do!”

Later in the interview, Tamir Moscovici, director of the upcoming documentary “KAZ”, joined the conversation.

GTP: Kazunori, I know you have many responsibilities as director of Polyphony Digital and as an executive at Sony Computer Entertainment. What is involved in a typical day for you back home?

Kazunori Yamauchi: “It’s very monotonous, actually, and very simple. Wake up in the morning – or wake up in the afternoon, more likely – quickly eat breakfast. Where I live from the office is about five minutes in my car. Through the day and into the night I work.

“I often make my own dinner, then read a book, and then go to bed. That’s my life when I’m in Japan. I hardly ever go out drinking or anything after work. I’m just always eating the same food, and doing the same thing every day!

“But work itself is very fun for me, so I don’t really feel like looking for more fun after work.” 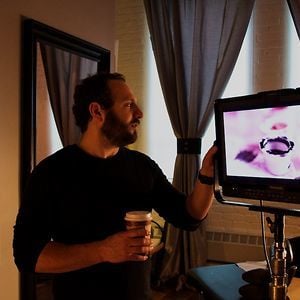 GTP: Tamir, I know you are accustomed to being around very interesting people who do lots of very interesting things. You’ve had more time with Kazunori than just about anyone outside of Sony. What have you learned about him and what do you think is the most unique aspect of his personality?

Tamir Moscovici: “I’ve had the good fortune to go to race tracks and to meet a lot of famous people, and when I went in to this project, I really only knew what I had read. As much as I wanted to sit down and have some meetings and sit down and talk, it just never lined up.

“I got told ‘Be here at 5:30,’ or ‘Get here now,’ everything just sort of happens in real time, which from a filmmaking standpoint is exciting.

“Once I was let in, the one thing that stood with me and is even sitting with my editor now as we are going through all the footage, is that there is an element to this story of loyalty and family that was open to us and welcome to us. Nobody ever leaves Polyphony or Gran Turismo – everybody seems to stay – because it seems to be a very nurturing environment, and that cycle of nurturing just seems to bring in more people, and that relationship extends to the fans. 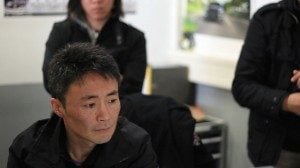 “When we spoke about it – and it’s interesting, in regards to Vision GT – I don’t think it could have happened 15 years ago. Not because of where the game was graphically, but because the guys sitting at the table of the automotive companies grew up playing the games, and now they want to design cars for the game. So, now, we have this whole other cycle forming.

“To me, the most amazing part is this family that’s growing through it, and Kazunori mentioned to me there is a sense of “movement”. I didn’t get what he meant by that at first, and then it all made sense as we started to look at the footage. And now, that’s the story that I’m going to tell – I want to show that it transcends just the game.

“That’s the most interesting part. Running footage of cars, or sitting with some exotic car under a railway track in Tokyo, those are all cool things, but our big picture is what I just said – this idea of movement – and that movement is tied back to loyalty and family.”

Kazunori, you are a very private person and Polyphony is a very private company. What was it about Tamir that made you want to open up to him in this film and what do you hope to accomplish with it or that people will learn from it?

Kazunori Yamauchi: “I think Tamir, when you look at him as a creator of documentaries and a filmmaker, he’s very, very dedicated, and he comes closer and closer very naturally, so I started opening up to him.

“But, really, if we have the time together, you’ll see I’m not really a reclusive or closed person!” [Laughs.]

Tamir Moscovici: “Yeah, I think that’s a hard question, we are just kind of doing things backward. We built the outside of the car before we built the engine and the suspension.

“But, we are, for lack of a better expression, we are still very much deep in the creative cocoon, only just now ready to come up and start sharing components of it.