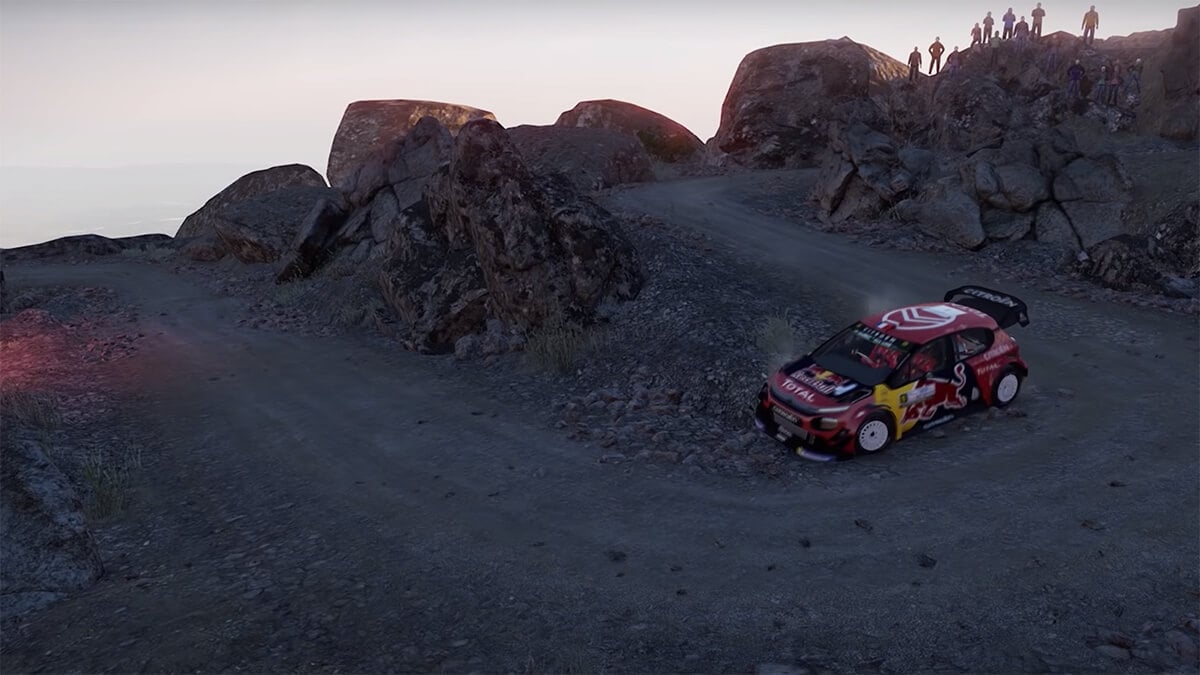 Kylotonn Racing and Bigben Games have shown off more of this September’s WRC 8. The latest preview video gives rally fans a look at a grueling Rally Argentina stage.

It’s been a while since we’ve had a look at WRC 8. Last time we talked about it, it was after Kylotonn’s first live stream. That event revealed a lot about the game, including pro esports drivers’ opinions on the improved physics. One other aspect it showed off was the franchise’s new dynamic weather, and it’s in this latest video we get a clearer picture.

When we say clearer, we’re referring to the quality — halfway through the run, the rain starts falling. It’s a pretty stark contrast from the beginning of the video: a properly atmospheric sunset gives way to a gray, foggy, water-logged route in a matter of minutes. As if the jagged rocks lining most of Rally Argentina weren’t threatening enough…

With both E3 and Gamescom between now and the WRC 8 September launch, we’re expecting more progress videos from Kylotonn. When it launches, WRC 8 will feature over 50 teams from WRC, WRC 2 and Junior WRC. It will also feature historic models like the Alpine A110 for the first time, as well as host the fifth season of the WRC Esports season. WRC 8 will be available on PlayStation 4, Xbox One, PC and Switch.