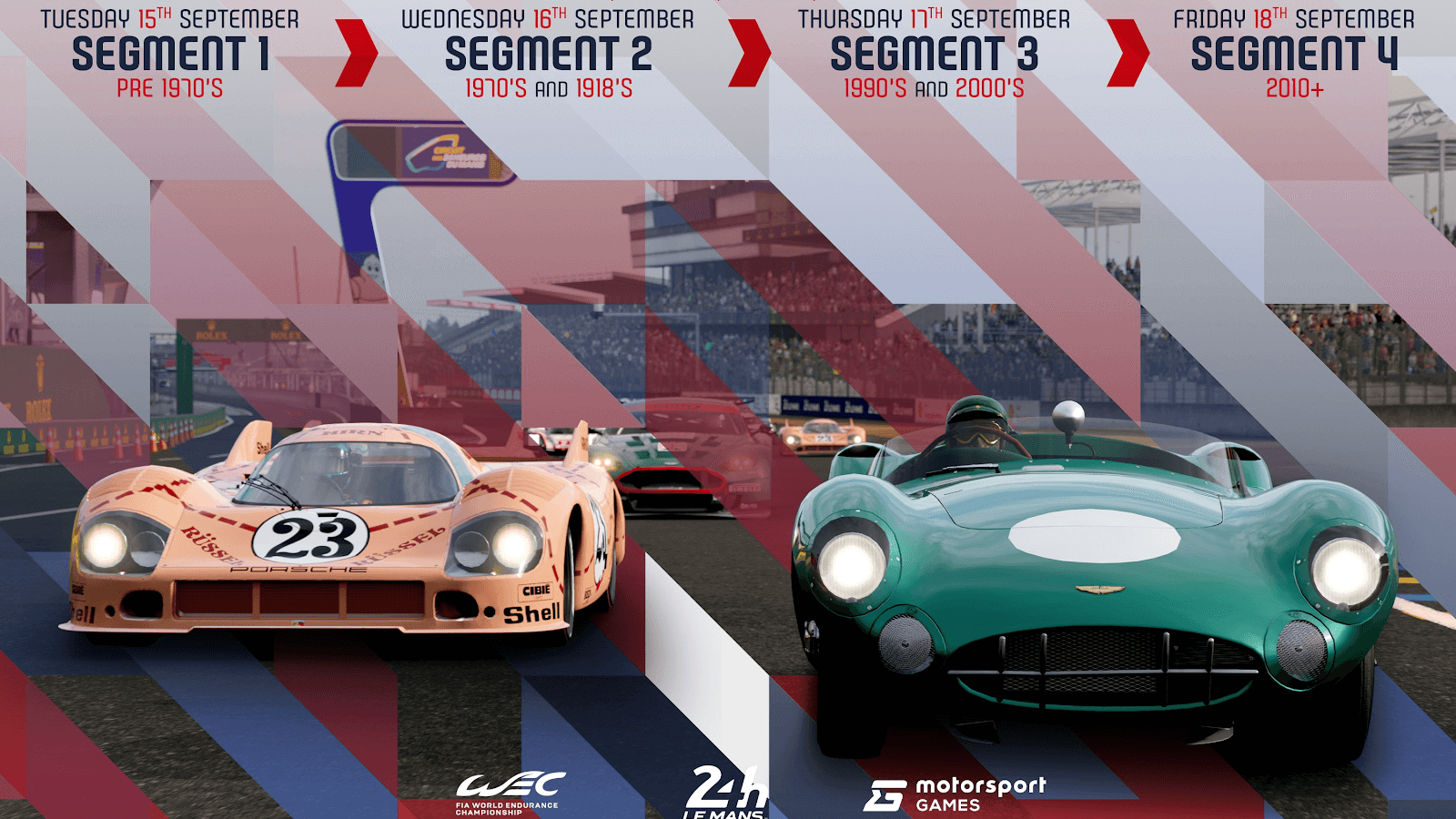 Over the next four days we’ll find out which teams will be crowned as the 2020 Le Mans Esports Series (LMES) champions, and take the largest shares of a $150,000 prize pot.

Like so many other events this year, LMES has been affected by the ongoing global situation. The event was planned, like last year, to take place over a single, 24-hour period, and specifically the 24-hour period of the Le Mans 24 Hours, at a venue in the Village at the circuit. However this year’s real race was postponed — to this coming weekend — and the gathering esports drivers from around the world is still not possible.

This means that the drivers will be safely at home around the world, and instead of packing all the action into one day, the racing will now take place over four consecutive afternoons. Each day will feature themed races, with pre-1970s cars on September 15, 70s-80s on September 16, 90s-00s on September 17, and modern cars for the September 18 final.

There’ll be two hour-long sprint races and a two-hour endurance each day, and the bottom two ranked teams in each category will be eliminated at the end of each round. That will leave three teams in each class to fight it out in Friday’s final.

Seven teams have qualified for the Pro category, to join defending champions Veloce Esports this week. They include some well-known names like Lazarus, Red Bull, and Williams, along with some perhaps less famous teams in Fast Racers Forza, RYZE Motorsport, Solar Vision Racing, and Total Performance Racing. There’s also a ninth team, going by the name of “Wolves of Dawn”. That’s an ensemble cast of top esports racers whose teams didn’t qualify for the final.

In addition to the Pro class, there’s a Pro-Am group as well. These are drivers who have qualified either through the Rivals system in Forza Motorsport 7, or through live events. LMES will make teams out of these individual drivers by way of a draft system.

The action all gets underway at 1400 UTC on Tuesday, September 15, and you can catch it all live below: