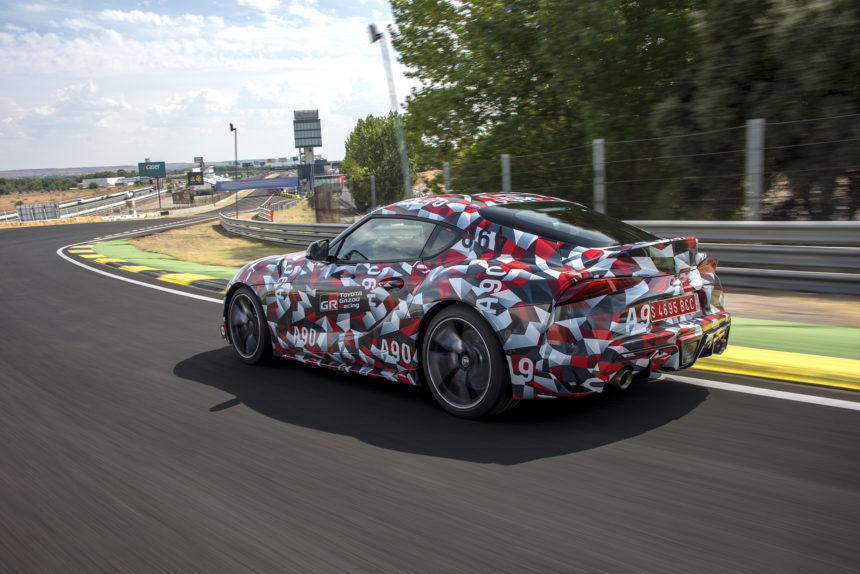 The upcoming fifth-generation Toyota Supra has been all the rave lately, and for good reason. With its production run coming to an end in 2002, the fan favorite is set to return next year in a blaze of glory.

That isn’t to say fans of the car aren’t going in sight-unseen, in fact it’s quite the opposite. Thanks to a quick-witted individual, the Supra smiled for the camera a few days ago. If the all-new model baring it all wasn’t enough to rev you up, you’re in luck — we’ve got more.

While it shares an unmistakable resemblance with the FT-1 concept car, one question remains: what does it sound like? Luckily, Toyota is here to answer that very question. Before the car makes its grand entrance at next year’s Detroit Auto Show, you can get a feel for its straight-six engine now.

That’s right, like its predecessors, the new car will continue to use a three-liter, six-cylinder engine. Without any further ado, this is what the all-new Supra sounds like. As the video alludes, we’d suggest having a pair of headphones at the ready:

With everything accounted for, down to the turbocharger, there’s only one conclusion: it sounds good. While not quite a 2JZ, there’s no denying the new straight-six engine means business. There’s enough burbles and pops to make anyone happy, and that’s even without the rumored GRMN version, or the aftermarket tuners.

The full reveal isn’t far away, coming at the Detroit Motor Show in January. If you’ve already seen (and heard) enough, get to Arizona to bid on the very first production car.

ToyotaToyota Supra
2625 Comments Discuss this post in our forums...
GT Sport Circuits Quiz: Can You Spot the DLC Track From These Detail Shots?