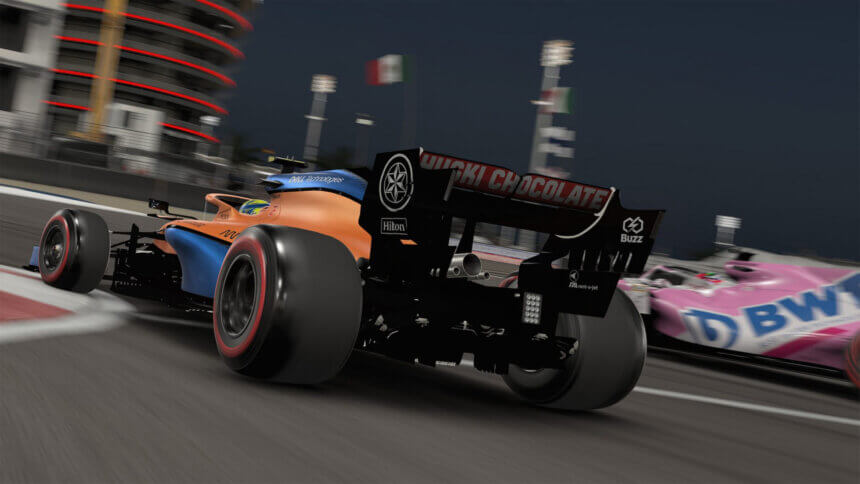 While it might seem like we’ve heard a lot about esports in the F1 games over this summer’s hastily re-arranged motorsport schedule, the official F1 Esports series is about to get underway.

It’s just about 10 months since the 2019 final, which saw David Tonizza win the driver’s title for the debutant Ferrari team, and Red Bull claim the constructors title. Both are back for 2020, but there’s been a few changes — some of which are enforced.

Rather than live stadium events, this year’s races will be all conducted remotely. The drivers in each race will dial in from home, for qualifying and the three races each week. F1 Esports has supplied mandatory equipment, and anti-cheating software to all 30 drivers across the ten squads, but lag may well prove to be a factor this year.

In addition, the races are all getting longer. Previously we’ve seen 25% distance grands prix, but for this year that’s grown to 35%. This will entirely change race strategies, and driver fitness may well start to play a role too. While far from matching the physical exertion of driving the real thing, don’t underestimate the effort and mental exertion involved.

There’s also some new tracks to get to grips with. That doesn’t only mean the new-to-series Hanoi Street Circuit — which makes its debut this week — and Circuit Zandvoort, but a surprising fresh strip of asphalt. Mexico’s Autodromo Hermanos Rodriguez will make its F1 Esports debut, after six years on the real F1 calendar.

Qualifying for the first two rounds on Wednesday has already taken place, and there’s a slightly surprising name on top in both rounds. Renault’s Nicolas Longuet, who only raced twice last year but also netted two podiums, secured pole position in both the Bahrain and the Vietnam events which will take place this evening. He’s ahead of Marcel Kiefer’s Red Bull for the first race, and Jarno Opmeer’s Alfa Romeo in the second.

After today’s racing there’ll be another qualifying session ahead of the race in China tomorrow evening. The action all gets underway at 1830 UTC, and you can catch it live below.

WRC Series 18 Jun 16 by Andrew Evans
If you’re a PC player and you use Steam, you’ll be able to play a short demo of WRC 10 for free over the next week, starting later today. Thanks…

Forza Series 154 Jun 13 by Andrew Evans
Microsoft has officially announced Forza Horizon 5, and at the same time confirmed both its setting and launch date. As expected, the Horizon Festival will move across the Atlantic to…