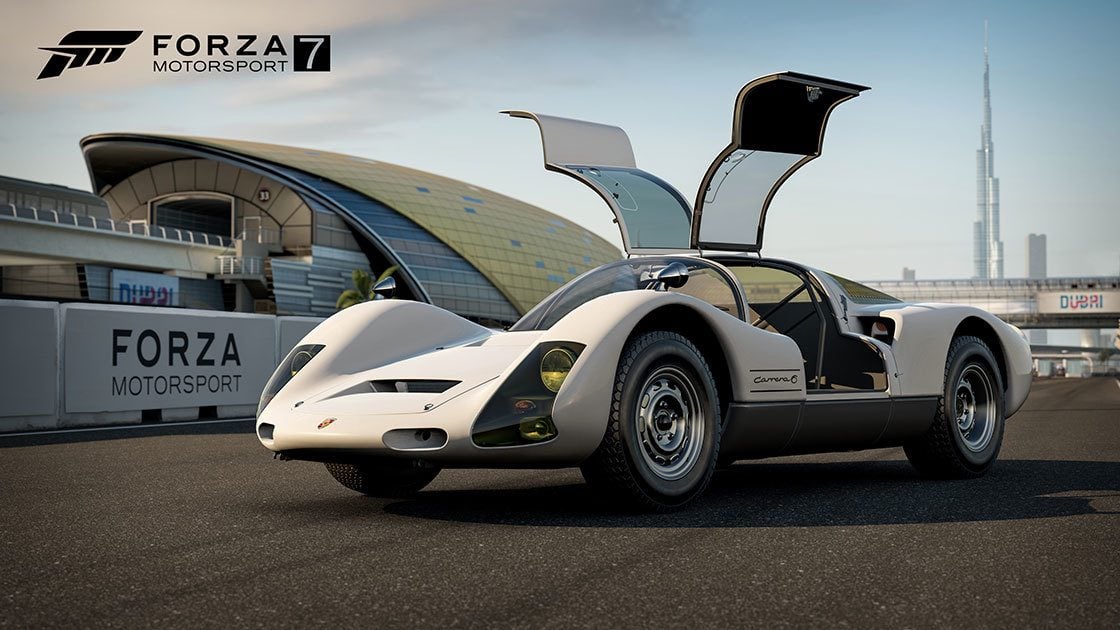 After a little over a week’s worth of delays, the latest Forza Motorsport 7 car pack is here. Dubbed the K1 Speed Pack, the sixth monthly car pack introduces seven brand-new cars to the series.

Of course, regular readers will already know the contents. Last week — right around the time of the original launch date — our community uncovered the full car list.

No, your eyes don’t deceive you; that’s a minivan in amongst the exotica — a first for the franchise (but certainly not for the genre). A Maserati Levante joins the Odyssey as the expected crossover/truck (there’s been one every month). Both vehicles should make for some interesting comparisons to more established performance cars. It’s more than a little strange to think that the Odyssey has similar engine stats to Honda’s top-shelf sports car from just over a decade ago…

Luckily, Turn 10 plucked the remaining vehicles straight from the history books. The Ferrari 166 Inter Sport was one of Enzo’s first road cars, although it could (and was) adapted to multiple racing series. The Porsche 906 shares a similar story; it was technically road-legal, and notched up a variety of victories in its short, illustrious career, including class wins at Daytona and Sebring.

Flashing forward a decade, there’s the stars-n-stripes ‘Vette. The Greenwood monster was a crowd favorite at Le Mans in its day, storming to well over the double-ton on the Mulsanne. It joins the increasingly crowded Group 5 lineup of FM7.

A pair of ’80s models rounds out the pack. The 924 GTS is the second Porsche of the pack, and the ultimate road-going evolution of the model. Meanwhile the Nissan GTP ZX-Turbo adds some vintage prototype speed, and was the first car we knew about after Turn 10 revealed it early.

The K1 Speed Pack should be available to players across the globe later today. It’s the final pack to be included in the FM7 Car Pass, and rings up at the usual $6.99 on the Xbox Store.