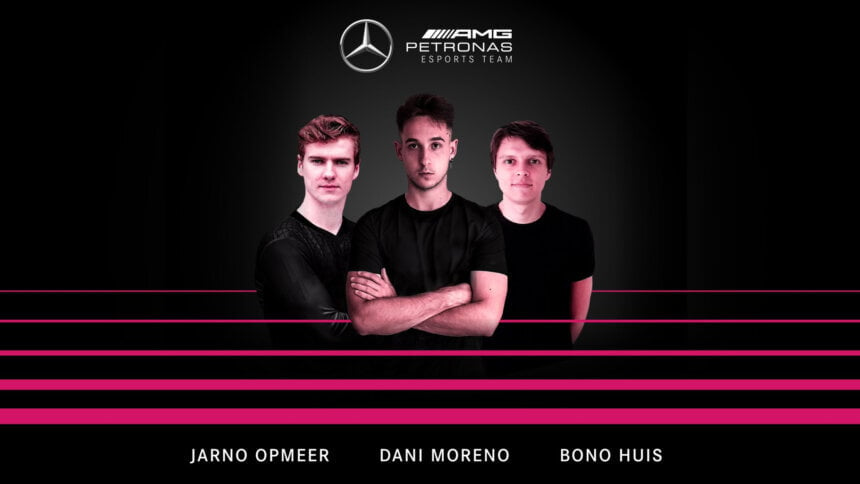 Replacing a driver of Leigh’s caliber was never going to be easy, but Mercedes has clearly set its sights on at least one title in 2021 in signing Dutch driver Opmeer. The new champion won his first F1 Esports title last season, driving for the Alfa Romeo team alongside Daniel Bereznay, but it was far from a surprise.

Opmeer’s first season in F1 Esports came in 2019. Driving for Renault, he finished fourth overall, picking up one win — at Hockenheim — along with a further four podium finishes. That actually placed him one spot above Leigh in the final standings, although the gap was a relatively large 46 points.

The rearranged, online-only championship in 2020 saw Opmeer deliver four wins from 12 races, with another four podium finishes. This was enough to see him beat Red Bull’s Fredrick Rasmussen to the title by 22 points, courtesy of an unusual final race at Interlagos where neither driver could finish in the top five.

In addition to signing Opmeer from Alfa Romeo, Mercedes has also picked up Dani Moreno from McLaren. Moreno was McLaren’s Pro Draft pick in 2020 and ended up beating team-mate James Baldwin by some 60 points across the season.

Mercedes also retains the services of its 2020 signing, also from McLaren, Bono Huis. That gives the brand an impressive line-up of drivers, though it will have to pick from the 2021 Pro Draft as well — and quite how it will juggle a four-man squad in F1 Esports remains to be seen.

As well as F1, Huis and Opmeer will both represent Mercedes in its Formula E team for the new Formula E Accelerate esports event, starting this week, as well as the Virtual Grand Prix season which kicks off this coming weekend.

Hardware 87 Jun 14 by Andrew Evans
After teasing us for much of the past month, Thrustmaster’s new wheel has broken cover — though not exactly how Thrustmaster planned it. According to numerous online store listings the…