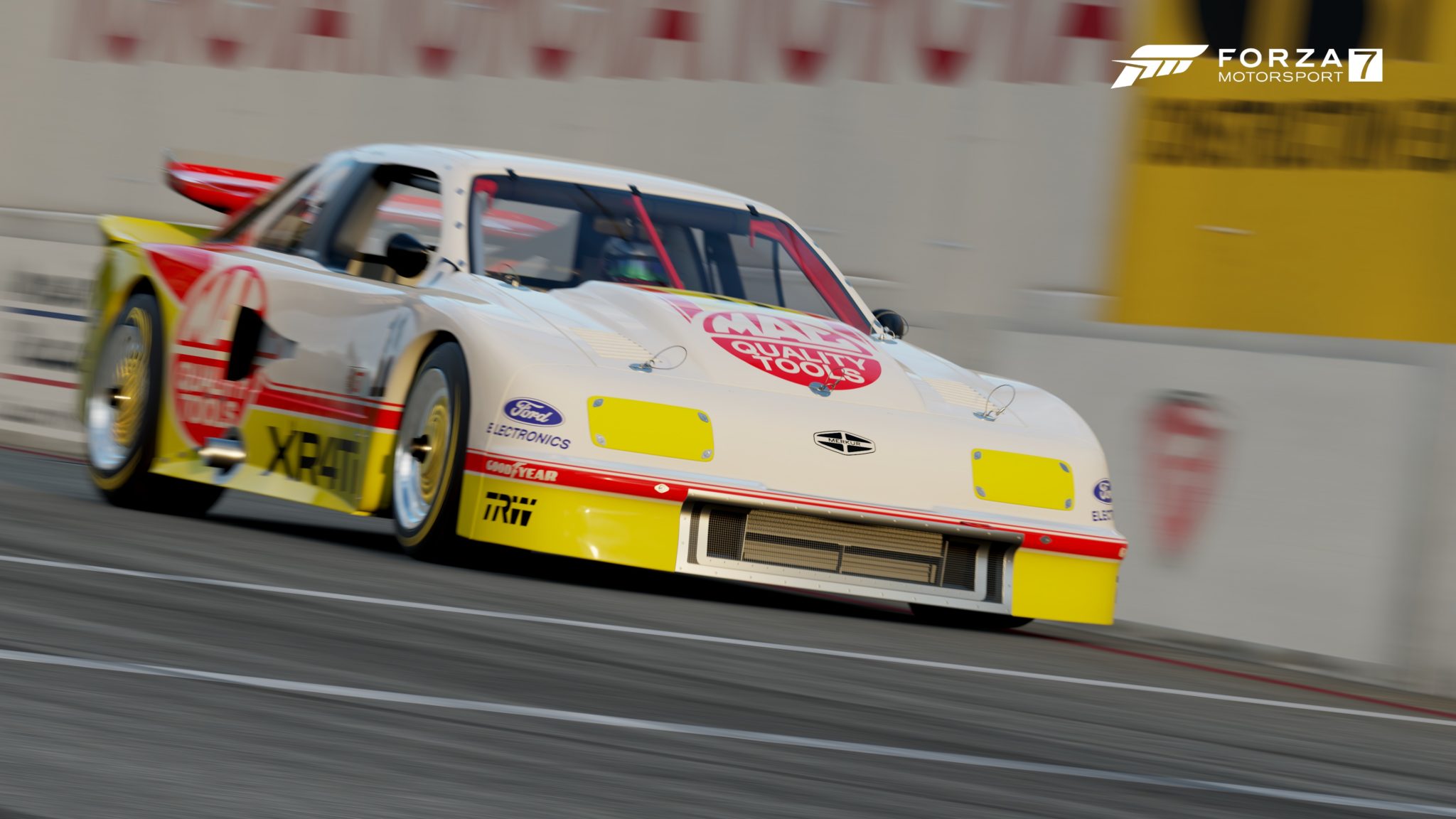 All eyes have been on its free-roaming British sibling, but Forza Motorsport 7 continues to evolve. The latest update for the game landed yesterday, and it brought with it a relic of automotive history: Merkur.

The name may not ring any bells. Merkur was a short-lived Ford experiment in North America, running from 1985 through to 1989. At the time, the Blue Oval was watching tastes skew away from domestic luxury brands and more towards the Germans. There was competition on the other front too, with Nissan, Toyota, and Honda launching their own upmarket brands.

Ford made the decision to import two of its European offerings under a new badge. The Scorpio — its largest Euro-market car — came over largely unchanged. Its smaller cousin the Sierra was a different story, getting reworked sheetmetal, a downsized turbo engine, and a new name: XR4Ti.

It’s the XR4Ti that revives the brand in Forza Motorsport 7 this month. Not just any quasi-Sierra, either: this is an XR4Ti in name only, as underneath lies a tube-framed, 600hp V8 monster.

The #11 Mac Tools Merkur was a force to be reckoned with. Roush prepared the car, while Scott Pruett and Pete Halsmer wrestled with the big V8. After a strong first season in ’86, the XR4Ti was the dominant power in the Trans-Am series. Outside of a single race of 1987 going to Porsche, Pruett and Halsmer had a clean sweep.

Now, Forza 7 players will have the opportunity to tame the beast. Everyone will receive the Merkur for free, allowing them to take part in a new Rivals event. Simply set a time with the XR4Ti, and you’ll get to add another new-to-FM7 car to your garage: the 1999 Lamborghini Diablo GTR. 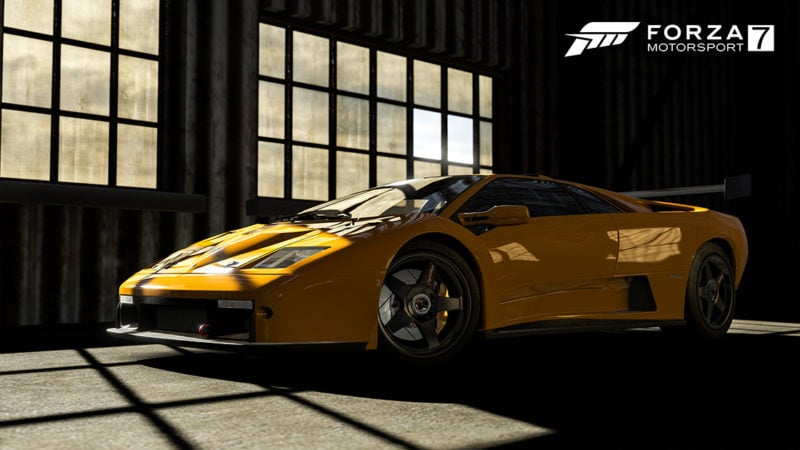 The GTR is a welcome returning classic. Last seen in Forza Motorsport 4 seven years ago, this hardcore evolution of the Diablo has its fair share of fans.

October brings more than just these two cars. The Formula Drift pack from Horizon 4 is now available in FM7 too. If you pre-ordered the newer title, you’ll receive the car pack for free. Otherwise, it’s the usual $6.99 for the full lineup of seven cars.

In addition, a new in-game notice has appeared about prize crates. After the earlier announcement that Turn 10 would be removing them from the game, players now have until the end of the month to open up any still in their inventory. In the system’s place will be a new Race Shop where players can purchase badges, mods, and driver gear via credits.

We expect more info on the Race Shop, as well as a deep dive into the October Update, in Turn 10’s Forza Monthly stream later today. Stay tuned for more Forza 7 info.