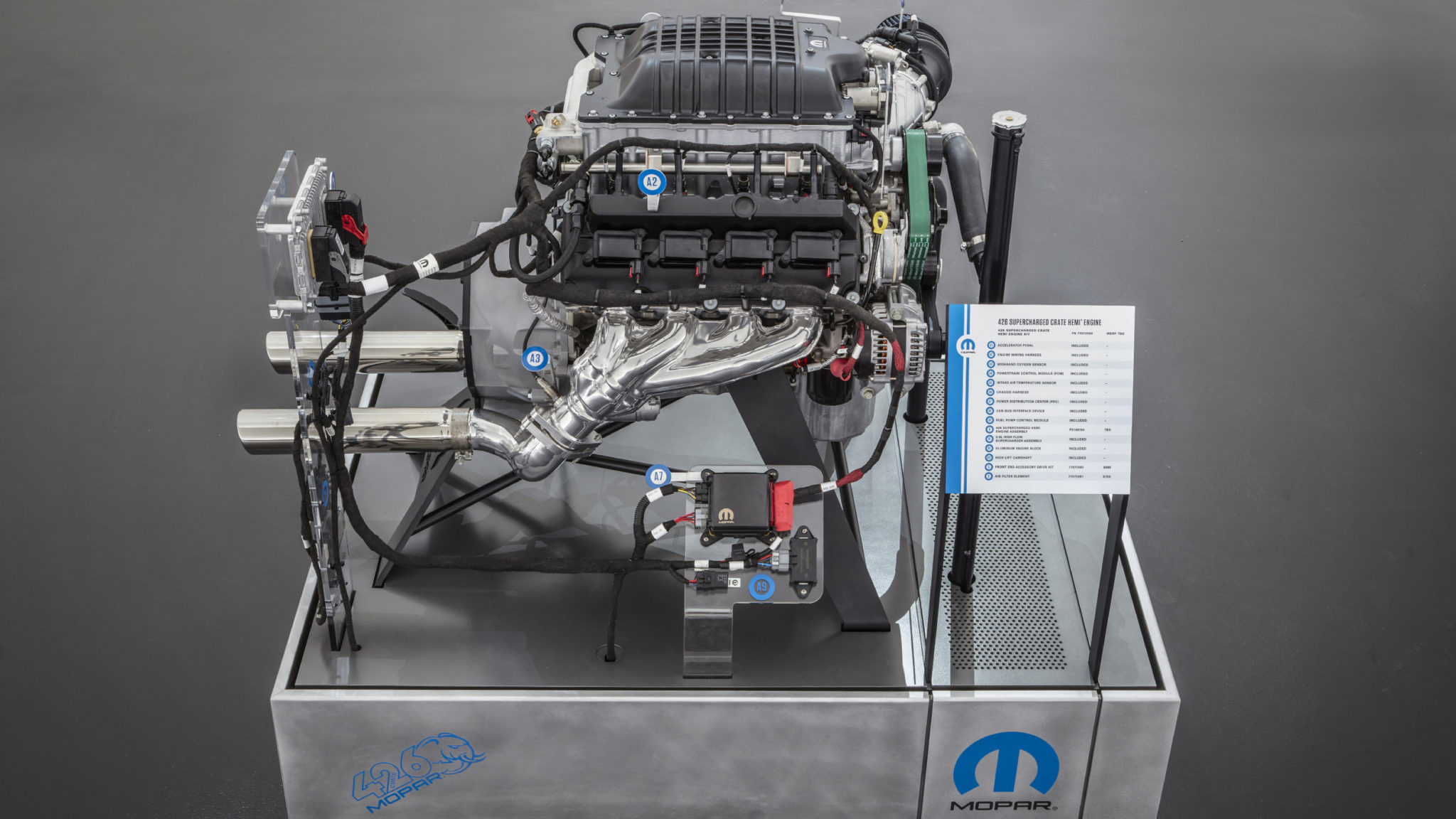 Last year at the SEMA show in Las Vegas, Nevada, Mopar wowed the crowd with its Hellephant crate engine. However, one thing FCA left off the spec sheet was the price. Now we know just how much a 1,000 Mopar ponies will run you.

According to Mopar, the engine by itself will start at $29,995. You’ll also need to pony up an additional $2,265 if you want to make the engine plug and play. This brings the total up to $32,260 if you’re looking for the easiest install.

Still, all things considered at $34.06 per horsepower it’s not that bad of a deal. The 707hp Mopar Hellcrate engine comes out to roughly the same cost per pony.

There are a few drawbacks with the Hellephant though.

For starters, the engine isn’t meant for vehicles that need to pass pollution controls. This means in most states, you’ll need to stuff the Hellephant in a car that’s from 1976 or older if you want to drive it on the road. But, if you want to drive it off-road, then your only limitation is space, your imagination, and, of course, your bank account. 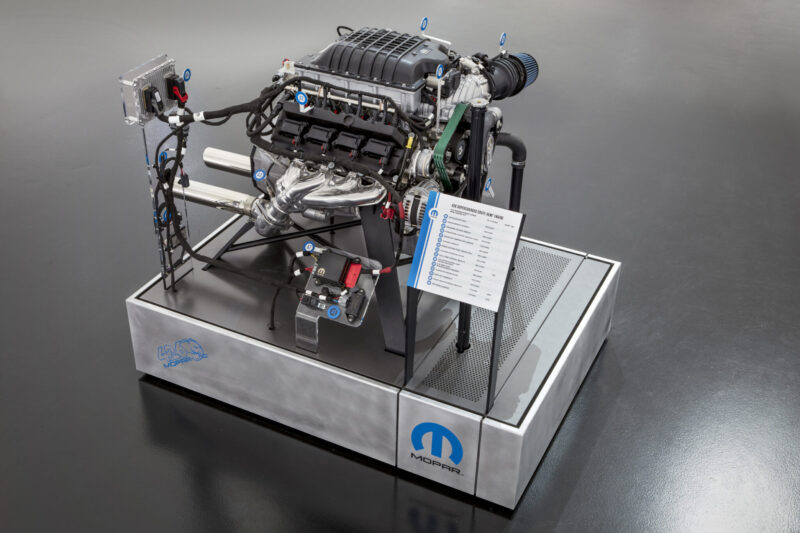 That space is the source of the other drawback too. The Hellephant is a big engine. At 426ci (7.0L) with the added girth of a supercharger, fitting the V8 is no easy task. Despite the size of the Hellephant, it’s relative light. This is thanks to the extensive use of aluminum.

So what is the perfect car to put the Hellephant in? At the SEMA show, Mopar answered that very question with its ’68 Charger concept. But if you’re not keen on cutting up a piece of vintage American muscle, what are your other options?

If it were us, we’d opt for the newest Challenger. Sure, it wouldn’t be street legal, but it would tear up the drag strip. Also, at least on paper, you would end up saving some serious coin over another fast Challenger, the Demon.

If you’re interested in snagging a Hellephant, preorders are currently open. No word on a delivery date though, but we expect the engines to make it to customers this summer.

Andrew Evans · Apr 27, 2019· Comments
Gran Turismo series partner Toyota has revealed a special, limited edition version of its Toyota Yaris hatchback, which not only bears the Gran Turismo 7 name but comes with a free copy of the game and a PlayStation 5 console.

Andrew Evans · Apr 27, 2019· Comments
After it surprisingly revealed a new car at the Consumer Electronics Show (CES) in 2020, Sony has taken the covers off a second model at this year’s show — and it looks like it might be planning to build them.

Andrew Evans · Apr 27, 2019· Comments
Porsche has officially taken the covers off its Vision Gran Turismo car, designed specifically for Gran Turismo 7 when it launches on March 4.

Andrew Evans · Apr 27, 2019· Comments
MG’s specialist design center, SAIC Design in London, has created a new concept car that’s not only inspired by gaming, but a games room itself.

Michael Leary · Apr 27, 2019· 13 Comments
Although Lamborghini has now officially pulled the wraps off its latest nostalgia project, the Countach LPI 800-4, you’re already too late to buy one.

Andrew Evans · Apr 27, 2019· 21 Comments
Genesis has unveiled a trio of new racing car concepts designed in collaboration with Gran Turismo, destined to take their places in the racing game series in the near future.

Andrew Evans · Apr 27, 2019· Comments
Nissan has taken the covers off the latest model of its flagship performance car, the GT-R Nismo, ahead of its market launch later this year.