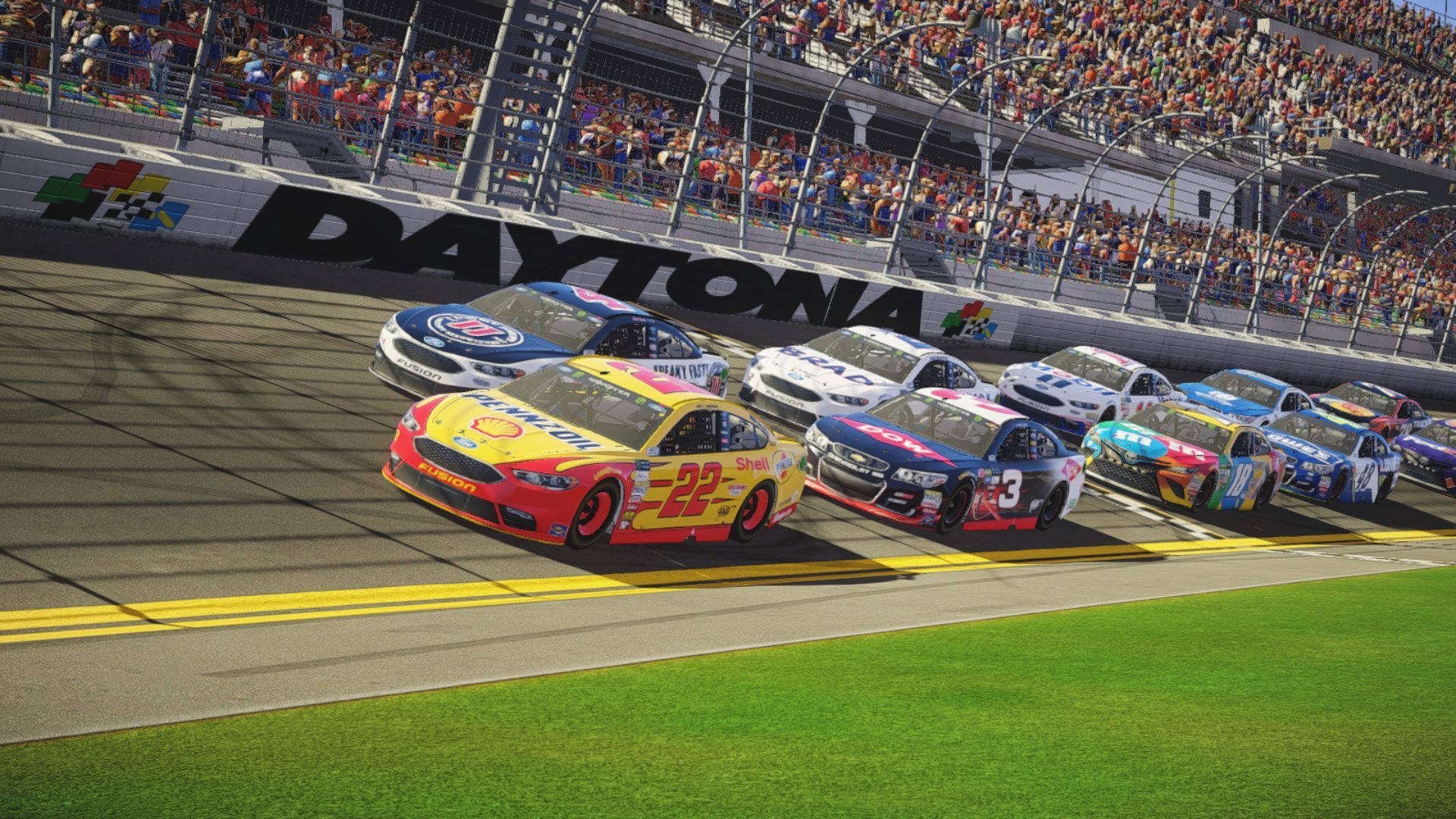 The racing game releases are going to come thick and fast over the next two months. Next on the docket is NASCAR Heat 2, which is out today on all major platforms.

Building off last year’s title, Monster Games has expanded the offerings in NH2. Not only does it include the top-shelf Cup series, but NH2 also folds the Xfinity and Camping World Truck disciplines into the mix.

As you can see in the video thumbnail above, local multiplayer is back too. It’s a modern gaming tragedy that split-screen is becoming less and less common in the genre. Kudos then to Monster Games for realizing nothing replaces playing with a friend in the same room.

The other big change for this year’s title is a complete overhaul of the career mode. To more closely mimmick the real-world experiences of pro race drivers, players will start in hot seat drives. It’s only after they’ve proven themselves over multiple one-off opportunities that they’ll get a steady spot on a team.

In addition, Monster Games has introduced “Momentum”. Basically, players are rewarded for keeping their car in one piece over the course of a race. This gives the pit crew more time towards improving the car, increasing your chances of success.

On-track rivalries could make this more difficult, however. In NH2, repeatedly trading paint with other drivers will cause them to retaliate. At least you’ll be able to say you saw it coming: a pre-race screen will provide a brief run-down of your relationships with your fellow drivers.

Lastly, a new, more detailed livery editor will also debut in NH2. It doesn’t offer quite the amount of freedom as some other games in the genre, but you can get a good sense of it at the tail-end of this video.

Jordan Greer · Sep 12, 2017· Comments
At the recent Gran Turismo World Series Finals in Monaco, I had the chance to be one of the first humans to race against Gran Turismo Sophy, the radical new artificial intelligence system developed by Polyphony Digital and Sony AI.

Andrew Evans · Sep 12, 2017· Comments
The newest Gran Turismo 7 Daily Races are now available, giving players some fresh challenges to occupy them for the next seven days.

Andrew Evans · Sep 12, 2017· Comments
The latest Forza Horizon streams have revealed what players will be getting up to over the next couple of months, with the new Series themes, activities, and rewards for Series 15 and Series 16.

Gary Slater · Sep 12, 2017· Comments
As 2022 begins to enter the closing stages, Forza Horizon 4 welcomes December with an apt Winter season. With festive plans beginning to take shape, players are continuing to hunt down the latest events.

Andrew Evans · Sep 12, 2017· Comments
The final set of Forza Horizon 5 seasonal playlist challenges for the current Series is available from today, with seven more days to get through the donut-based activities.

Andrew Evans · Sep 12, 2017· Comments
The latest seasonal preview for Forza Horizon 5 will stream later today, Thursday December 1, revealing what new content, challenge, accolades, events, and world changes are coming up for players over the next couple of month.